In 1959, trailblazing Asian American actor Anna May Wong lamented that “when I die, my epitaph should be: ‘I died a thousand deaths,’” referring to the many times her characters were killed off in her movies.

More than six decades later, Wong’s observation sadly remains relevant. In 2019, over a quarter of Asian, Asian American and Pacific Islander (API) characters in the year’s top 100 movies at the box office were dead by the end of the movie, and all but one died violently. This is just one of a slew of harmful tropes about API people and communities that many Hollywood creators continue to perpetuate on-screen, according to a new study released Tuesday.

The new analysis, funded by Amazon Studios and UTA Foundation, utilized the Annenberg Inclusion Initiative’s existing database of the top 100 highest-grossing films each year from 2007 to 2019, the basis for the group’s annual studies on representation in Hollywood. Yuen, Smith and a team of researchers and students took a deeper look at API representation in the 1,300 films and 51,159 speaking characters in the database.

Only 5.9% of the characters were API, not proportionate with the 7.1% of the U.S. population that identifies as Asian, Native Hawaiian or Pacific Islander. Just 44 out of the 1,300 films had a lead or co-lead actor who was API. Of the 44, 14 of them starred Dwayne “The Rock” Johnson.

The results were even more paltry for API women: in 13 years, just six of the top-grossing films had API women as the lead or co-lead.

“White male actors named Ben, Chris, Daniel, James, Jason, John, Josh, Michael, Robert, Sean, or Tom were far more likely to be hired as the top actor in a film than an API woman actor with any name auditioning in all of Hollywood,” the study found.

The team also zoomed in on the characters from the top movies of 2019 to better understand how API people are portrayed in the few instances when they do appear on-screen. The study found that API roles are rarely leading characters and are often “silenced, stereotyped, tokenized, isolated, and sidekicks/villains.” For example, 67% of the characters “reflect tired tropes,” such as the mocking depiction of Bruce Lee in Quentin Tarantino’s “Once Upon a Time in Hollywood.” As many as 30% of the characters were either the only API character in the entire film or interacted with no other API characters. 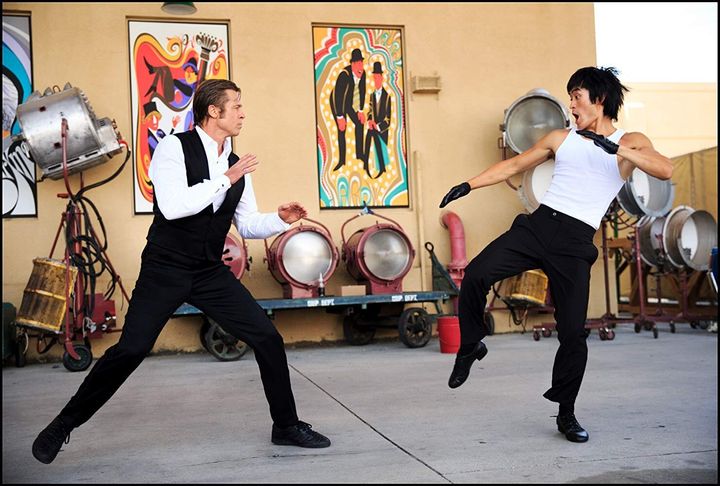 Only 13% of the API characters “had a full spectrum of relationships” in their films, where “audiences know about their family, friends and romantic interests.” Recent examples include Destiny (Constance Wu) in “Hustlers,” Dr. Bravestone (Dwayne Johnson) in “Jumanji: The Next Level,” Jack Malik (Himesh Patel) in “Yesterday” and Kim Ki-woo (Choi Woo Shik) in “Parasite.”

Many of the films featured “violence, death, and disparagement” of API characters, which is particularly alarming in a time when Asian Americans are facing a surge in racist violence because of the COVID-19 pandemic. The characters often amplified insidious tropes, like the ways Asian Americans are seen as “perpetual foreigners,” reinforced by movies in which characters speak with exaggerated Asian accents or are portrayed as not understanding English. Many of the films in the study contained Asian women who were hypersexualized. The study also found that 58% of the Asian male characters had no romantic partners on screen, perpetuating another long standing trope in pop culture: the emasculation of Asian men.

In 2018 and 2019, nearly half of the 200 highest-grossing films had zero Asian characters or gave them only five lines of dialogue or fewer, according to the study.

The results are even more dismal when examining intersectionality: API characters tend to be “predominantly young and largely male, straight, and able-bodied,” the study concluded. In addition, there are disparities in which API ethnicities and nationalities get represented on-screen. According to the study, Asian actors in the top-grossing Hollywood films are most commonly of Chinese, Indian, Korean or Japanese descent, and most other ethnic groups are severely underrepresented.

Time and time again, studies like these find that a lack of authentic and nuanced representation on-screen is tied to a lack of representation off-screen. Across the 1,300 films in the study, only 3.5% of directors were API — including a grand total of just three API women in 13 years. No API woman was credited as the sole director of a live-action top-grossing feature film between 2007 and 2019, the study found. And only 3.3% of casting directors and 2.5% of producers were API.

“People often ask me whether representations of Asian Americans and Pacific Islanders are improving,” Yuen, an associate professor at Biola University and the author of “Reel Inequality: Hollywood Actors and Racism,” said in a press release. “Unfortunately, when representation looks like tokenism, Hollywood is doing the bare minimum for inclusion.”