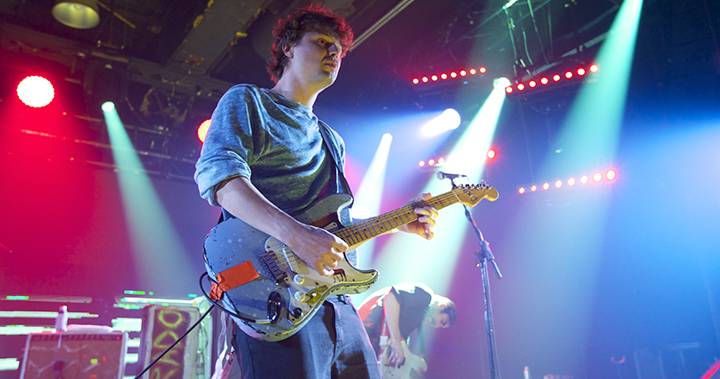 Along with a brand new single, One Last Time, it was also revealed on Sunday afternoon that the four-piece would be calling it quits after releasing the album and conducting one final tour.

Hollerado was formed in Ottawa in 2007. Since then, they’ve released three albums, a number of demos and EPs, and even launched their own record label Royal Mountain Records (PUP, Mac DeMarco, Calpurnia), in 2009.

“It was 12 years ago yesterday that we played our first ever show at our friend’s bar in Montreal for $40 and a whole bunch of weed,” the band wrote in a lengthy Instagram post. “Since then, we’ve had the best time, all the time, and now it’s time to move on to other things.”

“All adventures have an end and we feel that we have reached ours,” they added. “We wanted to say goodbye by making one last record.”

Retaliation Vacation will be released under Royal Mountain Records on June 7. It’s the band’s first album produced, engineered and mixed by themselves.

Hollerado performs at the 2013 Wolfstock festival in Peterborough, Ont.

Although many fans are sad to hear of the group’s demise, the guys wanted to make sure people knew there was no bad blood and that their decision was mutual.

“We are all still best friends in the world,” they ensured, “and will cherish every second that we got to spend playing music together.”

“Of course we’re gonna do one last tour and it’s going to be the best time ever,” they wrote. “We’re gonna play with all our dear friend bands and maybe even coax a few out of retirement (we’re looking at you Free Energy, Fang Island, Young Rival, Malajube, Topanga, Bob Marley).”

“The thing we are most grateful for is the friends we made along the way,” they added.

“Much love, thanks, and beautiful memories (and some still to come), Menno, Nick, Jake and Dean,” they concluded.

A number of close friends and fans took to Twitter to share their sadness and kind words regarding Hollerado’s impending disbandment.

The band also hinted at one final performance on The Strombo Show, where Canadian radio DJ and journalist George Stroumboulopoulos often invites local or popular bands to perform in his own home — or the ‘House of Strombo.’

“As if we’re not stopping by for one last lil’ rip at Strombo’s house,” wrote Hollerado.

(L-R) Nixon Boyd, Jake Boyd, Menno Versteeg and Dan Baxter of Hollerado pose on the red carpet at the 2011 Juno Awards at the Air Canada Centre on March 27, 2011, in Toronto.

As of this writing, Hollerado has only revealed their final show, which takes place at Toronto’s Danforth Music Hall on Dec. 13.

More are expected to be announced soon. “If you don’t see your town,” wrote the band, “don’t hesitate to ask. We’ll do our best to make it work.”