“Ideally,” the painter Frank Auerbach once said, “one should have more material than one can possibly cope with.”

For more than 50 years, the artist Lawrence Weiner has worked with a primary material so plentiful as to be practically endless: words. And he has made his language-based works on so many different kinds of surfaces — walls, floors, windows, matchbooks, manhole covers, hats, drinking glasses, industrial fish crates that wander through ports like vagabond billboards — it sometimes seems as if there is no place where a Lawrence Weiner could not conceivably appear. But Mr. Weiner, who turns 77 in February, has long held a special reverence for artist’s books, of which he has made dozens, some in humble editions so small he distributed them himself by leaving them behind in coffee shops. (“I still do,” he says. “I just don’t tell anyone.”)

Mr. Weiner is one of the fathers of Conceptual art, which, beginning in the 1960s, attempted to turn its back on object-making and instead present ideas themselves, in the most evanescent of forms, as art works. His foundational 1968 statement helped set the terms of the movement, or at least the terms of the debate over its terms:“1. The artist may construct the piece.

“2. The piece may be fabricated.

“Each being equal and consistent with the intent of the artist the decision as to condition rests with the receiver upon the occasion of receivership.” 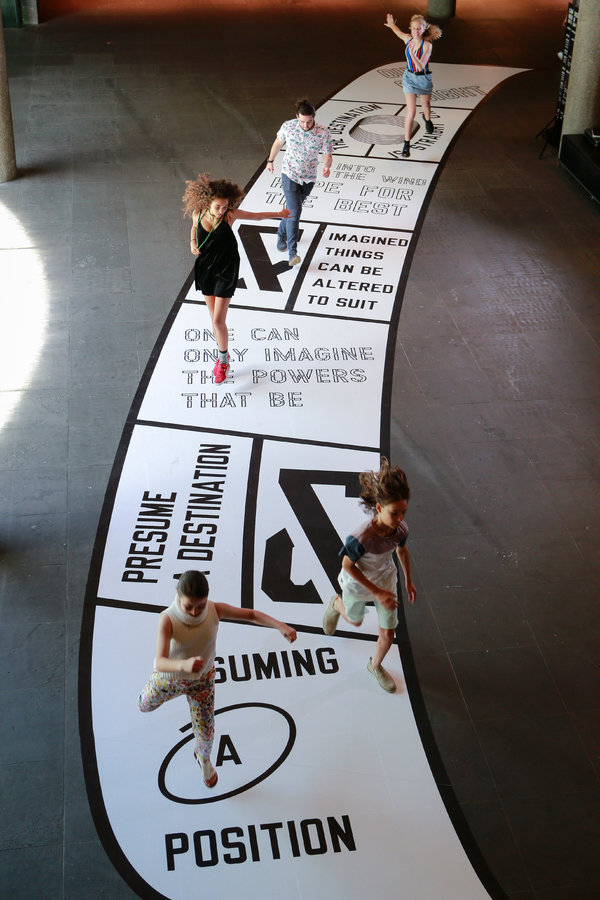 If you think of this three-point proposition as the Father, Son and Holy Ghost of the Conceptualist creed, Mr. Weiner’s work has often existed in Holy Ghost mode. Works like “An Object Tossed From One Country to Another” (1969) or “Stacks of Severed Trees Laid Beside a Fissure in the Earth” (2007) remain purely linguistic sculpture, verbal descriptions of actions or states not enacted or embodied; an object is not tossed; trees are not severed.

In 2004, during a visit to Berlin, slightly bored and perched on a bar stool, Mr. Weiner struck up a conversation with a man next to him, the London designer and artist Jonathan Ellery, a founder of Browns studio. The two stayed in touch, writing, seeing each other when they happened to be in the same city. Their deepening conversations led to the idea of making a book together, but for years the plan seemed destined to stay a kind of Holy Ghost. “It very well might have never happened, because we’re both at ease with things that aren’t supposed to be,” Mr. Ellery, 54, says. “But then it came together.”

The highly anticipated book, “Here It Is, Here It Aint,” to be published in January by Browns Editions, is an elliptical 68-page waltz of words and images that shimmies poetically away from attempts to elucidate narrative or metaphor, though it may be offering some considerations about the present political climate. (Mr. Weiner’s phrase “With a Lateral Move Forward,” in bright red lettering, is the first thing the reader sees.) It is the first collaboration in many years by Mr. Weiner, who has previously made books with fellow artists like Edward Ruscha and John Baldessari and writers like the French scholar Luc Vezin.

RANDY KENNEDY At the time you met Lawrence in Berlin, did you know who he was?

JONATHAN ELLERY No idea. Just the other guy at the bar. A perfect way of meeting, really.

LAWRENCE WEINER We got to know each other and we kept talking. And I must say I like to work with people who are good at what they do, who know how to do things. I relate it to brushing your teeth before you go out on a date.

WEINER I mean there’s a dignity and respect that should be involved in making something. In getting it right. Making the design suit the gravity of what you’re trying to put out.

KENNEDY You’ve collaborated often on books, but this is the first time with someone who hails primarily from the design world.

WEINER People often see art and design as very, very different worlds, but I disagree. Every time you make a work of art and have to show it to somebody, there are theatrics involved. Theatrics require a sense of design.

ELLERY: Lawrence has always been well loved in the design world but mostly, I think, because he works with type. It suits designers. They’re not thinking much deeper. They just like the aesthetic: ‘Oh, it’s type!’ But for me, Lawrence was the only person I’d ever worked with who had done more books than I had. His team was as sharp as me and my team about ink and paper and binding, about smell and feel.

WEINER Which was lucky. But I think we’re missing the point of what’s worthwhile to talk about. It’s not about the specifics. It’s about the concept. Why would you throw a very talented designer and, it turns out, a reasonably talented artist together in the same pot? It’s what we thought we were going to get that interested me.

KENNEDY What did you hope for? Many years ago you described the ideal condition of being an artist as being ‘perplexed in public … because the artist was to be invested in things that did not have a pat answer.’

WEINER We’re stuck in an aesthetic now in the art world where people have the answer and then try to rationalize the question. We did this in order to enter something into the culture in a way that the culture has to adapt in order to use it. Well, that’s what art should do!

ELLERY This morning I found an email Lawrence sent me a couple of years ago, when we were really working toward something. He said: ‘My envisagement of the work would be like one of those people on the street with a cardboard box and three walnut shells and the public is supposed to find which shell the pea is under, very much like three-card monte. And all of the images that inspired you would be translated into a composite image, a development that would allow us to speak of our anguish and speak of our aesthetics in a presentation of line and form.’ It ends: ‘I think that with the inherent talents we have, we can come up with an innate book that, when found, requires no explanation other than itself, because in fact it does not refer to anything but itself.’

KENNEDY Do you think the book feels like a document of its time?

ELLERY Through most of it there was Brexit and Trump, and we enjoyed the freedom of being international when it seems that no one wants anyone to be international anymore. So that was certainly the backdrop, certainly in our minds. As for the book itself …

WEINER I don’t really know what ‘a document of its time’ means. I think of this as two people who have a tendency to tell the truth and of the possibility that truth might collect. I’m very pleased we got a book out of this. I thought we were going to lose our friendship in the middle, if you want to know the truth. It didn’t look good.

ELLERY It’s not easy to put two strong sensibilities together, even if the people tend to get on with each other.

WEINER This was about making each one of these pages into the right thing without having to explain it. You miss it sometimes, you don’t see it the same way. What can you do?

ELLERY There’s a page of mine in the book with writing that says ‘A soft landing is not a given.’ And it wasn’t. It’s wonderful to have this book in the world, but it was quite rough along the way. As I guess it should be. But I wouldn’t recommend it to anyone. Would you, Lawrence?

WEINER Oh, God no. Not unless you’re a masochist. 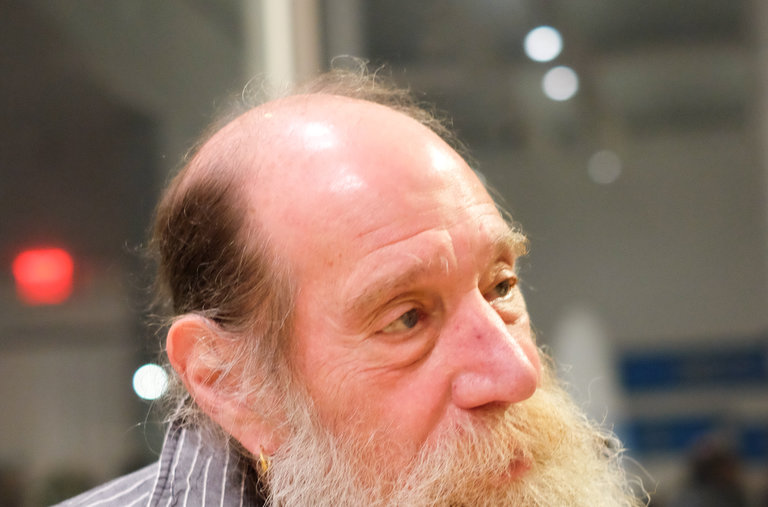 Randy Kennedy has written about the art world since 2005. He was a reporter at The Times for 25 years and is the author of “Presidio,” a novel published in 2018. @randykennedy3