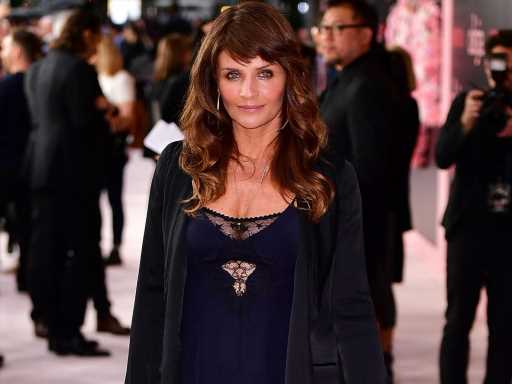 Yet again, Helena Christensen lit up our Instagram timelines with another sensational and ethereal photo we think should be framed in a museum. On Oct 13, Christensen posted a photo to her Instagram story, and we’re seriously getting nature princess and fairy vibes from it. She posted the one-off photo without a caption, but let’s face it, a caption isn’t needed for this masterpiece of a photo. 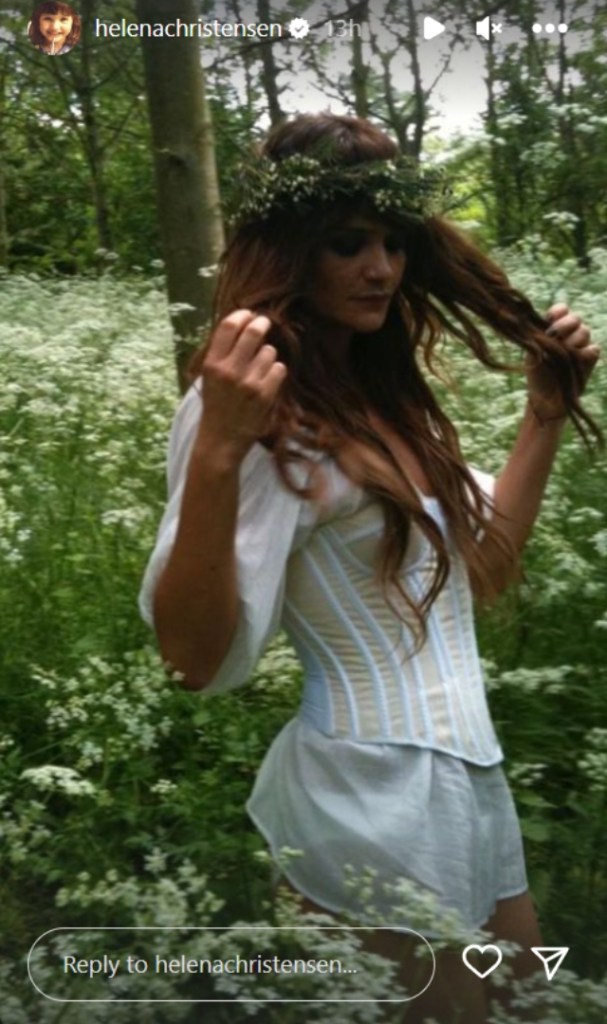 In the photo, we see Christensen rocking a simple silk ensemble of a matching white lantern-sleeved shirt and shorts, along with a skintight white corset that shows off her every curve. Her brown hair is flowing against the wind as she’s wearing a flower crown from the flowers in the field.

Whether it be an ethereal shoot like this or a stunning lingerie photo, Christensen knows how to have all eyes on her.

Christensen started modeling in the 1990s and has since risen to supermodel status since appearing in campaigns for Revlon, Chanel, Versace, Lanvin, and more, along with being a former Victoria’s Secret Angel. Along with being a supermodel, she was the co-founder of Nylon magazine, a designer, and a huge body positivity advocate.

The icon is known for sharing her ideals of embracing every curve. “Curves should be shown off when you feel like it,” she shared with Harper’s Bazaar. However, she’s “so grateful that social media wasn’t part of [her] job as a young model” because Instagram “can become like a vortex.” Luckily, she’s making such a gorgeous and safe space on the internet for people to embrace their sexuality and curves.