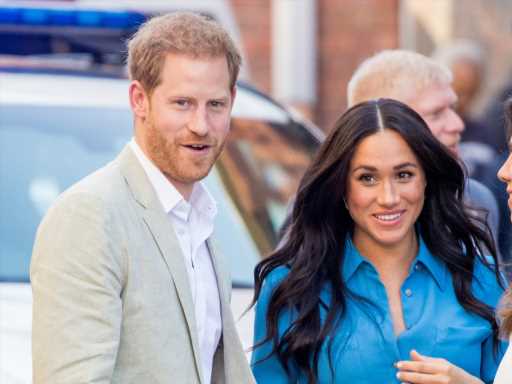 Prince Harry and Meghan Markle had a successful visit to the U.K. during Queen Elizabeth II’s Platinum Jubilee. It may not have been exactly what they had hoped for in terms of introducing their daughter Lilibet to her great-grandmother, but they made sure the attention was solely on the Queen’s milestone celebration.

The couple reportedly attended the event to “mend fences” with Harry’s family, but royal author Duncan Larcombe told The Sun that he believes the Sussexes ran into a “brick wall” when it came to making headway in the feud. They left the Netflix cameras for their docuseries back in the U.S., but they also weren’t allowed to have a photographer take any pictures of the Queen meeting Lilibet. The palace was reportedly worried the images would make their way onto the TV show, so it indicates there is a lack of trust when it comes to Harry and Meghan.

“The test really begins now for Harry and Meghan,” Larcombe explained. “They have come to the U.K. and to the Jubilee and really cemented themselves as royals again, which is great for their brand and something that Spotify, Netflix and Penguin will be eating up.” He thinks the palace will be monitoring “their behavior moving forwards” to see if there is a place for them in the royal family in the future. The expert noted that “an olive branch has been extended,” but it’s now up to the Sussexes to be discreet and not reveal family secrets in their Netflix series or Harry’s book.

Larcombe is calling it “last-chance saloon” for the couple, but if they “prove they can be trusted,” it will “a huge step in the right direction” toward a “new beginning.” If they don’t follow the wishes of the palace, the couple could be “cut off” for good. Let’s see how the whole situation plays out because this story has had more unexpected twists and turns than anyone could have ever imagined.