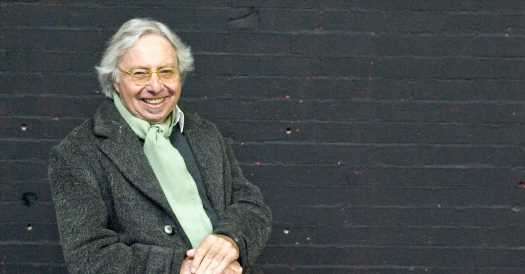 Harold Budd, a composer and pianist known for the preternatural spaciousness and melancholy calm of his music, and for his collaborations with art-pop artists like Brian Eno and Cocteau Twins, died on Dec. 8 in Arcadia, Calif. He was 84.

The cause was complications of Covid-19, which he contracted at a short-term rehabilitation facility while undergoing therapy after suffering a stroke on Nov. 11, his manager, Steve Takaki, said in an email.

Born in Los Angeles, Mr. Budd grew up close to the Mojave Desert, a likely inspiration for the sparsity and vastness his music could evoke. Engaged initially by free jazz, John Cage’s avant-garde innovations and early minimalism, he broke with all of those styles to create a signature sound that centered on the piano, soft-pedaled, sustained and suspended in a corona of reverberation and drone.

That sound, which Mr. Budd began to develop in 1972, found its initial fruition on “The Pavilion of Dreams,” a 1978 album produced and released by Mr. Eno. In 1980, Mr. Budd and Mr. Eno jointly created “Ambient 2: The Plateaux of Mirror,” a watershed work for both artists, not least for its feeling of unhurried, organic spontaneity. For their next collaboration, “The Pearl,” released in 1984, they brought in a second credited producer, Daniel Lanois.

“I just want to say one thing again clearly right now: I owe Eno everything,” Mr. Budd proclaimed in a 2016 interview with L.A. Record, a music publication. Recording with Mr. Eno in London had “opened up another world for me that I didn’t know existed,” he said, “and suddenly I was a part of it.”

Mr. Budd would go on to work with other artists active in popular music, including Andy Partridge of XTC and John Foxx, a founder of Ultravox. A collaboration with the Scottish trio Cocteau Twins, whose music shared with Mr. Budd’s a quality of esoteric reverie, produced the 1986 album “The Moon and the Melodies.” An enduring bond with Robin Guthrie, the Cocteau Twins guitarist and songwriter, resulted in several film scores and duo albums. The latest, “Another Flower,” was recorded in 2013 but released this month.

Mr. Budd announced his retirement from music in 2004, but within a few years he was working again, with fresh vitality and variety. “Bandits of Stature,” issued in 2012, comprised 14 succinct pieces for string quartet. By 2018, Mr. Budd was collaborating with chamber groups in concerts that amounted to career retrospectives, including a high-profile appearance at the 2019 Big Ears Festival in Knoxville, Tenn.

When Mr. Budd died, Mr. Takaki wrote in an email, he had recently completed 19 new string quartets. Some had been recorded this year. Others have yet to be performed. Preparations to transcribe and edit Mr. Budd’s solo piano music and chamber works for publication began during the summer, and will continue. 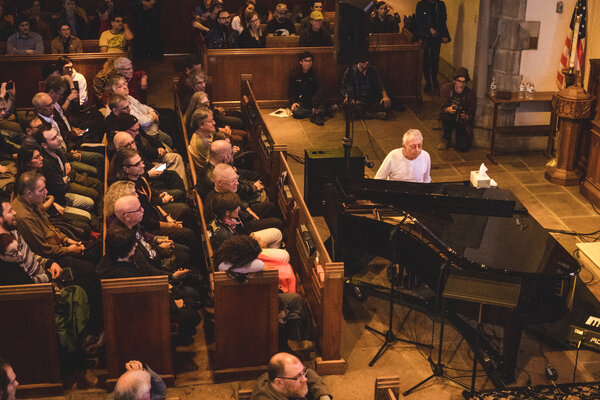 Harold Montgomery Budd was born on May 24, 1936, to Harold Budd, who worked in the textile industry, and Dorothy (McNeill) Budd, a homemaker. His father died when he was 13, resulting in financial hardship that prompted the family to move to Victorville, on the edge of the Mojave Desert.

An early interest in jazz led Mr. Budd to take up the drums. He played nightclub dates in Los Angeles while working days at Northrop Corporation, the aircraft manufacturer, to support his family, and later attended Los Angeles Community College. Drafted into the Army, Mr. Budd performed in a band with the saxophonist Albert Ayler, who would later achieve renown as a free-jazz firebrand.

On his return to civilian life, Mr. Budd enrolled at California State University, Northridge, where he studied with Gerald Strang, a protégé of the formidable modernist Arnold Schoenberg, earning his bachelor’s degree in 1962.

Awarded a scholarship to study composition with Ingolf Dahl at the University of Southern California, Mr. Budd discovered a foundational inspiration in the painter Mark Rothko, whose canvases he described as “brilliant blasts of color that simply engulfed you,” according to a biographical essay on his website. Informed by the jury to whom he presented his master’s thesis that a 1966 orchestral homage titled “Rothko” was too rhythmically difficult to perform, he proved his critics wrong, he said, earning his master’s degree in composition that year.

John Cage exerted an influence, though less for his music than for his ideas and his courage in forging a career outside of the academy. Works like “Magnus Colorado” (1969) and the 24-hour “Lirio” (1971) involved reverberant gongs and controlled lighting, fusing Mr. Budd’s compositional ideas with his interests in visual art and installation. For “The Oak of the Golden Dream” (1970), Mr. Budd used the Buchla Box, an early synthesizer, to pair an unwavering bass drone with an incantatory treble melody, in a manner reminiscent of Terry Riley’s early works.

Gripped by a growing sense of sterility in the classical avant-garde while teaching composition at the California Institute of the Arts from 1970 to 1976, Mr. Budd retreated from public work; privately, he explored the unambiguous melodic simplicity he found in medieval and Renaissance music.

His composition “Madrigals of the Rose Angel” (1972) marked the birth of his mature style. A recording of the piece reached Mr. Eno, whose own thinking about music, listening and atmosphere was coalescing into what he would term “ambient” music — one of many labels, including “New Age,” that Mr. Budd resisted. “I just have utterly no interest in that sort of thing,” he said of such categorizing in a 2014 interview with The Guardian.

Despite the break with past work, some essence of Mr. Budd’s early influences remained. “The Pavilion of Dreams” featured the alto saxophonist Marion Brown, a colleague of John Coltrane. It included the hymn “Let Us Go Into the House of the Lord,” in an arrangement inspired by that of the Coltrane acolyte Pharoah Sanders, and “Butterfly Sunday,” a reworking of Coltrane’s “After the Rain.” Other collaborators on the album included the English experimental composers Michael Nyman and Gavin Bryars.

From that point, and especially after “Ambient 2: The Plateaux of Mirrors,” Mr. Budd charted a course that rarely wavered, yet accommodated abundant variety and discovery. He performed alone and with groups, recorded with poets and wrote poetry of his own, and made two albums of improvisations with the video artist Jane Maru.

Mr. Budd is survived by two sons, Matthew and Terrence, from his first marriage, to Paula Katzman; and by another son, Hugo, from his marriage to Ellen Wirth, who died in 2012. Mr. Budd’s brother and step-sister died before him. He lived in South Pasadena, Calif.

Throughout his career, Mr. Budd maintained an extraordinarily coherent vision. “There’s a whole world fraught with possibilities in consonant music,” he told The New York Times in a 1987 interview. “In Beethoven, a consonant chord had a function, but in my music the focus has shifted to consonance as a thing in itself,” he continued. “I hear an absolute whole life in consonant chords.”