The Solomon R. Guggenheim Museum in New York said on Friday that it did not plan to accept future gifts from the family of Mortimer D. Sackler, a philanthropist and former board member whose money has been met with growing unease in the art world as his family’s pharmaceutical interests have been linked to the opioid crisis.

The Guggenheim’s decision was announced one day after Tate, which runs some of the most important art museums in Britain, announced a similar move, saying that “in the present circumstances we do not think it right to seek or accept further donations from the Sacklers.”

Earlier this week, Britain’s National Portrait Gallery also spurned the Sackler family, saying it would not accept a long-discussed $1.3 million donation from one of the family’s foundations, the London-based Sackler Trust.

The Guggenheim announced its decision on Friday in a brief statement that did not mention the opioid crisis or Mr. Sackler’s past on the museum’s board. A museum spokeswoman declined on Friday night to explain its rationale for the move or its decision-making process.

In the statement, the museum said members of the family had donated $9 million to the Guggenheim between 1995 and 2015, including $7 million to establish and support the Sackler Center for Arts Education. The spokeswoman said the center’s name was contractual and the museum had no plans to change it.

“No contributions from the Sackler family have been received since 2015,” the statement said. “No additional gifts are planned, and the Guggenheim does not plan to accept any gifts.”

Representatives for the Sackler family were initially unaware on Friday of the Guggenheim’s decision, which was earlier reported by the website HyperAllergic. A spokeswoman for Mortimer D. Sackler said in a statement that the family’s commitment to philanthropy had not wavered.

“It has been a privilege for Mortimer Sackler to serve on the Guggenheim’s board of trustees for nearly 20 years and to support the vital work of the museum,” the statement said.

“For more than half a century, several generations of Sacklers have supported respected institutions that play crucial roles in health, research, education, the arts and the humanities and remain committed to doing so,” it said. “Unfortunately, the current climate of litigation has created false impressions that we are working to clear up.” 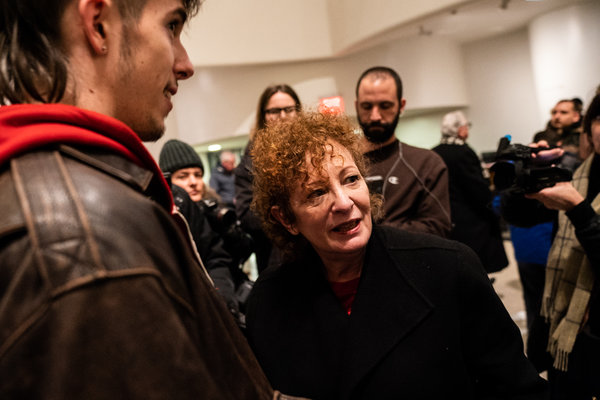 The decision by a series of leading institutions to spurn gifts by the Sacklers, major donors on both sides of the Atlantic, is a potent sign of the deepening disquiet within the art world over the family’s connection to the opioid crisis.

Members of the Sackler family own Purdue Pharma, the manufacturer of OxyContin, a powerful and enormously profitable painkiller whose aggressive marketing in the 1990s is widely seen as a root cause of the opioid crisis. In 2007, Purdue’s parent company pleaded guilty to a federal felony charge of misbranding OxyContin with the intent to defraud or mislead.

The company currently faces hundreds of lawsuits over its links to the opioid crisis, and a smaller number of lawsuits has been filed against individual members of the Sackler family. More than 200,000 people have died in the United States over the last two decades from overdoses of prescription opioids.

The Sacklers have donated substantial sums of money to cultural institutions in Europe and the United States through five foundations that have been run by family members, including Mortimer and Raymond Sackler, brothers who served as co-chief executives of Purdue.

(The descendants of a third brother and co-owner of Purdue, Arthur Sackler, have said they have not profited from the sale of OxyContin because his shares were bought by Mortimer and Raymond before it was invented, according to The New Yorker.)

Members of the family have donated millions of dollars to cultural institutions since the 1970s, and their generous giving continued after OxyContin hit the market in 1996. In some years, the Mortimer D. Sackler Foundation has listed Purdue Pharma as one of its sources of money.

Last month, Daniel Weiss, the president and chief executive of the Metropolitan Museum of Art in New York, said in a statement that it valued its longstanding relationship with the Sackler family, whose name is on the wing housing the museum’s showpiece Temple of Dendur.

But he said the museum was “currently engaging in a further review of our detailed gift acceptance policies, and we will have more to report in due course.”

“The Sackler family has been connected with the Met for more than a half century,” Mr. Weiss’s statement said. “The family is a large extended group and their support of The Met began decades before the opioid crisis.”

A spokesman for the Met said on Friday that it had nothing to add to Mr. Weiss’s statement.