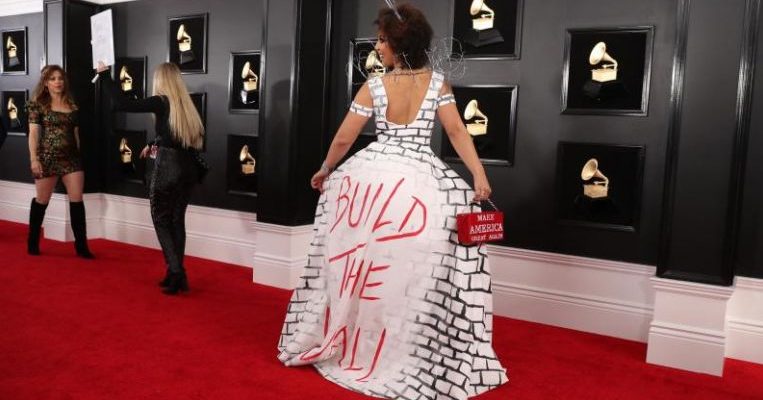 LOS ANGELES (DPA) – Joy Villa, who takes advantage of her Grammy spotlight every year, stuck with her right-wing message at the show on Sunday (Feb 10).

The 27-year-old singer walked the red carpet as President Donald Trump’s controversial border wall, complete with barbed wire on her shoulders, a spiked headpiece and a Make America Great Again (one of his campaign slogans) purse.

“I’m part Latina. I’m black, and I believe in what the president’s saying,” she told the Los Angeles Times.

Villa, known more for her support of the president than for her music, wore a Make America Great Again gown at the 2017 Grammy Awards and a pro-life dress with an image of a foetus at the show in 2018.