Following a Discord listening event and an album release party in downtown LA, the new album SHEESH! from GOON DES GARCONS* is now available for streaming.

SHEESH! shows the lyrical range of GOON DES GARCONS* as he raps about cinematic snapshots of life in Los Angeles. The debut album from the rapper includes 11 tracks that range in emotion and style, which relate to its title. His voice is complemented with features from other up-and-coming rappers like Na-Kel Smith and Reese LAFLARE, and Cuco on a moody track called “A24.” Signed to Def Jam, GOON DES GARCONS* has been working on his album since last year, but pivoted to create its current sound. “I restructured the album based on how I had been feeling but I couldn’t figure out how I was feeling to save my life. I just always caught myself saying sheeesh,” says the rapper. “I noticed ‘sheesh!’ has infinite moods to it depending on the context. Happy sheesh. Sad sheesh. Shocked sheesh. That was the only word that completely defines what this album feels like to me.”

While GOON DES GARCONS* is originally from Arkansas, he’s been able to build a community of his own, both online and in real life. Hosting an album listening on Discord earlier this week, GOON DES GARCON* organized the event for “all [his] people that have been waiting on the album and don’t necessarily live in LA.” Exchanging SHEESH!-inspired memes and chatting with fans, GDG* says that his Discord isn’t only for music. “We just be clowning each other, it’s fun. My own little community,” says the rapper.1 of 3 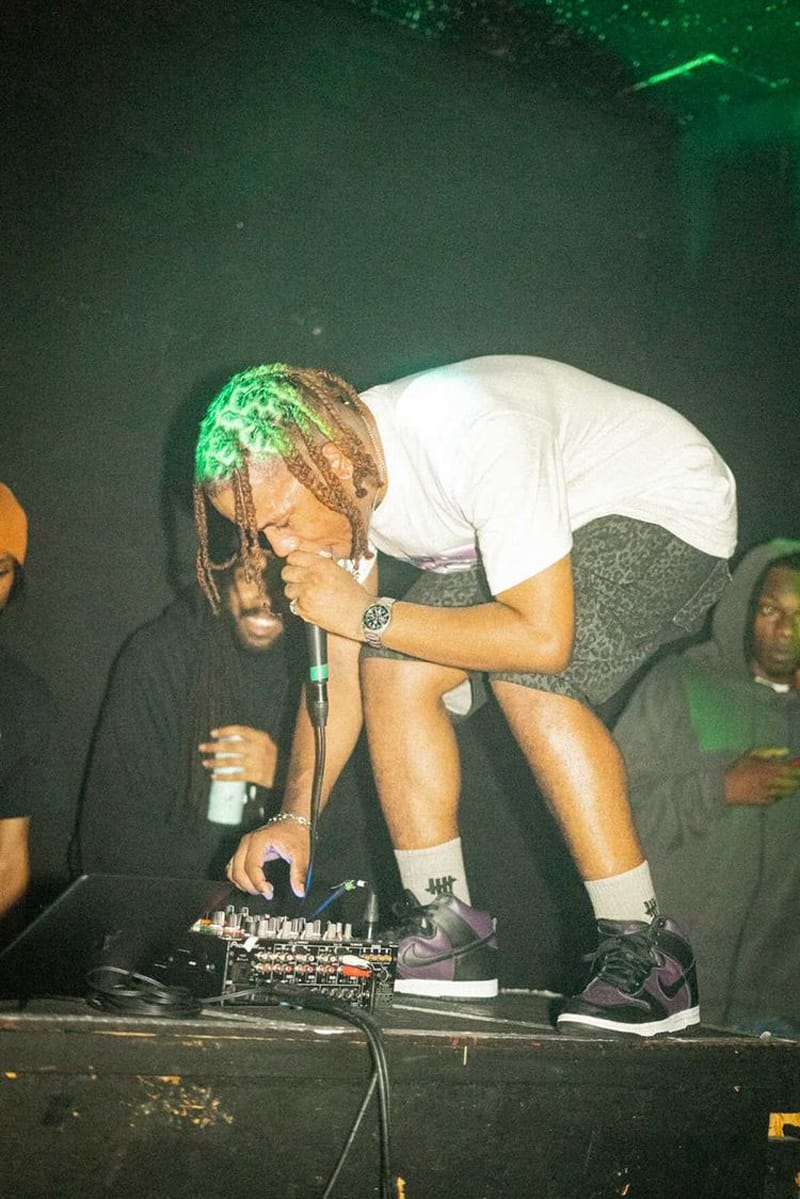 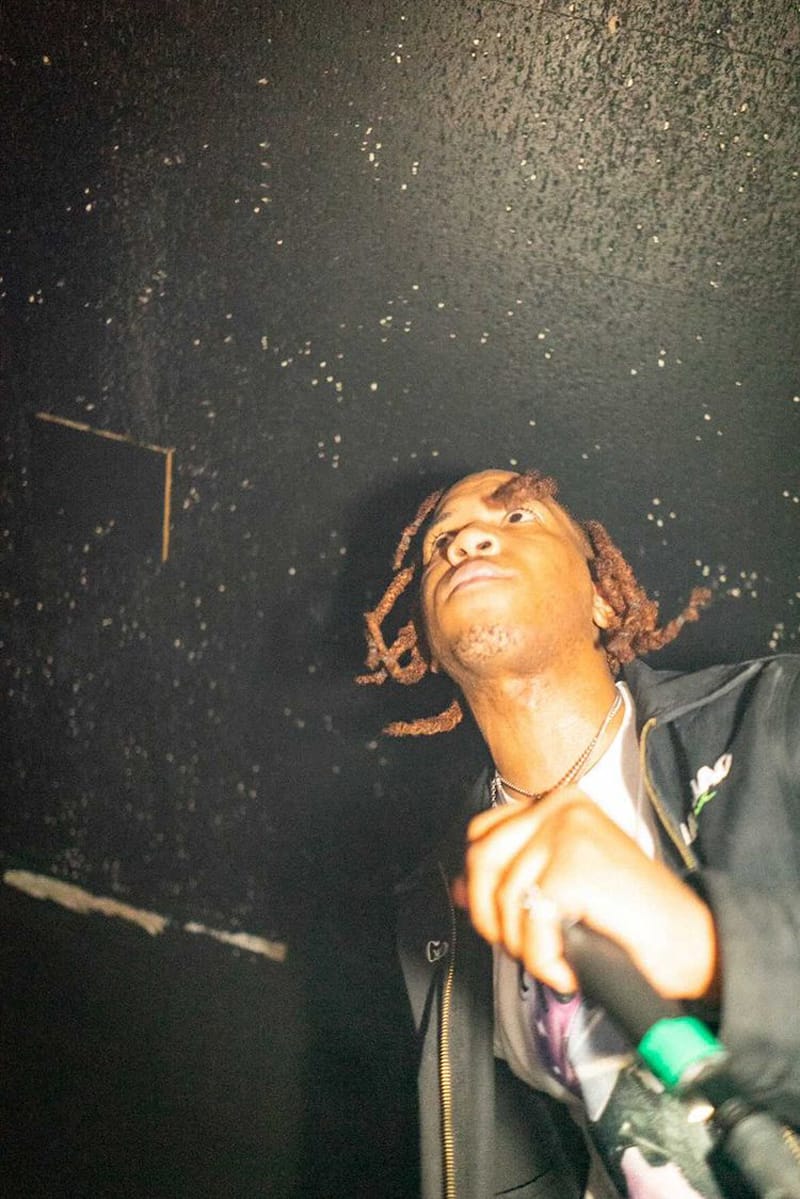 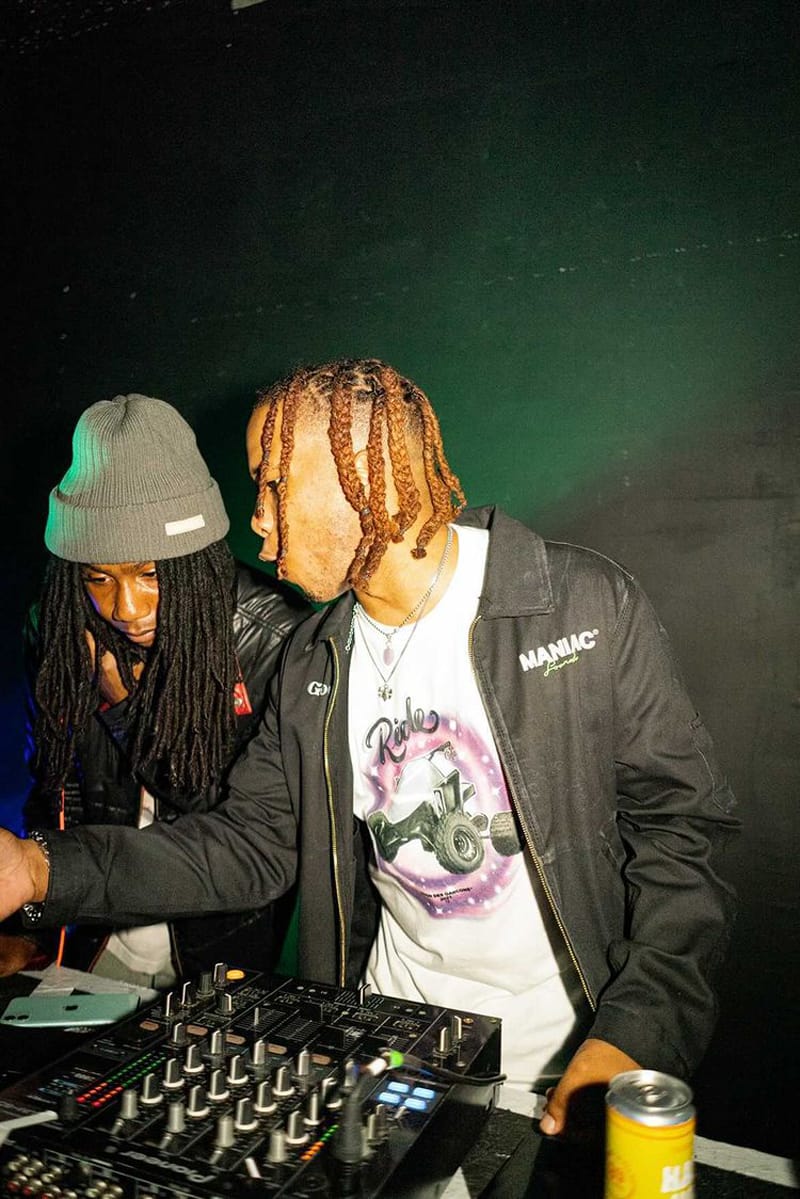