Viewers of Good Morning Britain were left stunned after a debate into whether pantomimes should be cancelled for being ‘culturally insensitivity’, in which a guest described them as ‘heteronormative’.

It comes after a village in Dorset cancelled their run of Aladdin after complaints about ‘cultural insensitivity’, leading to discussion over whether pantomimes are an outdated concept with problematic jokes.

Speaking to Ben Shephard and Charlotte Hawkins, guest Gifty Enright said: ‘I’m all for tradition, really, but the danger with tradition is if it’s not updated and modernised, it becomes a relic, it becomes obsolete and irrelevant.’

She pointed out that panto was seen as ‘radical, disruptive and subversive’ when it first began in Victorian times, adding: ‘Now, 200 years on, these things have become irrelevant, some of them.

‘Attitudes have changed, we’ve moved on and then there’s a small problematic issue of the fairytales. 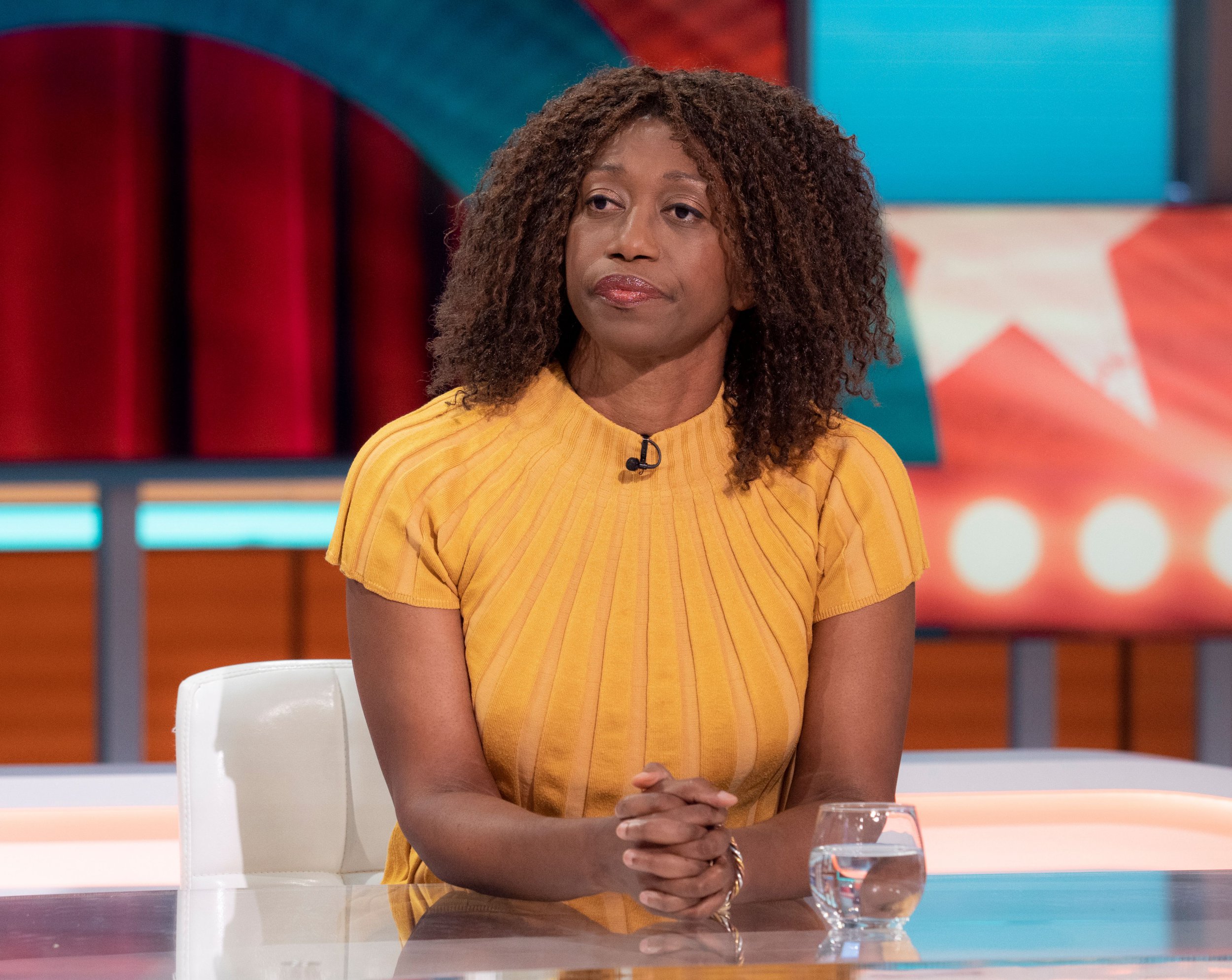 ‘When children are going to pantomime, yes they want to be able to laugh but a lot of the themes are now behind us, if I dare say, and we need to be looking forward.’

Singer Ben Ofoedu, who is Vanessa Feltz’s fiancé and is starring in panto himself, shared a counter argument, telling her: ‘I really don’t agree with anything you just said!

‘The heteronormative behaviour – I mean panto is the most fluid thing. The principal boy is usually a girl, so Peter Pan is usually played by a girl, the Dame is always played by a bloke, so it’s gender fluid in that kind of way.

‘It’s a make-believe thing, it’s not set in the past, there’s no real stereotype in a panto, it’s just fun, it’s all imagination.

‘There’s no race culture in there, there’s no religion culture, my brother could be black or could be white, he could be Asian – it’s make believe.’

He added that ‘anything goes and you can be woke in panto’, to which Gifty responded that depending how the Dame is played, it could be considered ‘transphobic’ by some to have a man dress as a woman in a caricature way.

Others added: ‘panto is usually an affordable traditional fun family get together. Letting our hair down and having a great time! Don’t get rid of them. They are gender neutral multi racial and I don’t see what the problem is’ and ‘This woman is talking pure nonsense. How can a pantomime dame be transphobic?’

Another wrote: ‘What is this woman talking about… it’s fun and takes us away from the world for a while. Don’t be so grumpy – it’s very inclusive – it’s a laugh and full of imagination. Leave our Pantos alone. For as long as tickets sell then they’re wanted…’

Good Morning Britain airs weekdays from 6am on ITV.