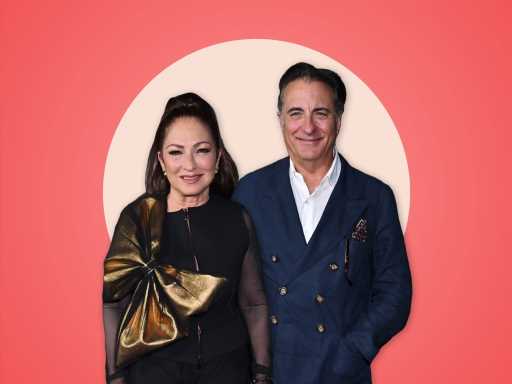 Legendary singer-songwriter Gloria Estefan and actor Andy Garcia are playing a new role this summer, parents of the bride. The Cuban-American actors sat down with SheKnows earlier this month to talk about their new film, Father of the Bride, a remake of the 1991 and 1950 classics. With an entirely Latino cast, the new movie brings the vicissitudes of family life and two cultures to the big screen.

Released on June 16, this version of an old storyline brings to the mainstream the richness of Latino cultures by portraying a Cuban-American family and a Mexican family instead. And who better to do this than the queen of Cuban-American sounds herself, Estefan.

“Musically, being Latina and having that vocabulary in both worlds actually served us, because we stood out. The reason we sounded fresh was because we weren’t re-creating what was happening on radio, even though they tried to shape us that way,” the 64-year-old actress said. “The executives would say, ‘Get rid of the horns. Get rid of the percussions. You’re going to have to change your name.’ I go, ‘No, this is who we are. And if we’re going to succeed at something, I want to succeed at who we are.’ ”

She credits the longevity of her career and the worldwide appeal of her music to this. As for Garcia, he also said he also drew from personal experiences for this role as father of the bride, adding that his oldest and middle daughters are getting married over the next couple of weeks. “I’m still in the father of the bride,” the 66-year-old Godfather III star said.