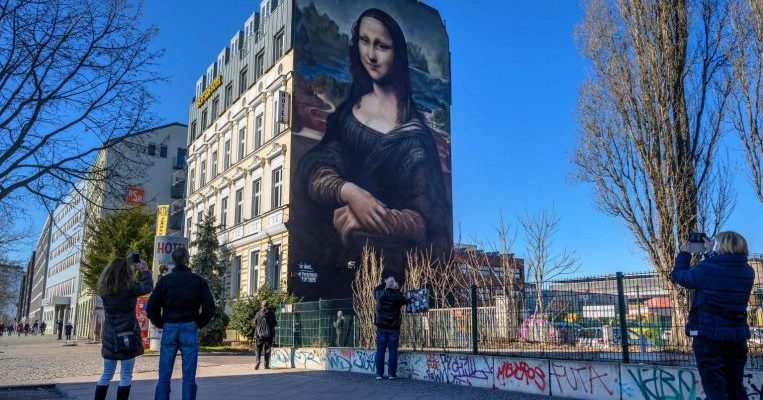 BERLIN – Folk living in German capital Berlin had plenty to smile over the weekend.

The enigmatic smile of Mona Lisa became a big draw in the city after local artists created an enormous version of Leonardo da Vinci’s masterpiece.

The portrait – more than 16m high and 11m wide – was painted on a hotel wall facing another iconic artwork: the East Side Gallery, a series of murals painted on remnants of the Berlin Wall that once divided the city before reunification.

But the world’s most famous painting had to be given a rapid facelift on Saturday (Feb 23) morning after the first version of the image gave Mona Lisa the appearance of sucking a sweet, reported news agency dpa.

Elsewhere, the Renaissance masterpiece has also inspired residents in Saitama prefecture in Japan to come up with a replica that used about 24,000 rice crackers.

In Canada, a video of a man recreating the legendary image on an ice rink has gone viral.