When it comes to celebrity couples, you can’t get much sweeter than Nicole Kidman and Keith Urban. So, it’s little wonder that the pair’s children are just as amazing as their parents’ love story. What is a bit harder to believe is just how fast the couple’s daughters are growing up. On July 7, 2020, their daughter Sunday Rose Kidman Urban turned 12 — meaning Kidman and Urban officially have a tween in the house!

But given how private (understandably) they are about their girls, Sunday Rose rarely makes public cameos. Her mom and dad remain pretty buttoned-up when it comes to their now-12-year-old, too. Of course, there are a few facts about Sunday Rose that can be found through a quick Google search. We obviously know she was born on July 7, 2008. Her Australian parents welcomed her into the world in their adopted hometown of Nashville, Tennessee. And a few years after her birth, she became a big sister to sibling Faith Margaret.

We dug a little deeper, though. Kidman and Urban’s tween daughter already has quite the personality, just like her charismatic parents. Keep reading to discover fun facts about Sunday Rose that underscore what a cool and interesting kid she is.

Her Name Was Inspired by Both Art and Family

Sunday Rose is certainly a unique name, so it’s only natural to wonder where Kidman and Urban got the idea for it. Well, according to the little girl’s maternal grandfather, Dr. Antony Kidman, “Sunday” was inspired by the art world. “There was a lady named Sunday Reed who was a prominent patron of the arts in Victoria,” Dr. Kidman told The Daily Telegraph. “I have read a bit about Sunday Reed and her husband John. She was a key mover and shaker in the arts around the beginning of the century. The name Sunday struck me as being a nice name for a woman, so my wife and I mentioned it.”

Reed reportedly had an affair with famed Australian artist Sidney Nolan, becoming Nolan’s muse. When Kidman and Urban visited a Sidney Nolan art exhibit just before giving birth to their Sunday, there were said to have been moved by a quote from the artist: “When you are young you are given a good view of life, because of your closeness to birth.” Between that and the fact her parents had already suggested Sunday, Kidman had found her daughter’s first name.

As for Rose, Urban’s brother Shane told an Australian radio station that it was inspired by the brothers’ late grandmother, Rose.

Shortly after Sunday was born, Kidman gave fans a sneak peek of the little girl during an appearance on The Oprah Winfrey Show. “Keith took this, it was on his iPhone and I made him print the photo. That’s my baby; that’s her sleeping,” she said of a black-and-white snapshot. She added that Sunday’s resemblance to her famous dad was undeniable, joking, “I didn’t even get a look in. I think she got my fair skin and that’s about it.” Kidman even admitted she playfully refers to Sunday as “Keith-ette.”

Ten years ago today our little girl came into the world 💕 You are our joy Sunday Rose. We love you, Happy Birthday 🎂❤️

Kidman first suffered struggles with infertility during her marriage to Tom Cruise, enduring an ectopic pregnancy and miscarriage. Ultimately, they decided to adopt — their children Isabella Jane Cruise and Connor Cruise are 27 and 25 now, respectively. But when Kidman got remarried to Urban, the couple knew they wanted to try to conceive. Unfortunately, Kidman’s continued to experience difficulties getting pregnant. Until, that is, she took a break during filming the sweeping 2007 blockbuster Australia to take a dip in a local Australian watering hole.

“Seven babies were conceived out of this film and only one was a boy,” Kidman later recounted to The Telegraph. “There is something up there in the Kununurra water because we all went swimming in the waterfalls, so we can call it the fertility waters now.” Accordingly, she was “stunned” when she first discovered she was pregnant after her fateful swim. Now, she refers to Sunday as her “miracle baby.” 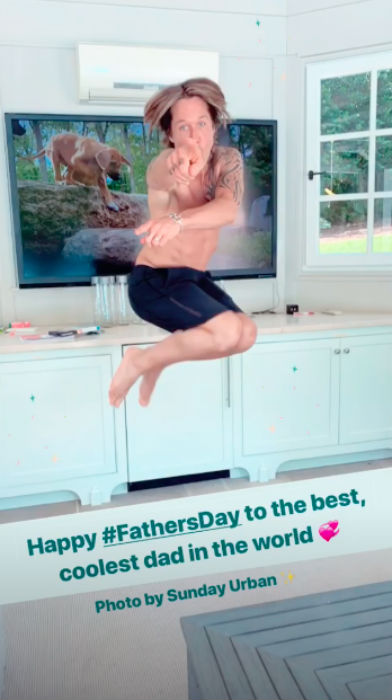 On Father’s Day in 2019, Kidman revealed that Sunday has a creative hobby: photography. Sharing a snapshot of Keith Urban at their family home to her Instagram Stories, Kidman wrote, “Happy Father’s Day to the best, coolest dad in the world. Photo by Sunday Urban.”

If the whole photography thing doesn’t pan out, Sunday Rose may have another creative career lined up. Speaking to E! News ahead of last year’s Golden Globes, Kidman admitted she had more pressing matters on her mind that the awards show. “My daughter just got cast in her school play,” Kidman said of Sunday, adding, “So, that’s been the main priority, learning lines with her.”

Sunday and little sister Faith have both enjoyed bit parts in The Angry Birds Movie 2 and as extras on Kidman’s HBO hit Big Little Lies. “They have a great work ethic,” Kidman told WSJ Magazine of her future stars.

She Knows What She Wants (And Doesn’t Want)

You’ve gotta love a girl who speaks her mind! While promoting her movie The Killing of a Sacred Deer, Kidman revealed in an interview that her plan for her Big Little Lies Emmy statuettes didn’t quite go as planned. In one of her acceptance speeches, she had mentioned she wanted to put them on the shelves in her daughters’ rooms. Welp, Sunday nixed that idea.

I am nothing without the love of my family ❤️

Sunday Rose’s parents may be two of the most successful celebrities of our time, but that doesn’t mean they spoil their little girl. In a candid interview with Vanity Fair, Kidman confessed that she and Urban are actually quite strict in some ways. “They don’t have a phone and I don’t allow them to have an Instagram,” she said, adding, “I try to keep some sort of boundaries.” Hmm, wonder if that will change now that Sunday is 12?

She Has a Sweet Nickname

Flashback – 8 years ago- "a little ray of sunshine in the shape of a girl" Happy 8th birthday Sunny!!!! We love you. mum and dad xxxx

On July 7, 2016, Urban gave a shout-out to his little girl with a throwback photo. In it, the then-newborn Sunday Rose was cradled in her parents arms. “Flashback — 7 years ago — ‘a little ray of sunshine in the shape of a girl.’ Happy 8th birthday Sunny!!!! We love you,” the proud dad gushed. And c’mon, “Sunny” is such a precious nickname.

Before you go, click here to see other celebrity kids who are all grown up. 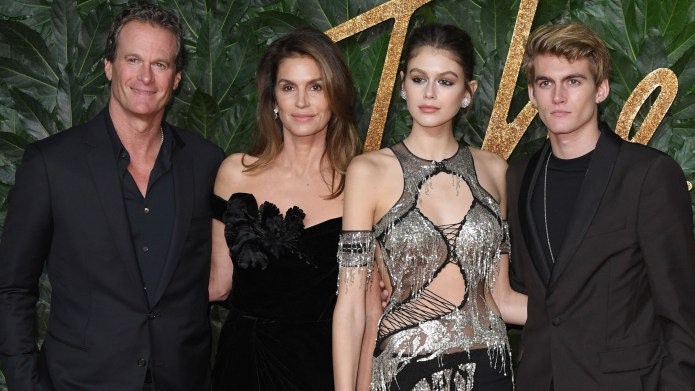 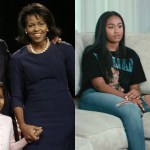 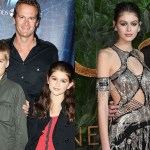 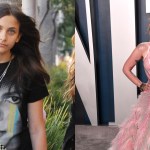 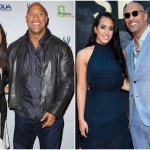