It felt as if humanity had crossed an important line: In China, a scientist named He Jiankui announced on Monday that twins had been born in November with a gene that he had edited when they were embryos.

But in some ways this news is not new at all. A few genetically modified people already walk among us.

In the mid-1990s, fertility doctors in New Jersey got an idea for how to help women have children. They suspected that some women struggled to become pregnant because of defective material in their eggs.

To rejuvenate them, the doctors drew off some of the jellylike filling in eggs donated by healthy women and injected it into the eggs of their patients before performing in vitro fertilization.

The researchers did not ask the Food and Drug Administration for permission to try out the procedure. Only after their patients started having healthy children did they share the news that it seemed to work. Once the word got around, would-be parents streamed into clinics to try the procedure themselves.

But other people reacted with shock rather than excitement. Our cells generate fuel in miniature factories called mitochondria. And each mitochondrion carries its own small set of genes. The New Jersey fertility doctors might have created children with the DNA of three people, not two.

It turned out that this was indeed the case. The doctors discovered that some of the children carried mitochondrial DNA from the donors in addition to their parents. In their 2001 report on this discovery, they called it “the first case of human germ-line genetic modification resulting in normal healthy children.” The germ line is a lineage of cells that gives rise to a new person.

The F.D.A. was not pleased. It sent the clinics letters demanding that they apply to test the method as if it was a new experimental drug. Those bureaucratic hurdles were so daunting that the clinics stopped injecting eggs.

By then, perhaps a dozen children had been born with a mixture of DNA. Maybe there are more — no one knows for sure.

The New Jersey doctors later tracked down some of these children and didn’t find anything unusual about their health as teenagers. Meanwhile, some biologists had realized that a variation on their procedure might be able to do something else: prevent diseases that are otherwise incurable.

Like the DNA in our chromosomes, the DNA in our mitochondria can mutate. Mutations can cause symptoms ranging from blindness to early death, and women pass them down to their children. An estimated one in 5,000 people suffer from a mitochondrial disease, and for a vast majority, there are no effective treatments. Scientists wondered if they could erase these diseases by swapping mitochondria.

Tests of this so-called mitochondrial replacement therapy, carried out on mice and monkeys, offered encouraging results. But when scientists approached the United States government about trying it out on human eggs, they got shut down.

It wasn’t just the possible medical risks that worried people. Many saw it as an affront to human dignity.

“It is a macabre form of eugenic human cloning,” declared a Nebraska congressman, Jeff Fortenberry, at a hearing in 2014.

Two years later a provision was mysteriously slipped into a congressional budget bill that barred the F.D.A. from even considering mitochondrial replacement therapy. So researchers went underground.

In 2016, an American fertility doctor named John Zhang announced that he had gone to Mexico to quietly carry out the procedure on a woman from Jordan with a neurological disease called Leigh syndrome. She gave birth to a boy who appeared healthy. But she and her husband had no interest in letting scientists track the health of their child. We know nothing more of his fate.

This history echoed loudly this week, when Dr. He, an assistant professor at the Southern University of Science and Technology in Shenzhen, told the world that he had made gene-edited babies by altering the DNA of human embryos with a new technology called Crispr.

He cut out a small portion of DNA from a gene called CCR5. People who are missing this chunk of genetic material appear to be resistant to infections with H.I.V. Dr. He reasoned that genetically modified babies would resist the virus, too.

On Sunday, MIT Technology Review broke the news, followed by a lengthy story by The Associated Press. Dr. He posted a series of triumphant videos online, and on Wednesday, he went to a major gene-editing conference in Hong Kong to show slides with some details of his work.

Like the New Jersey fertility doctors before him, Dr. He was roundly condemned for his secretive recklessness. The organizers of the Hong Kong meeting issued a statement Thursday calling the birth of the twins “irresponsible.” They said Dr. He had designed the study poorly, and they labeled his ethical considerations a “failure.” The Chinese government called the procedure illegal and opened an investigation.

I got in touch with Glenn Cohen, a professor at Harvard Law School who studies reproductive technologies, to ask him to guess what happens next. His forecast sounded like a repeat of the mitochondrial replacement story.

“My sense of what will happen is that across the world there will be strong regulatory action,” Professor Cohen told me. He predicted a blanket ban of the technology. “People are scared, and when they are scared they make decisions that are not so subtle.”

On Wednesday, the commissioner of the F.D.A., Scott Gottlieb, appeared to give some credence to Professor Cohen’s prediction. In an interview with BioCentury, he criticized the scientific community for failing to stop Dr. He and warned of “potential regulations and laws that could be far more restrictive than they might otherwise be if there were more confidence that the community was able to self-impose appropriate standards.”

That would be a shame. There may be times when editing human embryos would make medical sense. Last year, the National Academy of Sciences and the National Academy of Medicine issued detailed guidelines about what sort of cases might qualify. While they didn’t point to any particular disease, they argued that it should be considered only when no other treatment could allow parents to have a healthy child.

Fortunately, history offers us a different path. We need only look at what happened to mitochondrial replacement therapy in Britain.

When British scientists raised the idea of using the procedure on human eggs, the country conducted a serious, open conversation about the pros and cons. The health department conducted a long investigation. Parliament held a public debate. And in 2015 it passed a law approving the procedure.

The British government wasn’t creating a medical Wild West, where doctors were free to use the procedure whenever they wanted. Clinics had to get a license from Britain’s Human Fertilization and Embryology Authority, which would monitor the procedures and track the children throughout their lives to check for unexpected side effects.

This February the authority announced that it was for the first time approving the use of mitochondrial replacement therapy on two women at a fertility clinic in Newcastle. On Thursday, a representative at the authority declined to say whether children had yet been born as a result.

It’s only natural for the world to focus its attention on the two babies born in China. But these babies in Britain deserve our attention, too. We can choose which ones represent the future.

Carl Zimmer writes the Matter column for The New York Times and is the author of “She Has Her Mother’s Laugh: The Powers, Perversions, and Potential of Heredity.” 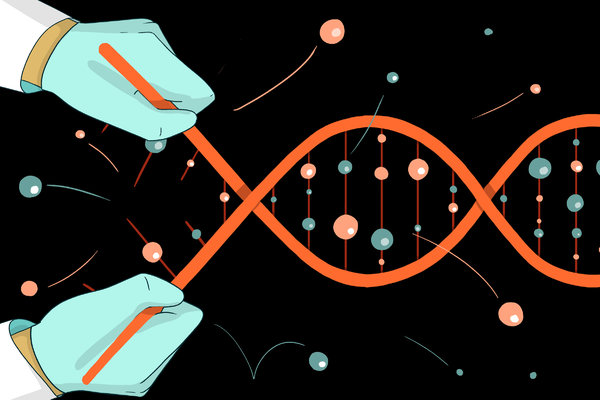 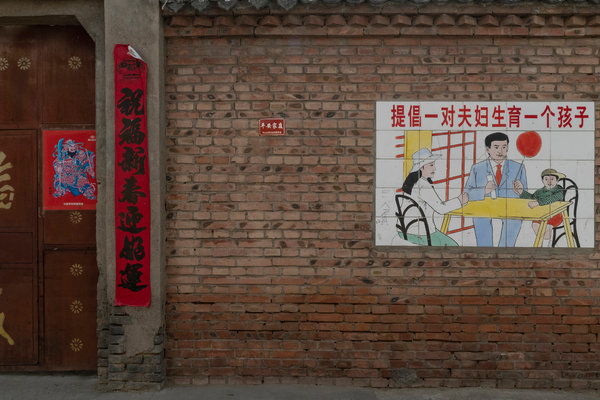