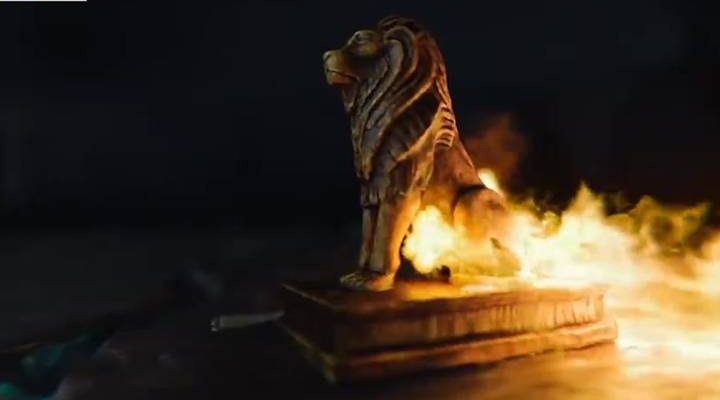 HBO released the first promo for the upcoming final season of Game of Thrones on Thursday, which revealed a few hints about the eighth season.

No footage from the series appears in the 39-second trailer, but it shows ice coming from the north and spreading across the 3D map of Westeros from the show’s opening credits.

Ice overtakes a Stark direwolf and a Targaryen dragon, but the Lannister lion of the South catches on fire.

The fire-and-ice representation appears to be a reference to George R. R. Martin’s series of books, A Song of Ice and Fire.

Fans of Game of Thrones took to Twitter to discuss the release of the show and Avengers: Endgame in the same month.

HBO said the series will return in April 2019 with six episodes to conclude its run.

The previous teaser video touting the show’s return included clips from seasons past, showing both living and dead competitors for the crown of Westeros, but didn’t give a taste of the final episodes.

The fantasy series based on Martin‘s novels has been one of HBO’s most successful shows.

HBO isn’t getting out of the Game of Thrones business. A prequel created by Martin and writer-producer Jane Goldman is underway with Naomi Watts set to star, and other spinoffs are possible.

The new instalment will arrive in April 2019, with no specific date offered.