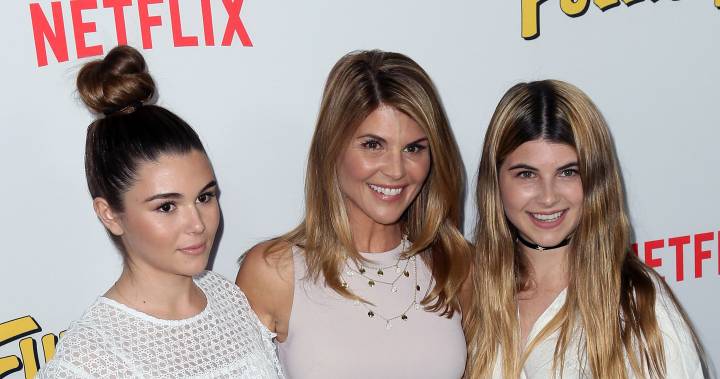 According to the Hollywood Reporter, Netflix has dropped the 54-year-old actress in the wake of the college admissions bribery scandal.

The Hallmark Channel also cut ties with Loughlin last Thursday, a day after her arrest in a college admissions scam put the family-friendly network and extended Hallmark brand in uncomfortable proximity to a national scandal.

“We are saddened by the recent allegations surrounding the college admissions process,” Hallmark Cards Inc., parent company of the Crown Media Family Networks group that includes the Hallmark Channel, said in a statement.

“We are no longer working with Lori Loughlin” and have stopped development of all productions with the actress for Crown Media channels, the statement said.

The company initially took a wait-and-see approach after a federal investigation of the scam, involving more than 30 parents, many of them prominent, was revealed March 12. Loughlin and her husband, fashion designer Mossimo Giannulli, are accused of paying bribes to gain their daughters’ college admissions.

Loughlin and her husband were among more than 30 parents who allegedly paid a consultant to ensure their offspring’s place in college with bribes and falsified exams. Prosecutors allege the couple paid $500,000 to have their daughters labelled as crew-team recruits at the University of Southern California, although neither is a rower.

The investigation into the defendants, titled “Operation Varsity Blues,” saw at least nine athletic coaches and 33 parents among those charged. Some parents spent hundreds of thousands of dollars, as much as $6.5 million, to guarantee their children’s admission, officials said.

Felicity Huffman (Desperate Housewives, American Crime) was among the other prominent parents, including a lawyer, doctor and a venture capitalist, indicted in the scam.

In total, roughly 50 individuals — including Loughlin’s husband, as well as business executives — have been charged. Several defendants, including Huffman, were charged with conspiracy to commit fraud, punishable by up to 20 years in prison.

Prosecutors said the parents paid to rig standardized exams and bribed coaches to get their children designated as recruited athletes in sports they didn’t even play, thereby boosting their chances of getting in.

The unsealed documents allege that Huffman and her husband, William H. Macy, “made a purported charitable contribution of $15,000…to participate in the college entrance exam cheating scheme on behalf of her eldest daughter. Huffman later made arrangements to pursue the scheme a second time, for her younger daughter, before deciding not to do so.”

In most cases, the students did not know their admission to the schools, including Yale, Stanford, USC and Wake Forest University, was contingent on a bribe.

— With files from the Associated Press and Chris Jancelewicz