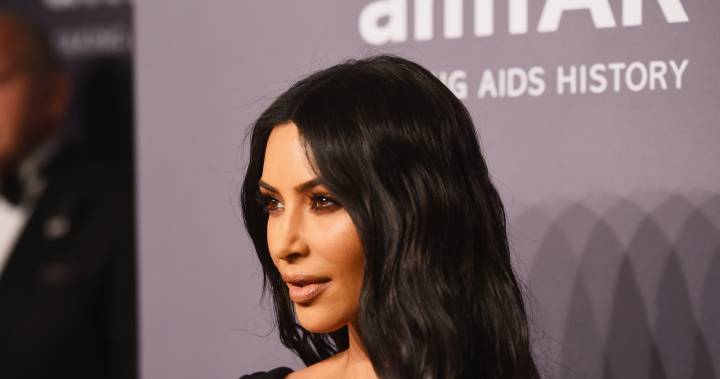 Thanks to Kim Kardashian, one of the first inmates released after U.S. federal sentencing reforms won’t have to worry about rent for five years.

Matthew Charles told the Tennessean last week that he hadn’t been able to find permanent housing since his Jan. 3 release, in part due to his criminal history.

But on Sunday, Charles announced that Kardashian, an advocate for criminal justice reform, will be helping him out. He said she’s not doing it to get attention but that he just had to share it.

Charles posted the news to Facebook and revealed that Kardashian “heard about my situation,” was “moved” by it and “decided to help” out in an “unbelievable way.”

“Kim did not do this for attention or publicity, but I had to share it because it’s too good not to, and my heart is about to burst with happiness, that I wish you to rejoice in this news with me. And many of your responses about the outcome of my dilemma prophesied it,” Charles wrote.

“God is good!!!. What the devil meant for bad, God reversed again, for my good. **Thank you Kim Kardashian-West and Tracy for the love shown to me when I was locked up. And now that I’m free.. my heart is enlarged,” Charles concluded.

Convicted of a non-violent drug offence in 1996, Charles received national attention because he was ordered back to prison in 2018, two years after his sentence was ruled unfair. He attended this year’s State of the Union address at U.S. President Donald Trump’s invitation.

Charles was convicted on drug and weapon charges and served 20 years of his 35-year prison sentence before earning early release in May 2016. He was ordered to finish his sentence before being freed again in January 2019.

“Kim reached out privately to Matthew yesterday after hearing he was having a hard time getting approved for an apartment and has generously offered to pay five years of his rent,” Tim Hardiman, a senior producer at CMT in Nashville, told Us Weekly on Monday. “He was overwhelmed by Kim’s offer and graciously accepted. Her generosity will allow him to save enough money to eventually put a down payment on a house. It’s truly changed his life.”

“Kim then met with President Trump in May of last year to speak to him about pardoning Alice Johnson and also mentioned Matthew Charles in that conversation,” Hardiman explained. “She later discussed Matthew’s situation when she met with the president in September.”

In June 2018, Kardashian successfully pushed Trump to grant a pardon for Johnson, and the first-time non-violent drug offender was officially granted clemency. The 63-year-old grandmother had been in an Alabama prison for more than 21 years and was sentenced to life without the chance of parole.

Kardashian’s lawyer, Shawn Holley, confirmed the move by Trump and said that Johnson would be free to leave prison.

In legal terms, a commutation is the substitution of a lesser penalty for the sentence given. The punishment can be lessened in severity or duration, or both. A pardon, on the other hand, is a complete absolution of guilt.

Kardashian visited with Trump on May 30 to discuss prison reform overall but focused specifically on Johnson’s case.

Kardashian returned to the White House in September for a meeting with senior aides as part of the administration’s efforts on criminal justice reform.

—With files from the Associated Press and Chris Jancelewicz