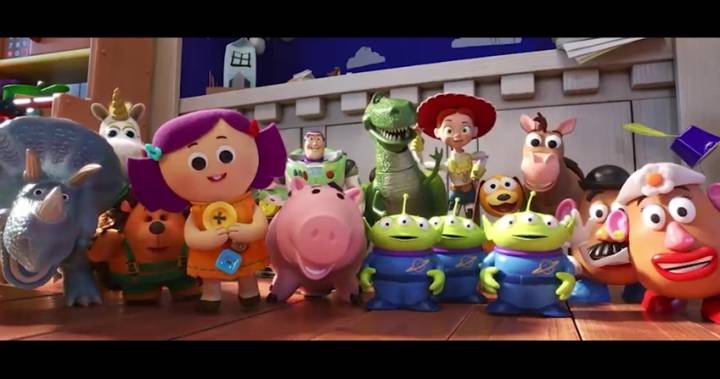 The first official trailer for Toy Story 4 is here and the toys are gearing up to save a spork.

In the two-and-a-half minute trailer, Sheriff Woody (Tom Hanks) tells the rest of Andy’s toys that they are a bigger part of children’s lives than just a special toy to play with.

Their new owner, Bonnie, introduces a toy of her own to the group: Forky (Tony Hale), a spork she made with googly eyes, pipe cleaner arms and popsicle stick feet.

“I am not a toy – I was made for soup, salad, maybe chili, and then the trash!” Forky yells as he falls from the family car on a road trip.

Woody goes on a rescue mission to find Forky which separates him from the rest of the toys and he runs into Bo Peep at a funfair.

Many fans of the Disney-Pixar film took to Twitter to talk about the first full-length trailer for Toy Story 4.

The Toy Story 4 cast sees Hanks and Allen reprising their roles as Woody and Buzz Lightyear.

According to the Disney synopsis, the upcoming instalment will centre on Woody’s original love interest Bo, reading: “Woody has always been confident about his place in the world, and that his priority is taking care of his kid, whether that’s Andy or Bonnie.

“So when Bonnie’s beloved new craft-project-turned-toy, Forky (Tony Hale), declares himself as ‘trash’ and not a toy, Woody takes it upon himself to show Forky why he should embrace being a toy.

“But when Bonnie takes the whole gang on her family’s road trip excursion, Woody ends up on an unexpected detour that includes a reunion with his long-lost friend Bo Peep.”

Toy Story 4 — which sees Keanu Reeves join the cast in a secret new role — is set for a June 21 release.