The presenter, who hosts News at Six, News at Ten and the Antiques Roadshow, landed the job after hosting a pilot episode with panellists and a live audience.

She will start her new role on 10 January next year as the show – which pits a panel of political figures against questions from a live audience – begins its next series. 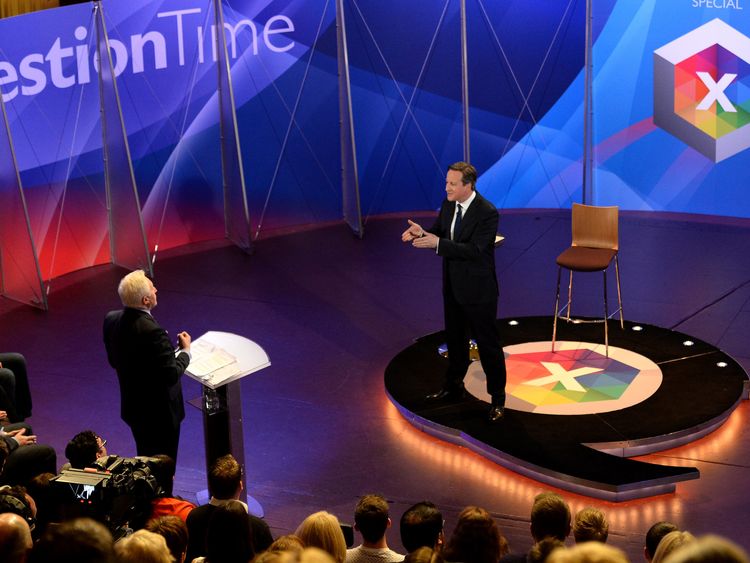 “For many years Question Time has been presented by one of my television heroes so I am thrilled and not a little daunted to be stepping into his shoes,” she said.

“But it is a programme I have watched for as long as I can remember and have long wanted to be part of. I can’t wait to get started.”

Dimbleby, who has been presenting Question Time since 1994, announced that he would be leaving the role in June. The 80-year-old weathered controversy as a host, including when Question Time gave a platform to the then-BNP leader Nick Griffin.

He remains a leading commentator for the BBC, leading the channel’s coverage in general elections and major breaking news events such as the death of Princess Diana.

Fran Unsworth, director of the BBC’s news and current affairs, said Dimbleby had done an “extraordinary job as chair” in the past 25 years.

“David is a tough act to follow, but Fiona impressed us all – with her authority, warmth, and ability to connect with the audience and champion their concerns. We’re delighted to have her at the helm,” she said.