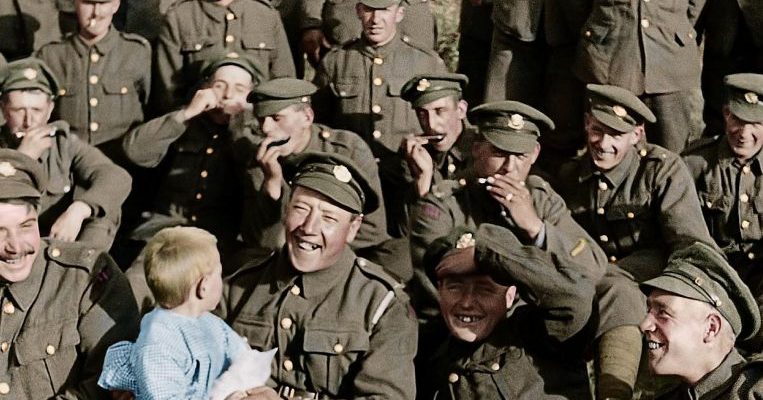 THEY SHALL NOT GROW OLD (PG13)

This year marks the 100th anniversary of the end of World War I. Director Peter Jackson and his team have taken front-line footage of the period (above) and processed it, adding colour and sound and filling in details that the film technology of the time could not capture.

The result, given a voiceover by witnesses to the carnage, is the most striking reminder to date of the scale of the conflict and the lives lost to it. WHERE: The Projector, Level 5 Golden Mile Tower, 6001 Beach Road WHEN: Opens tomorrow, various times ADMISSION: $13.50 INFO:theprojector.sg

On a snow-blanketed day in France, dancers assemble in a remote studio to rehearse. As the day wears on, they break for a meal, without realising that someone has slipped a powerful hallucinogen into the drinks. Soon, the dancers lose themselves to paranoia, compulsive behaviour and hate.

Provocative French film-maker Gaspar Noe is a hacker looking for ways to jack into the viewer’s brain. The rave-in-hell vibe, with its riot of reds, browns and yellows, flailing limbs and hypnotic techno beats, does the job of sneaking past the thinking portion quite well. WHERE: Golden Village Paya Lebar, 10 Eunos Road 8 WHEN: Now showing, various times ADMISSION: $13.50 INFO: gv.com.sg

This comedic dig at capitalism and broken race relations mixes the sweet with the sour, the silly with the serious. Cassius (Lakeith Stanfield, above) takes a soul-crushing telemarketing job and rises up the corporate ladder because on the phone, no one can tell he is black.

But the “whiter” he becomes, the more estranged he is from his girl, the activist Detroit (Tessa Thompson, above). Musician-turned-film-maker Boots Riley cranks up the volume in the anarchic third act. WHERE: The Projector, Level 5 Golden Mile Tower, 6001 Beach Road WHEN: Now showing, various times ADMISSION: $13.50 INFO:theprojector.sg