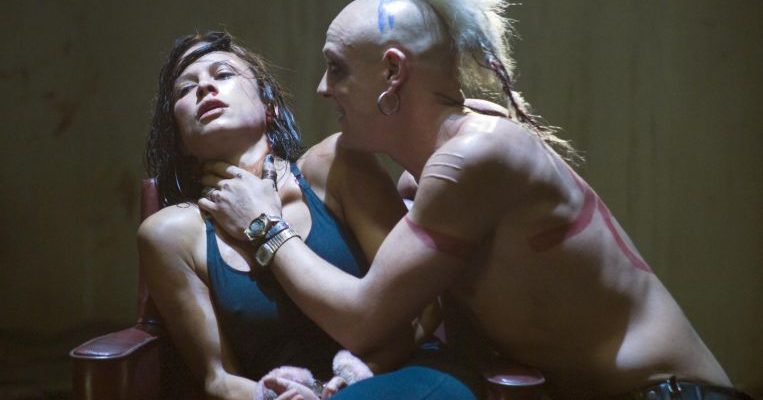 This futuristic virus-outbreak thriller from 2008 has it all – exploding rabbits, a car crashing through a bus, cannibals with purple mohawks, gladiators hacking each other. English writer-director Neil Marshall blended everything he loved about Mad Max (1979), Escape From New York (1981) and Gladiator (2000) to make his homage to post-apocalypse movies.

The story threatens to collapse under its own silliness at several points, but there is a cheekiness to it that sees it through to its messy conclusion.

In this thriller about an Earth overrun by bear-sized bugs that hunt using sound, director, co-writer and co-star John Krasinski avoids the gimmick blighting the modern monster movie: Kill one disposable character every 15 minutes.

Within 15 minutes of opening, a terrible event happens, proving that no character, no matter how central, is safe. In so doing, Krasinski gives this thriller a sense of dread few monster movies of late have achieved.

A Quiet Place will be available on HBO Signatureon Feb 26 at 4am, HBO on March 12 at 9pm, and HBO On Demand from March 18.

In a role that cannot be said to be a stretch, Neeson plays a decent bloke with a set of skills that allow him to break a man’s neck with not much more than a stern look.

Nels Coxman (Neeson) operates a snowplough for a Colorado ski resort. His son is found dead from a drug overdose. Later, the father is told that the son may have been murdered by a mob boss nicknamed Viking (Tom Bateman). Coxman takes advantage of his record as an upstanding citizen and his knowledge of the mountains to take down the gang, one member at a time.

What sets this thriller apart is that all characters, good and evil, are invested with personalities and drive. There is much less focus on Neeson’s one-man-army than in a standard revenge flick.