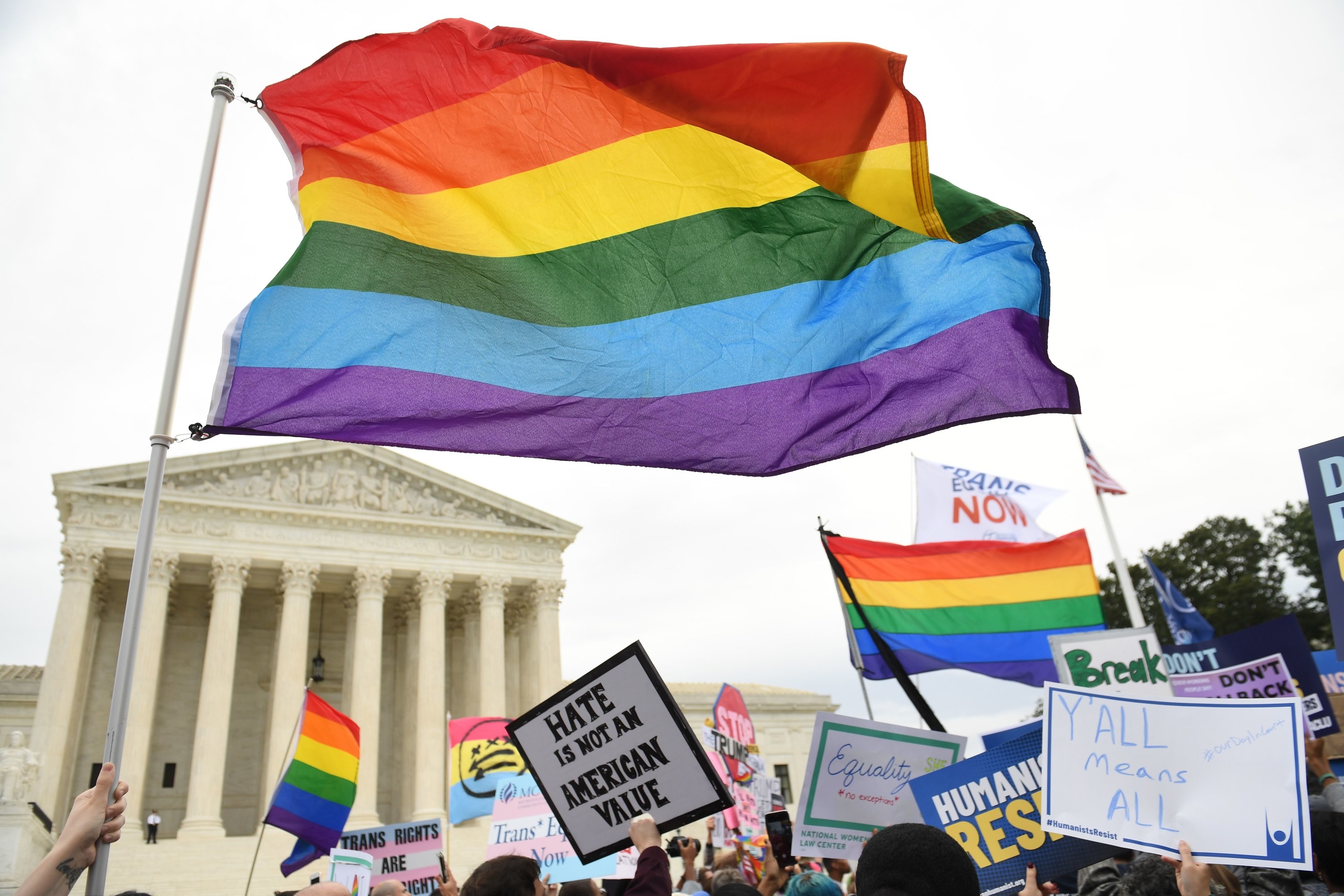 One month after the Trump administration escalated efforts at the Supreme Court to legalize anti-LGBTQ discrimination, LGBTQ workers at the Justice Department fear they’ll be targeted next.

In a letter to Attorney General Bill Barr, DOJ Pride — which says it represents thousands of employees across the sprawling law enforcement agency — said it surveyed members in response to the department’s recent courtroom advocacy.

“We found a clear and negative impact on employee morale,” the three-page letter says, adding, “Some reached out to us in alarm, afraid that their jobs could be in jeopardy.”

Under Barr’s watch, the Justice Department argued last month in three Supreme Court cases that federal law allows discrimination against private-sector workers solely on the basis of their sexual orientation or gender identity. With potential ramifications across the country, a Supreme Court ruling in Barr’s favor would reverse numerous lower court decisions that had protected LGBTQ workers.

The hardline stance under Trump has meant LGBTQ workers at the DOJ became, in essence, cogs in the very machine fighting to allow discrimination against people like them.

“Every response but one reflected concern, dismay, and even distress about the cases,” says the letter sent Friday, and released Monday, which warns this climate could cause DOJ staffers to remain in the closet while top talent flees the department.

Although the Justice Department was parsing federal law, not saying LGBTQ workers are unworthy of protection, “many of our members did not perceive the Department to have made such a distinction,” the letter says. Federal LGBTQ workers are protected by executive orders under former presidents Barack Obama and Bill Clinton, but DOJ Pride worries anti-discrimination rights could fade.

Barr said during his confirmation hearings that he endorsed the idea of passing a federal law to ban discrimination against LGBTQ people, and meanwhile, he’s argued that existing law prohibiting discrimination “because of sex” does not yet afford those protections.

Under President Donald Trump, the Justice Department has taken a wide array of anti-LGBT positions, guided first by former attorney general Jeff Sessions. Among them, it has said transgender women in prison must be jailed in cells with men, issued a number of proposals to allow discrimination by federal contractors and health care providers, argued that religious shopkeepers can refuse service to same-sex couples, and defended a ban on transgender troops in the military.

Founded in 1994, DOJ Pride represents LGBTQ employees across the federal government’s largest law enforcement agency, which includes the FBI, DEA, Bureau of Prisons, US Attorney’s Offices, and other subdivisions.

In March, DOJ Pride warned the administration had grown increasingly hostile toward its own LGBTQ workers. They found it “demoralizing” that officials had failed to issue an Equal Employment Opportunity statement since the Obama administration. The group alleged the FBI academy discriminated against gays and Latinos, and evaluated them more harshly, and that “many gay agents attending [the FBI academy] are dismissed because they are not ‘bro-y’ or masculine enough.”

Barr responded in an April letter, saying that he directed the Bureau of Prisons and the FBI “to take appropriate action to investigate and address allegations of discrimination. He also signed a statement that affirms the DOJ bans discrimination on the basis of sexual orientation, gender identity, and other characteristics.

“Issuing the statement is not only required by law — as you noted in your letter — it is the right thing to do,” Barr said at the time.

A spokesperson for the Justice Department did not respond to a request on Monday to comment on DOJ Pride’s most recent letter, or on the status of the investigation announced in April.

In light of recent developments, DOJ Pride urged Barr in its letter to affirm the anti-discrimination policy for the department “no matter what the Supreme Court decides.” The group also asked him to publicly announce support for a federal anti-discrimination law that explicitly protects LGBTQ people, saying, his message “would reinforce that we are not second-class employees at the Justice Department.”