Fanny Waterman, the British pianist and teacher who co-founded the prestigious Leeds International Piano Competition and oversaw it as chairwoman and artistic director for more than five decades, died on Dec. 20 at a care home in Ilkley, Yorkshire. She was 100.

Her death was announced by the Leeds competition.

The idea of presenting an international music competition in 1960s Leeds, a gritty industrial city in northern England, seemed risky. But Ms. Waterman, a Leeds native who learned perseverance from her poor Russian immigrant father, believed in the vitality of her hometown and was certain she could draw support for the venture.

“I dreamt it up one night, and I was so excited that I woke up my husband,” she said in a 2010 interview with The Jewish Chronicle. “He was born in London,” Ms. Waterman added, “and he said: ‘It won’t work in Leeds. It has to be in a capital city.’”

But Ms. Waterman talked up the idea and raised funds from patrons, banks, businesses, the Leeds City Council and the University of Leeds. Her husband, Geoffrey de Keyser, a doctor, became a founder of the competition, along with her good friend Marion Harewood, a pianist who was then the Countess of Harewood (and was later married to the Liberal Party leader Jeremy Thorpe). The two friends also wrote “Me and My Piano,” a series of piano lesson books that remain top sellers in Britain.

From the start, Ms. Waterman conceived of the Leeds competition, which is held every three years, as a means to foster musical values she had cultivated as a performer and teacher, placing musicianship, artistry and sensitivity over technical bravura.

Music is a “wonderful discipline,” she said in the 2010 interview. “You can’t play a note without thinking, how loud, how soft, how soon, how late. It makes you think carefully and it gives you judgment.”

Over the years the competition joined the ranks of the world’s elite contests, including the Van Cliburn, Tchaikovsky and Chopin. Such competitions are major springboards for careers in music, often an obligatory stop on a young performer’s progress; they have also come in for criticism for quashing creativity and individuality.

As with all competitions, the administrators of the Leeds contest point not just to the list of their outstanding winners — among them Michel Dalberto, Jon Kimura Parker, Ian Hobson and Alessio Bax — as proof of success in identifying young talent, but also to finalists who became major artists. That group of luminaries includes Mitsuko Uchida, Andras Schiff, Lars Vogt and Louis Lortie.

The first Leeds competition took place in 1963, with the composer and conductor Arthur Bliss as chairman of an eminent jury. It was an immediate success, with 94 entrants from 23 countries, though with one potentially embarrassing result: The winner was one of Ms. Waterman’s students, Michael Roll, raising the perception of favoritism. Ms. Waterman later said that he had deserved to win, and that the judges had strongly supported him. 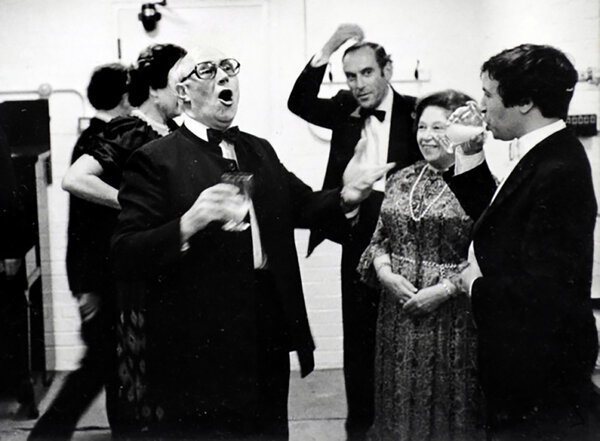 For the third competition, in 1969, Ms. Waterman asserted herself after the Romanian pianist Radu Lupu placed fourth in the second round, which meant he would not advance to the finals. Deeply impressed by Mr. Lupu’s playing, Ms. Waterman insisted that the number of finalists be increased from three to five and vowed not to organize another competition unless he made the cut. She got her way, and Mr. Lupu wound up winning and went on to a distinguished career.

The competition garnered wide attention in 1972 when the American pianist Murray Perahia, then 25, won first prize.

In the last round, with the Royal Liverpool Philharmonic Orchestra, the other two finalists, Craig Sheppard and Eugene Indjic, also Americans, played Rachmaninoff’s Third Piano Concerto, a work that many young pianists have used to prove their virtuosic mettle.

Mr. Perahia, already an audience favorite from performances of works by Schumann, Mozart, Mendelssohn and others, instead chose to play Chopin’s intimate, elegantly brilliant Piano Concerto No. 1 in the finals. He prevailed despite suffering terrible anxiety under the pressure, earning a cash prize of $1,850 and numerous recital and concerto engagements.

Ms. Waterman was born on March 22, 1920, in Leeds, the second child of Mary (Behrman) Waterman and Meyer Waterman (the family name was originally Wasserman). Her mother was an English-born daughter of Russian immigrant Jews. Her father, born in Ukraine, was a skilled jeweler.

Though the family struggled financially, her parents came up with enough money to provide young Fanny with piano lessons once her talent became clear. She practiced on an old upright piano and studied with a local teacher, while her brother, Harry, took violin lessons.

At 18, she became a scholarship student at the Royal College of Music in London, studying with Cyril Smith. She performed Mozart’s Piano Concerto No. 23 in 1941 with the Leeds Symphony Orchestra, the same year she met Dr. de Keyser, then a young medical student, whom she would marry in 1944. With the birth of her first child, Robert, in 1950, Ms. Waterman decided to devote herself to teaching.

Robert de Keyser survives her, as do another son, Paul, a violin teacher, and six granddaughters. Her husband died in 2001.

Once the Leeds Competition got going, Dr. de Keyser became intimately involved, both in recommending lists of repertory and in writing up rules. “He was a doctor, but his knowledge of music was second to nobody,” Ms. Waterman said in 2010.

In 1966 Ms. Waterman and her husband bought Woodgarth, a magnificent eight-bedroom Victorian house in Oakwood, a suburb of Leeds. She kept two fine pianos in its spacious drawing room, where she taught, made plans for the competition and presided over lively musical soirees that included guests like the composer Benjamin Britten and the tenor Peter Pears, as well as Prime Minister Edward Heath. Ms. Waterman sold the house this year.

She was appointed dame commander of the Order of the British Empire in 2005. In 2015, at 95, she retired from the Leeds Competition. Yet in an interview with the BBC five years later, she revealed that she had stepped aside unwillingly.

“I think they were misguided,” she said of the unnamed people who wanted her out, “because I had many, many years more to give of my own passion, my own knowledge and everything.”

Still, she expressed pride over her accomplishments. “I do hope and pray,” she said, “that in another 100 years our competition will have the reputation it’s got now.”