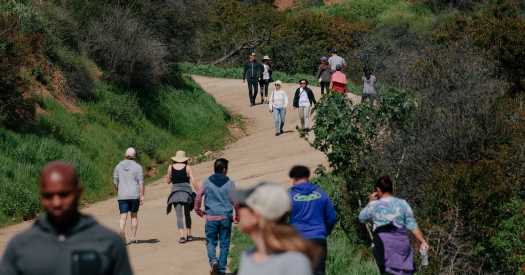 Even a little exercise may help people avoid and survive many types of cancer, according to new exercise guidelines released today that focus on how exercise affects cancer outcomes.

The guidelines, issued jointly by the American College of Sports Medicine, the American Cancer Society and 15 other international organizations, update almost decade-old recommendations with new science and specific advice about how much and what types of exercise may be the most needed, helpful and tolerable for anyone facing a cancer diagnosis.

Cancer is, of course, one of the world’s most common major diseases, with more than 18 million people globally diagnosed with some form of the condition in 2018. It also is often treatable and today, millions of people are cancer survivors.

But there are high fiscal and physical costs related to cancer. Treatments, while frequently effective, can leave people feeling ill, anxious, exhausted and frail, and may cause collateral damage to the heart or other parts of the body.

So, physicians, therapists and scientists, working with cancer patients, continue to look for accessible, inexpensive ways to improve the lives of cancer patients and also, more fundamentally, reduce the risk that someone will develop cancer in the first place.

Exercise was an obvious candidate. Whether aerobic or resistance, exercise is known to build strength, fight fatigue and lift gloom. But many researchers, clinicians, patients and their families have worried that it might be unsafe for people with cancer; that it might, somehow, make people’s condition worse.

In 2008, a large group of researchers convened to comb through the available science about exercise and cancer and decide if there was enough evidence to tell patients that they could and even should work out. In 2010, the group published its recommendations, which amounted to saying that exercise appeared to be safe for most people with cancer and they should try, in general, to be active.

Since then, however, there has been “exponential growth” in research related to exercise and cancer, says Kathryn Schmitz, a professor of public health and cancer control at Penn State University and the immediate past president of the American College of Sports Medicine.

So, last year, she and almost 40 other researchers from 17 international health groups gathered to determine whether there was sufficient evidence now to refine the recommendations about cancer and exercise. The group wound up gathering hundreds of studies involving animals and people that examined the impacts of exercise on dozens of aspects of cancer risk and cancer recovery.

Specifically, the scientists, in separate reviews being published today in Medicine & Science in Sports & Exercise and CA: A Cancer Journal for Clinicians, report that physically active people have as much as 69 percent less risk of being diagnosed with certain cancers than sedentary people. Exercise seems to be especially potent at lessening the likelihood of developing seven common malignancies, the new recommendations add: colon, breast, endometrial, kidney, bladder, esophageal and stomach cancers.

The recommendations also point out that, in multiple recent studies, exercise changed the trajectory of cancer once it began. In animal experiments cited in the new reviews, exercise altered the molecular environment around some tumors, stalling or even halting their growth. And in people, exercising during and after cancer treatment was associated with longer subsequent life spans, the reviews found.

And while there had been some concern that exercise might increase the risks for or severity of upper-body lymphedema, the swelling and fluid retention that is common among women recovering from breast cancer, exercise was not associated with an increased risk

Based on these findings, the authors of the new recommendations conclude that people with cancer should aim to exercise at least three times per week at a moderate intensity, such as by brisk walking, for at least 30 minutes, and also try to lift weights twice a week, if possible.

These recommendations are a bit lighter than the standard, governmental guidelines for the general public, which call for moderate aerobic exercise five times per week, plus several sessions of weight training.

Dr. Schmitz says the available science indicates that working out three times a week is the most likely to be feasible and safe for almost everyone with cancer. “The evidence is clear that going from nothing” — from being totally sedentary — “to something is helpful” for people completing or recovering from cancer treatment, she says. Check with your doctor before starting an exercise regimen, but for those who are able to, she adds, “more is better.”

She and her colleagues hope that future studies will help to pin down more precise, granular doses of exercise that doctors can prescribe to aid in cancer treatment and prevention in general and against specific types of cancer in particular. They also hope to determine whether or not there is any upper limit on the amount of healthy exercise for people with cancer.

But for now, Dr. Schmitz says, the primary recommendation she and her colleagues would offer to anyone dealing with or hoping to avoid cancer is: “Get up. Move. It’s so simple and so essential. Get up and move.”