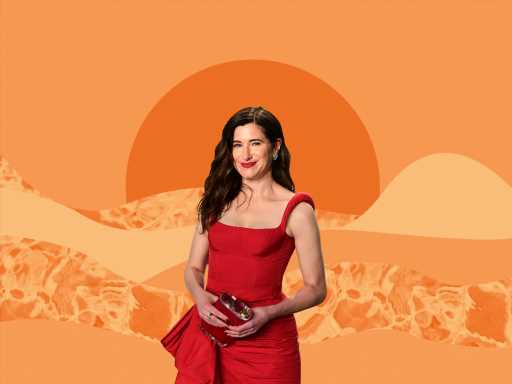 On WandaVision, Kathryn Hahn plays the sweetest, nicest, most evil person on the block. In real life, she’s exactly the same, minus the evil. SheKnows sat down with the woman behind Wanda’s (Elizabeth Olsen) big bad nemesis, who couldn’t be more different than her evil counterpart, and chatted about all things WandaVision, environmentally safe cleaning supplies, memes, and Kevin Bacon. Yes. Kevin Bacon. Hahn shared her thoughts about Wanda’s punishment of her character in the finale, what she thinks Agatha’s most redeeming quality is, and revealed tidbits about her cast members, Paul Bettany and Elizabeth Olsen. She even revealed who she feels was the real villain on WandaVision — and surprisingly, it’s not Wanda or Agatha! And of course, we asked her how really feels about her viral meme — you remember, the one that dominated the internet — and how she found out about it.

But first, now that she’s done playing evil, misunderstood Agatha — for now, anyway — Hahn has partnered with 9 Elements, a new line of fabric and home care products. From laundry detergent to vinegar-based dish soap and multi-purpose cleaner, they’re clean and green. (Wondering what Hahn’s favorite thing is to clean? Here’s the only hint we’ll give you, it’s not the boiler.) 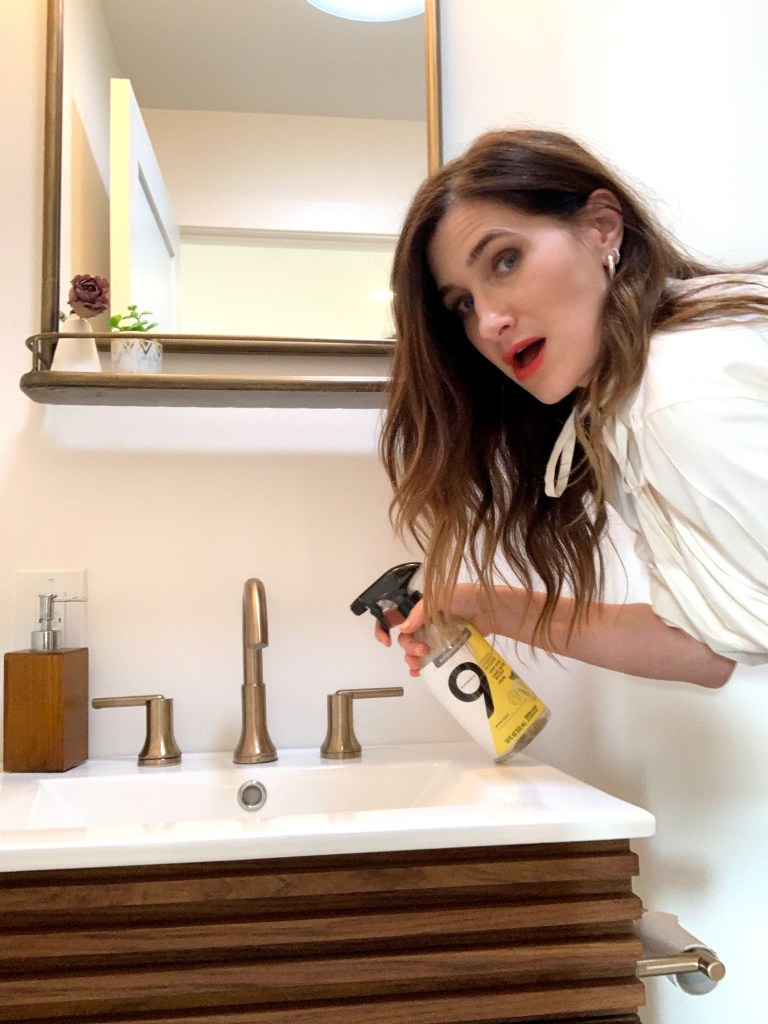 And back to that meme… For the last few months, Hahn’s iconic winking scene from WandaVision has been memed and giffed a bazillion times But Hahn isn’t even on social media, so she didn’t know until everyone started texting her the gif of her now-famous wink. We asked her if she ever texts the gif of herself to others. And wow, no. Kathryn Hahn does not gif herself, people. Back off.

As for what’s next for Agatha, Wanda, and the future of WandaVision? Hahn can’t really say, but tells us there’s no question as to whether she’d return to the franchise as Agatha. And as for who she thinks the real WandaVision villain is? You’ll have to watch to find out.