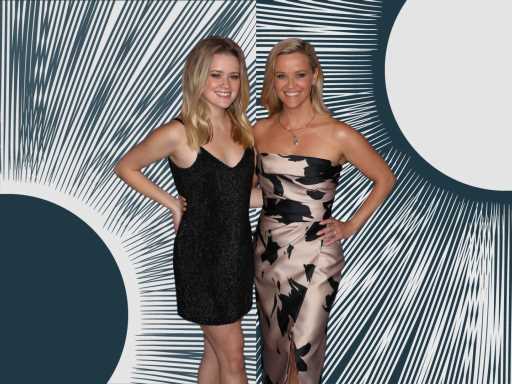 While there are plenty of celebrity kids who look like their famous parents, there are very few who come close to one particularly twinning mother-daughter duo: Reese Witherspoon and her daughter, Ava Phillippe. And with Ava turning 22 today, we couldn’t pass up the chance to prove that she favors her actor-producer mom more with each passing year. If ever there was a case of a Hollywood A-lister giving birth to their own doppelganger, this is surely it.

Let it be said that Ava does, in fact, also bear a resemblance to her famous father, Shooter star Ryan Phillippe. But, let’s be real, Ryan’s real twin is his son (and Ava’s little bro) Deacon Phillippe. Plus, while Ava looks like her dad, she could quite literally step in as her mom’s double in a movie or TV show — they’re that identical. And it’s not every day you mistake a Hollywood heavyweight like Reese for anyone, let alone their 22-year-old daughter.

In addition to being each other’s carbon copies, this mother-daughter duo shares an unshakeable emotional bond. When Ava left to pursue her studies at UC Berkeley, Reese admitted to Ellen DeGeneres, “I might have gone into her empty room, laid down on her bed, and cried when she went to college.” Reese even chose Ava as the face of her Draper James clothing and lifestyle line.

So, here’s to Reese and her lookalike daughter — we look forward to hardly being able to tell them apart for the foreseeable future!