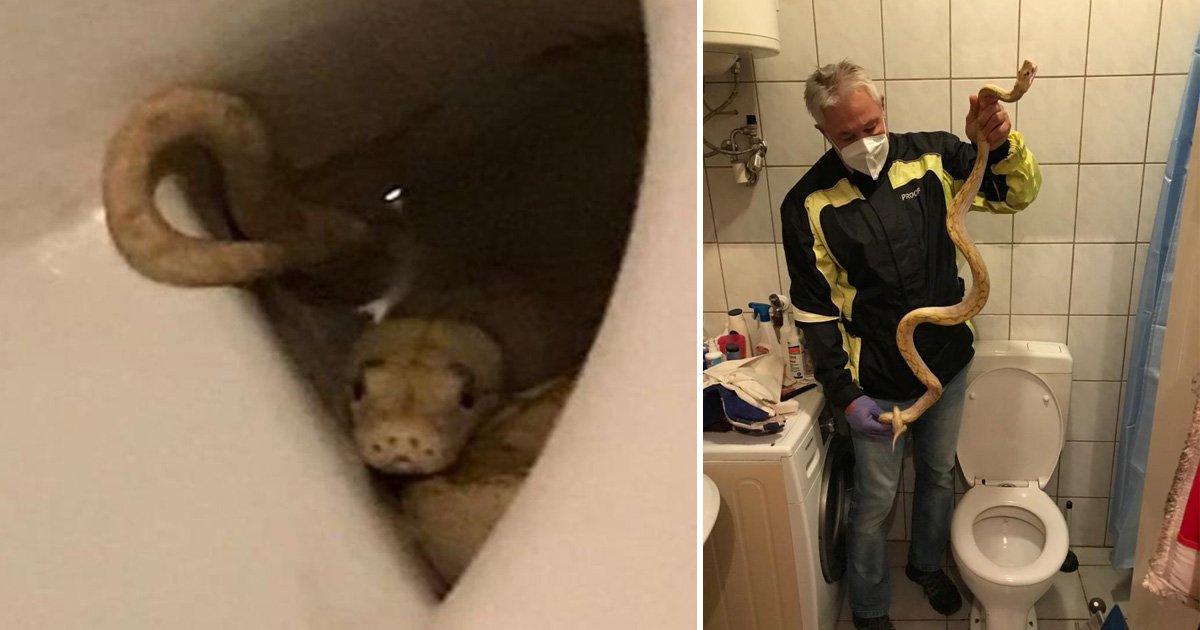 An Austrian man sustained an eye-watering injury to his genital area when he was nibbled by a 5ft python hiding his toilet.

The 65-year-old had nipped off to the loo but got a little more than he’d bargained for when he plonked himself on the seat.

Police said the man had just sat down when he felt a ‘pinch’ on his genitals.

When the unlucky Graz resident stood up to inspect the bowl he was stunned to see a huge albino python staring back at him.

The snake reportedly belonged to a neighbour and had escaped before choosing the unsuspecting man’s toilet as a nice spot for a rest.

A local reptile expert and police officers were drafted in to remove the unwelcome guest.

The bitten man was taken to hospital and treated for ‘minor injuries’ but luckily he escaped with little more than a nasty shock and a story to tell.

Medics confirmed to him that pythons are not venomous but treated the bite marks, the Daily Mail reports.

Snake expert Werner Stangl told local newspaper Salzburger Nachrichten the animal was also uninjured and was returned to its 24-year-old owner next door – after a quick clean.

Police said the man keeps a total of 11 non-venomous snakes and a gecko in his apartment in specially-designed cages and drawers.

The baffled neighbour had been unaware the python was missing until police brought it back.

He said it’s unclear how the snake managed the great escape or made its way into the neighbouring home.

Mr Stangl said that he had not seen anything like Monday’s incident in 40 years of working with reptiles.

Police said the snake owner had been referred to prosecutors for negligent bodily harm but it is unclear if he will be charged.

Animal services were also alerted to the presence of a large number of potentially dangerous snakes at his address.

For more stories like this, check our news page.