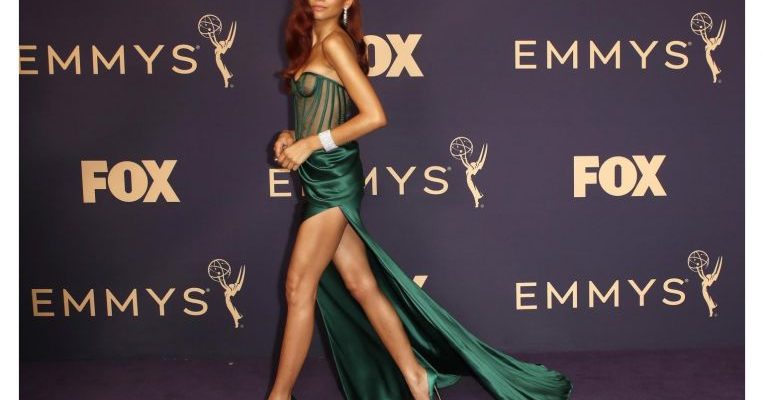 SINGAPORE – If there is one thing to take away from the 71st Primetime Emmy Awards that happened on Sept 22 night (Sept 23, Singapore time), it is that you can always bounce back from a fashion faux pas.

Actresses Mandy Moore and Emilia Clarke have had their rough moments on the red carpet in the past, but turned things around with an elegant pink-and-red ensemble and plunging navy gown respectively. On the other hand, there are folks like Amy Poehler – this year in a frumpy shiny jumpsuit – who just cannot seem to make the right sartorial decisions.

In a sea of safe choices at this year’s Emmys, here are some of the best and worst looks.

Euphoria actress Zendaya might have just been a guest presenter, but she stole the show in a custom emerald gown by Vera Wang which had a sheer bodice and thigh-high slit.

Her deep-red locks have us – and the rest of the Internet – convinced she was auditioning to be DC villain Poison Ivy.

Game Of Thrones’ Sophie Turner, Queen of the North, channelled an ice-queen look in a soft pink Louis Vuitton gown, accented with a diamond necklace from the fashion house’s high jewellery line. She traded her usual arm candy, husband Joe Jonas, for a tasteful diamond ring from the same line.

At least four women wore pink and red ensembles at this year’s Emmys, but Mandy Moore’s sultry Brandon Maxwell number won. The This Is Us star matched the gown’s ruffles with perfectly tressed waves.

This year’s youngest nominee, 17-year-old Asante Blackk of drama series When They See Us, marked his first Emmy Awards with a dapper cobalt blue suit.

Sporting a full sequinned number from Louis Vuitton, Outstanding Lead Actress in a Limited Series Michelle Williams was definitely a sight to remember when she went onstage to deliver her rousing acceptance speech championing equal pay for men and women.

We are in two minds about what truly makes Amy Poehler’s get-up a disaster. Is it the cheap-looking sateen fabric, the unflattering deep V or the strangely placed black lapels that look like she ripped it right off a tuxedo?

It is a rare stumble for the fashion-forward Pose star, who gets points deducted for the massive off-kilter hat topping off his glittering Michael Kors suit. But his trophy for Outstanding Actor in a Drama Series – making Billy Porter the first openly gay, black male to win – should help ease the shock of finding himself in this category.

The Sharp Objects actress should change her name to Amy Addams: What is with the shapeless Addams Family-meets-maternity gown? Are those corn husks on the sheer Fendi number? Looks like it was a bad year for Amys.

In this Christopher John Rodgers two-piece, Russian Doll’s Greta Lee looked like she was wrapped in two giant pieces of lettuce.

What springs to mind from Orange Is The New Black star Dascha Polanco’s Christian Siriano ensemble is the unicorn plush toy from animated flick Despicable Me (2010). It looks like it’s about to smother one in fluffiness.