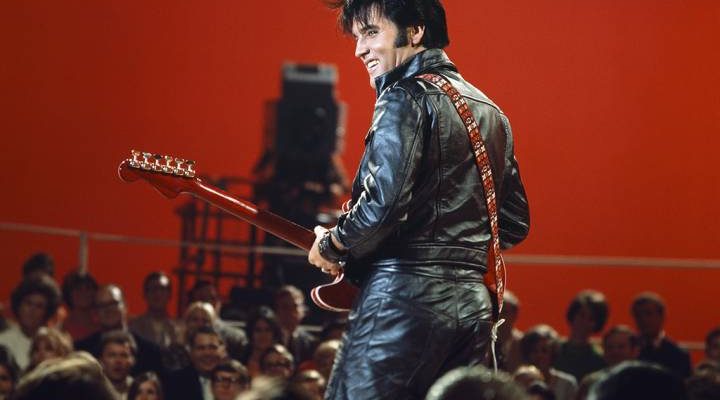 To celebrate what would have been his 84th birthday, NBC announced an exclusive special dedicated to the late Elvis Presley on Jan. 8.

The Elvis All-Star Tribute was produced to commemorate the 50th anniversary of “The King’s” legendary ’68 Comeback Special — which was his first television appearance in seven years and marked his return to the music industry after spending years as a film star.

The two-hour show will feature Blake Shelton as the host. The country singer will be joined by a variety of other world-renowned musicians for a series of covers and tributes, including John Legend, Carrie Underwood, Ed Sheeran and Darius Rucker, among many others.

Up-and-comers Shawn Mendes and Alessia Cara will also serve as the only Canadian performers on the program.

The special was directed by Leon Knoles and taped last October. It is scheduled to air in February.

In an official press release, the network revealed the special on its website Tuesday morning. The statement reads:

“Celebrating one of the greatest musical events in television history, NBC will honour a true legend when it airs the Elvis All-Star Tribute, a look back at the iconic 1968 special that put Presley back on the map.”

“Elvis’ Dec. 3, 1968, special was his first live television performance since 1961 and a monumental event. In addition to musical performances, the special will showcase rare Elvis footage, outtakes and interviews from those involved in the special,” the release continued.

On the official Elvis Presley website, it was revealed that his ex-wife, Priscilla Presley, will be part of the special in an intimate interview. Presley’s only child, Lisa Marie Presley, is also reportedly making a special appearance.

A tweet was posted shortly after the announcement including the all-star lineup of musicians.

“We can’t help falling in love with these performers,” NBC wrote in reference to Presley’s 1961 smash hit version of Can’t Help Falling in Love.

Many of the stars involved expressed their excitement over Twitter.

Adam Lambert teased his fans, asking them to guess which song he’d be performing. It was later revealed that he’ll be playing Blue Suede Shoes (1956).

Jennifer Lopez was quick to share the news, too. Her fans were ecstatic.

Country star Keith Urban even gave a shout-out to Post Malone, writing: “Had the best time jamming with u Posty [sic] — let’s hit that again somewhere!”

Elvis Presley during a performance at NBC Studios in Burbank, Calif.

To celebrate both the original and tribute performances, it was revealed that The Best of the ’68 Comeback Special album will be released on Feb. 15 by RCA/Legacy Recordings.

The album features 15 performances from the original ’68 Comeback Special. There will be four bonus tracks as well, including original studio recordings of three Presley hits: A Little Less Conversation, Suspicious Minds and Burning Love.

The final song, If I Can Dream, comes from the upcoming special. It features a collaborative performance by Underwood, Mendes, “Posty,” Darius Rucker and Blake Shelton alongside Presley’s original vocal track.

More information regarding The Best of the ’68 Comeback Special album can be found here.

Elvis Presley performs in concert at the Milwaukee Arena on April 27, l977, in Milwaukee, Wis.