Elizabeth Olsen turned the 2021 Emmys into a family fashion affair, stunning in an all-white gown designed by her sisters Mary-Kate and Ashley Olsen.

In a sweet show of support, the “WandaVision” star arrived at the award show on Sunday night wearing a dress from The Row, the fashion brand her famous older siblings launched in 2006 after they rose to fame as child stars.

The younger Olsen turned heads on the red carpet ahead of the 73rd annual ceremony, which was held in person in downtown Los Angeles after last year’s virtual event. She arrived at the event alongside her husband, Robbie Arnett. 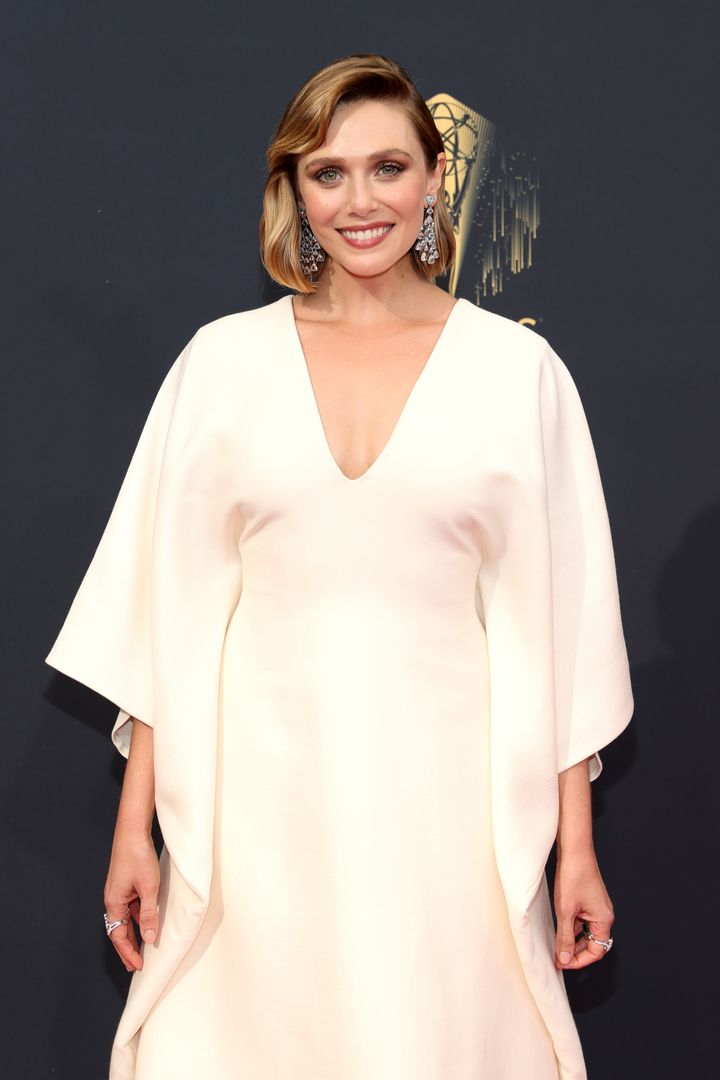 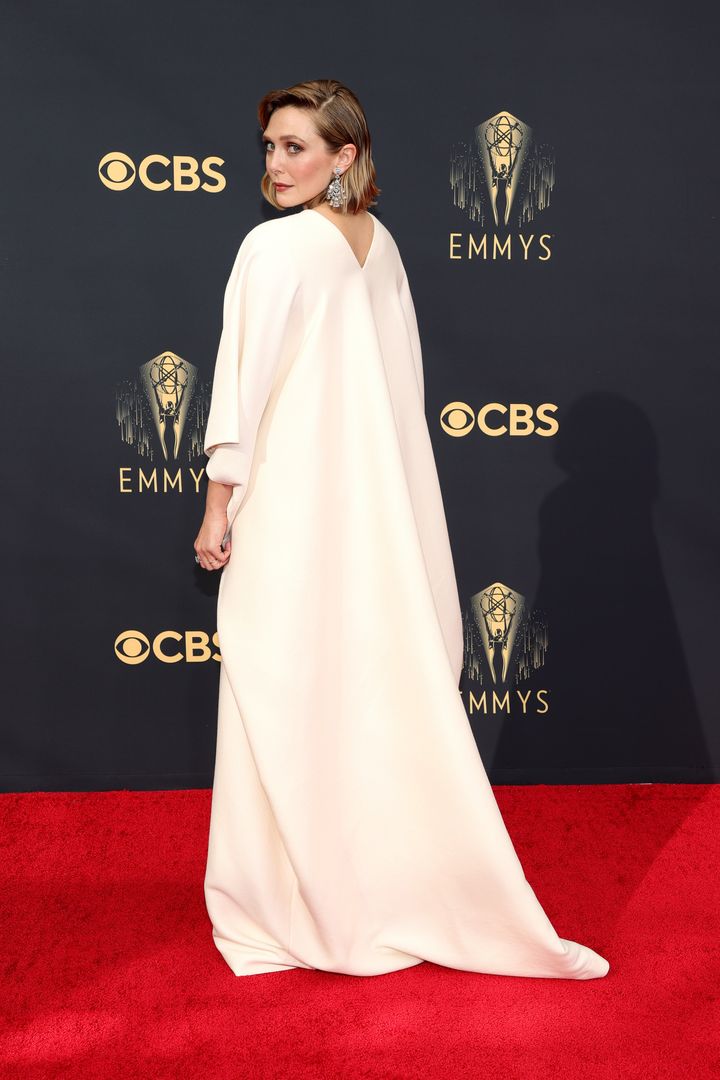 The look was “made by her very own sisters,” according to E! News correspondent Zanna Roberts, who said she was in communication with Olsen’s personal stylist.

Olsen scored her first-ever Emmy nomination for Disney+’s inaugural Marvel series “WandaVision,” which stands as the third most-nominated series heading into the evening.

In perhaps the most competitive race at the ceremony, Olsen will compete against Kate Winslet (“Mare of Easttown”), Cynthia Erivo (“Genius: Aretha”), Anya Taylor-Joy (“The Queen’s Gambit”) and Michaela Coel (“I May Destroy You”) in the Outstanding Lead Actress in a Limited Series category.

While Olsen stays clear of social media, her husband shared a photo of the actor in full gardening mode on his Instagram after news of the Emmy nominations broke.

Olsen later offered an official statement about her nomination, telling Variety that she was “really proud” of what the “WandaVision” team produced.

“It was a crazy show, and I’m sure everyone feels that way at the end of every job,” she said in a statement. “We had a great time together making our show, and for it to even have had the response that it had was enough, and then to be recognized on this level is very surprising and exciting.”

“For Marvel to enter television by creating a love song to television just felt perfect,” she continued. “It was so challenging but such a joy, it was really one of the most fun jobs I’ve ever had because of these sitcoms through the decades. It made me realize, “Oh maybe I should be a sitcom actor, what am I doing with all these dramas?”