Elizabeth Debicki has responded to critics of The Crown blasting the new series, defending the storylines as ‘clearly fictional’.

Ahead of the series release, former Prime Ministers Sir John Major and Sir Tony Blair have hit out at the depiction while Dame Judi Dench called for a disclaimer to be added to each episode, saying it has begun to verge on ‘crude sensationalism’.

Landing a long two years after season four, the highly-anticipated ten episodes are scheduled to arrive on Netflix in a matter of days, with Dominic West taking on the role of Charles while Elizabeth plays Diana.

Asked whether she felt defensive to the criticism in an interview with the Guardian, she said: ‘I don’t really. I understand what the show is and what it’s trying to do.

‘I also understand the reaction to it. I think this is a period of time that’s been told many times over and will continue to be told, and I know the degree of care and respect people enter into these stories with.’

The actress feels in her mind the show is a television drama, based on real events.

She continued to the publication: ‘I mean, it is clearly fictional. I feel like audiences know that, because there are actors, playing parts.’ 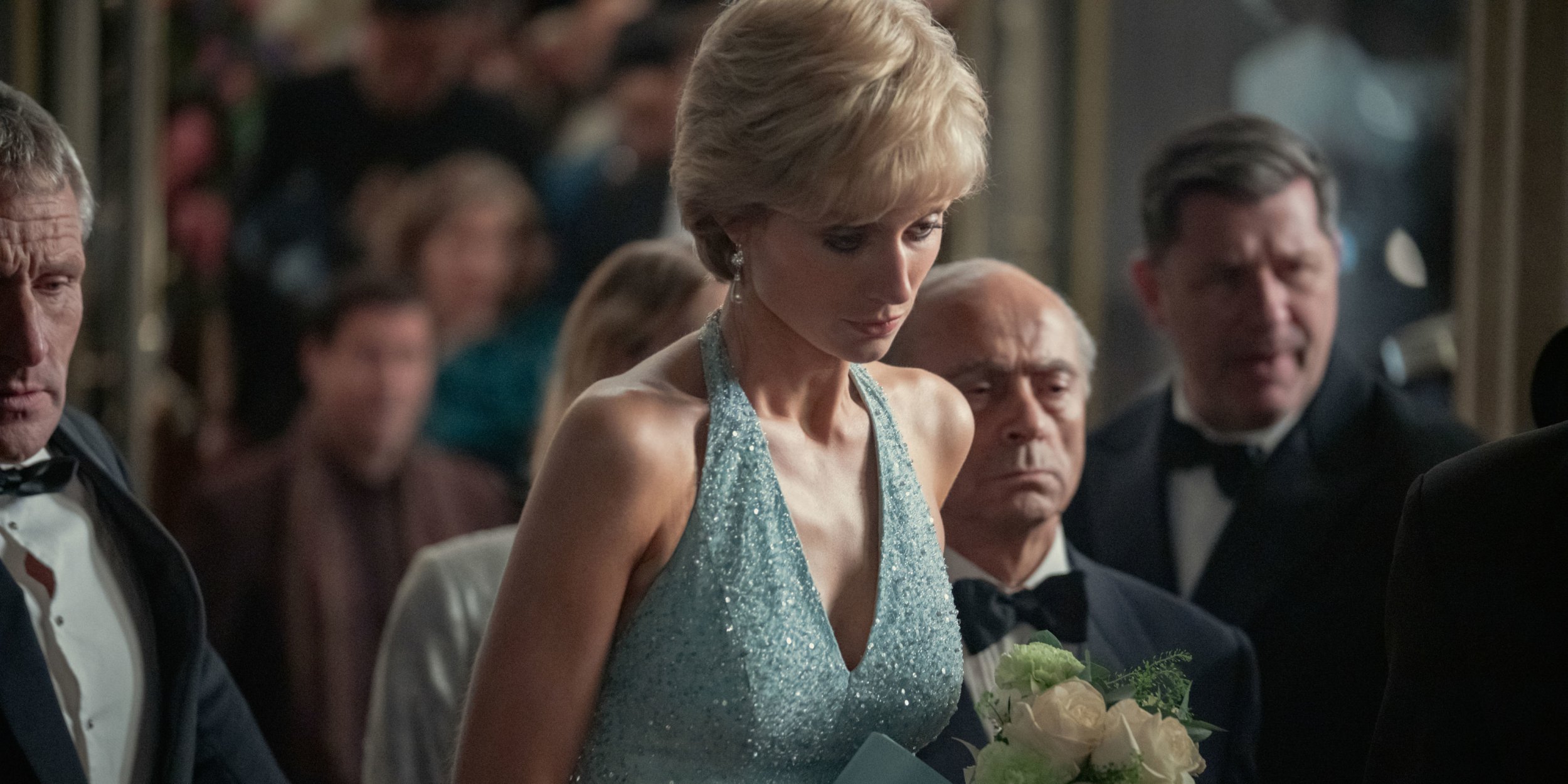 ‘I never watched The Crown and thought, “this is a documentary” or “this is obviously true”‘, she added.

Sir John recently wrote a letter to The Telegraph responding to the upcoming fifth series which is expected to show Charles cutting short a holiday with Diana to host a secret meeting with Sir John at Highgrove in 1991, at which they discuss potentially ousting the Queen.

The former prime minister wrote that it ‘will be profoundly hurtful to a family who are still grieving for the very person on whose life the entire drama was founded.’

Charles is reportedly shown trying to recruit Sir Tony as an ally to protect his future and pave the way for him to marry Camilla, shortly after the 1997 general election which saw Sir Tony become the Labour prime minister.

Sir Tony’s spokesman told the publication: ‘It should come as no surprise that this is complete and utter rubbish.’

For the upcoming fifth and the final sixth series, Elizabeth is taking over the role of Diana, who Emma Corrin portrayed in series four.

Imelda Staunton will be taking over from Olivia Colman as Queen Elizabeth II, while Jonny Lee Miller will be playing then prime minister Sir John and Bertie Carvel playing Sir Tony.

Elizabeth said that despite the sensitivity of the role and knowing it would bring intense scrutiny on her, she was never reluctant on joining the show.

‘I went off instinct and I didn’t overthink it. I’ve watched this show and loved it for years,’ she said.

‘I knew I was stepping into working with people who were extremely intelligent and very sensitive about how they went about creating the script and making decisions.

‘So, I never felt like I’d jumped on unstable ground.’

Her comments echo those she made earlier this month, in which she insisted while she ‘respects’ people’s opinions, she wants everyone to now focus on the ‘creator endeavour’.

She told the Radio Times: ‘I respect people’s points of view and I, being an actor in the show, understand the nature of what the show is. It was always very clear to me that one can never know what happens behind closed doors, and that a writer is interpreting what may have happened.

‘Now the disclaimer is up there, we can maybe stop talking about it and move on. If that’s helpful for certain people, so be it, and now the conversation can be returned to the creative endeavour of what the show is.’

On YouTube, the description for a teaser reads: ‘Inspired by real events, this fictional dramatisation tells the story of Queen Elizabeth II and the political and personal events that shaped her reign.’

However, Elizabeth has said the ‘beauty’ of the show is that it leaves ‘room for interpretation’, which she thinks is the mark of ‘good drama’.

She added: ‘It’s a tricky thing to speak about because I would like people to watch it and make up their own minds.

‘There’s a huge amount of room for interpretation, and that’s the value and beauty of The Crown as well, that you receive a different message depending on who you are. That’s good drama to me.’

The Crown season 5 premieres on Netflix on Wednesday, November 9.