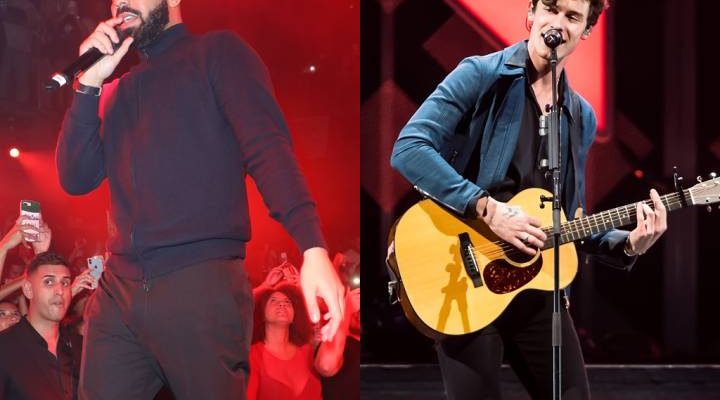 The 2019 Grammy nominations were revealed on Friday morning, and a couple of Canada’s biggest names were given multiple nods. Between the two, singer Shawn Mendes and rapper Aubrey Graham (best known as Drake) accumulated nine nominations.

This marks Mendes’ first-ever Grammy nomination (he’s only 20 years old). He is also up for the Best Pop Vocal Album award with his self-titled 2018 release.

The 61st Annual Grammy Award Ceremony will be Drake’s ninth year as a nominee — this time around, the 32-year-old has seven opportunities to bring one home. Of his 35 total nominations in previous years, he has won three.

Mendes made an appearance on CBS’ This Morning early Friday to reveal the 2019 lineup of nominees.

He was joined by 2018 Grammy winner and fellow Canadian pop star, Alessia Cara.

Ironically, Drake and Mendes are up against each other for Song of the Year — Mendes with In My Blood and Drake’s God’s Plan. They’re competing with the likes of rapper Kendrick Lamar, Lady Gaga and Childish Gambino, among others.

God’s Plan was the most streamed single in 2018, as calculated by Spotify and Apple Music. On Spotify alone, the song accumulated more than 8.2 billion listens. Drake was also ranked the most popular artist in general. He now owns the title for most streamed artist of all time.

If that weren’t enough, the Hotling Bling singer now holds the record for most top-10 singles on the U.S. Billboard Charts in a single calendar year. He stole the title from the legendary Beatles back in October. The Fab Four’s 11 singles were eclipsed by Drake’s 12.

Is it any surprise Drizzy received seven nods this year?

Comparatively, Mendes is now scheduled to headline his first arena show in his hometown of Toronto next September. He’ll play the Rogers Centre, home of the Toronto Blue Jays, which houses more than 53,500 people per event.

He has only ever played there once in support of Taylor Swift on her 1989 tour in 2015.

His third album, Shawn Mendes, received high praise and will soon launch him into an extensive world tour playing to hundreds of thousands of young fans across the globe.

Over the last couple of years, Mendes has really shone a light on young Canadian talent, highlighting what they’re capable of and paving the way for a new generation of musicians. Many believe he is long overdue for a Grammy award.

You can find the full list of major nominations here.