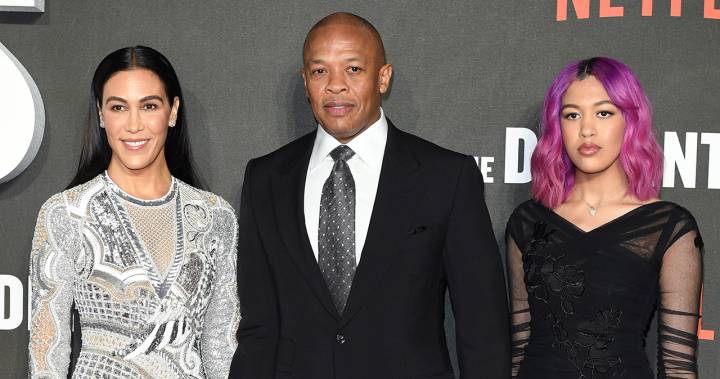 Hip-hop legend Dr. Dre took to Instagram on Sunday to celebrate his daughter’s acceptance to the University of Southern California (USC) and to crack a joke directed at the families caught up in the college admissions bribery scandal, which involves celebrities such as Lori Loughlin and Felicity Huffman.

The 54-year-old rapper, whose real name is Andre Young, posted a photo of himself next to his daughter Truly Young, 18, who was seen holding up an Experience USC book.

“My daughter got accepted into USC all on her own. No jail time!!!” Dre captioned the since-deleted photo.

Would ya look at that. #CommentsByCelebs

Dre’s comments come in the wake of the college admissions bribery scandal after a federal investigation of the scam, involving more than 30 parents, many of them prominent, was revealed March 12.

Dre has close ties to USC. In 2013, Dre and Jimmy Iovine donated a combined $70 million to create a new institution at USC.

Their donation was used to establish the Jimmy Iovine and Andre Young Academy for Arts, Technology and the Business of Innovation.

The program aims to help undergrad students interested in marketing, business entrepreneurship, computer science and engineering, audio and visual design and the arts, according to a news release.

Students can earn an undergraduate degree at the end of the academy’s four-year program.

In 2013, Iovine told The New York Times: “If the next start-up that becomes Facebook happens to be one of our kids, that’s what we are looking for.”

Dre added: “I feel like this is the biggest, most exciting and probably the most important thing that I’ve done in my career.”

Many people on social media began to compare Dre’s donation to Loughlin and her husband, fashion designer Mossimo Giannulli, who are accused of paying bribes to gain their daughters’ college admissions into USC.

Loughlin and her husband were among more than 30 parents who allegedly paid a consultant to ensure their offspring’s place in college with bribes and falsified exams. Prosecutors allege the couple paid $500,000 to have their daughters labelled as crew-team recruits at the University of Southern California, although neither is a rower.

The investigation into the defendants, titled ‘Operation Varsity Blues,’ saw at least nine athletic coaches and 33 parents among those charged. Some parents spent hundreds of thousands of dollars, as much as $6.5 million, to guarantee their children’s admission, officials said.

Huffman (Desperate Housewives, American Crime) was among the other prominent parents, including a lawyer, doctor and a venture capitalist, indicted in the scam.

In total, roughly 50 individuals — including Loughlin’s husband, as well as business executives — have been charged. Several defendants, including Huffman, were charged with conspiracy to commit fraud, punishable by up to 20 years in prison.