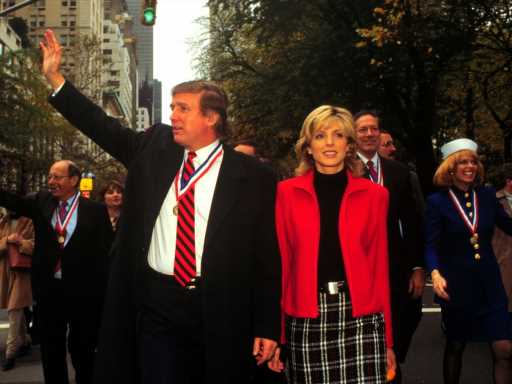 The Donald Trump-Ivana Trump-Marla Maples love triangle might have lasted far longer than people could have ever imagined. Maggie Haberman’s new book, Confidence Man: The Making of Donald Trump and the Breaking of America, shares a story about the former president not letting his then-wife know that he filmed a provocative Pizza Hut commercial with ex Ivana until after it was completed.

Donald Trump, who had a highly publicized affair with Maples while married to Ivana, was completely comfortable with the script that teased a post-divorce affair with his ex. He says, “it’s wrong” in the ad while Ivana quips, “but it feels so right.” Of course, they are talking about the stuffed-crust pizza, but that certainly didn’t make Maples feel much better.

The former duo filmed the commercial at Trump Tower while Maples was thousands of miles away at Mar-a-Lago — she had no clue what her husband was up to. When he did confess that he worked with Ivana while she was out of town, Maples had a severe reaction to the news. Donald Trump recalled the story to Nick Ribis, the chief executive of the Trump casino empire at the time, and Alan Marcus, a consultant, about how she took the news. “The poor kid,” he said in Haberman’s book. “I started to tell her, and she got sick. She said she had to go.” Maples reportedly went to the restroom to “puke her f**king guts out.”

Donald Trump seemed to have no problem keeping that information from his wife until he absolutely felt like she needed to know — and perhaps his ego didn’t mind the idea of two women fighting over him. Even though Maples was wrong to engage in an affair with a married man (who should have honored his vows to Ivana) in the first place, she probably worried that he might go back to Ivana because they shared so much history together, including a Pizza Hut commercial.

Before you go, click here to see all the celebrities who have admitted to cheating on their partners. 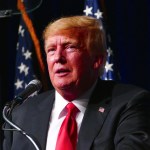 
Donald Trump Reportedly Wanted to Dress as Superman After Beating Covid, According to Bombshell New Book