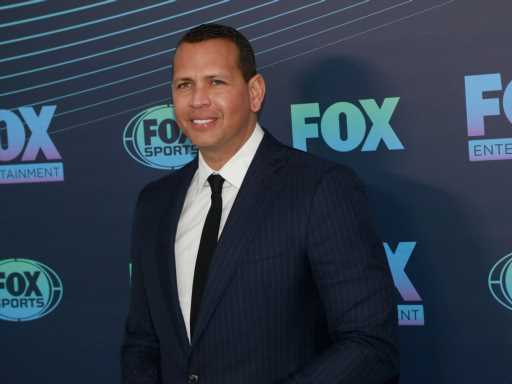 Ever since parting ways with Jennifer Lopez back in April, Alex Rodriguez has had a new female friend who is, at the very least, keeping his Instagram page well-tended. No, it’s not NFL reporter Melanie Collins, with whom he’s been yachting around Europe hot on the heels of ex Lopez and her old-flame-turned-new Ben Affleck. Instead, it’s Donald Trump Jr.’s longtime girlfriend Kimberly Guilfoyle who’s been dutifully double-tapping nearly all of Rodriguez’s photos for the past few months, and her comments here and there have been revealing about how these two know one another. 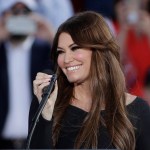 As you may recall, we reported earlier this summer that Rodriguez, no longer welcome at Jennifer Lopez’s $10 million Hamptons home where they’d spent time together last summer, had gone ahead and rented himself a different Hamptons home just a stone’s throw away. What we didn’t report at the time was that this home had a previous set of celebrity owners: Donald Trump Jr. and Kimberly Guilfoyle, who sold the home in March for just over $8 million, per DailyMail.com.

Guilfoyle appears to have been made aware of Rodriguez renting the property (for a reported $200,000 per month), and she’s been reaching out on Instagram to her new friend: “Hope you are enjoying the house we loved it!” she wrote on a June 16 post.

“Beautiful girls happy for you glad you are enjoying the home with your family!” she wrote on a July 2 post. 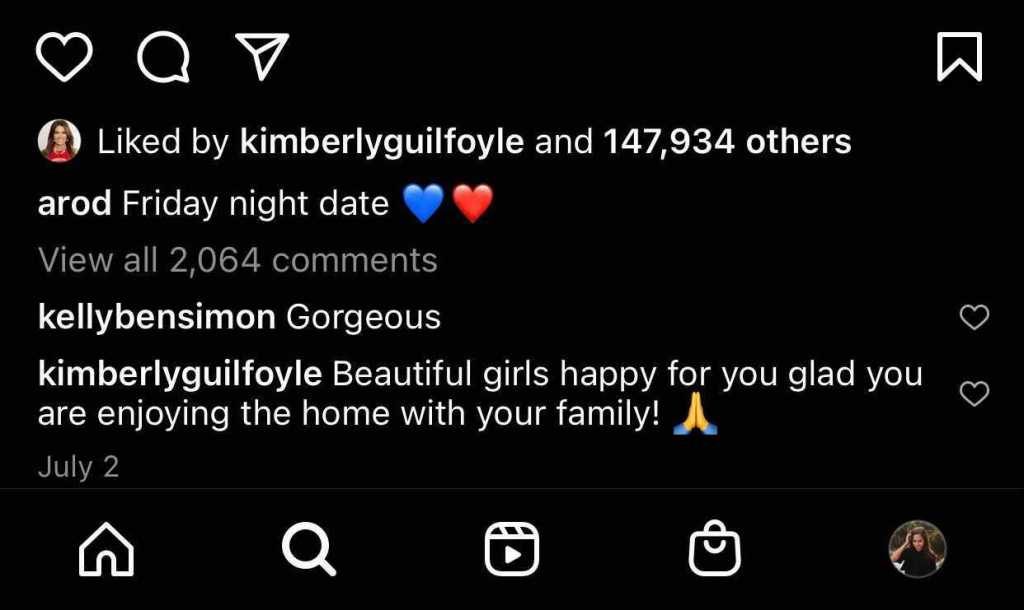 As other commenters have pointed out, Rodriguez doesn’t seem to be showing her comments much love, neither liking nor responding to them though he did engage with other comments on the same post. He also doesn’t appear to be liking any of her posts in return, though given what we know about Rodriguez’s preference for communicating in the DMs, that may not be relevant to whether or not he’s reached out in return.

Throughout her relationship with Rodriguez, Lopez signaled numerous times that she was not a fan of former president Donald Trump, from her 2020 Super Bowl performance decrying the practice of putting immigrant children in cages at the U.S. border to her performance at President Joe Biden’s 2021 inauguration. It would be surprising to find out that Rodriguez had formed a strong relationship with the Trump family since their breakup this spring, but, in all fairness, every aspect of this breakup has been more surprising than the next.

Before you go, click here to see all the celebrities who have been engaged four or more times.