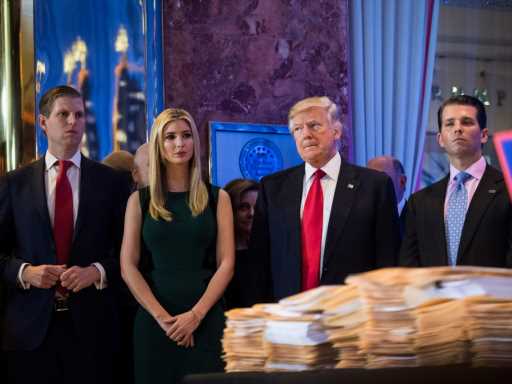 New York Attorney General Letitia James is suing Donald Trump, his three eldest children, Ivanka, Donald Jr., and Eric, along with the Trump Organization, alleging business fraud. The suit was filed in New York State court on Wednesday and it comes after a three-year investigation into his business dealings that reportedly helped create fraudulent valuations on his properties and his overall wealth.

James is seeking $250 million in penalties, along with permanently barring the Trump family from running businesses in the state. “Donald Trump falsely inflated his net worth by billions of dollars to unjustly enrich himself, and cheat the system, thereby cheating all of us,” James said at a Wednesday news conference. This is just one of the many legal cases that Donald Trump is currently facing, but he naturally retaliated with words on his Truth Social platform calling her a “fraud.”

“She is a fraud who campaigned on a ‘get Trump’ platform, despite the fact that the city is one of the crime and murder disasters of the world under her watch,” he wrote. Alina Habba, an attorney for Trump, also released a statement to The Hollywood Reporter, noting that the filing was “neither focused on the facts nor the law” and was “solely focused on advancing the Attorney General’s political agenda.”

What Donald Trump and Habba have failed to recognize is that Deutsche Bank, one of the former president’s biggest lenders, is cooperating with James’ office. Even though the bank stopped working with him in January 2021, the lawsuit alleges they were also defrauded by Donald Trump — and they could be one of the crucial pieces of evidence to James’ case. Donald Trump, Eric, Ivanka, and Donald Jr. all have a long legal road ahead of them, and it’s probably a sigh of relief for Tiffany, who is the one adult child left off this lawsuit — right now, she is probably OK that she wasn’t brought into the family business.

Before you go, click here to see the biggest presidential scandals in US History. 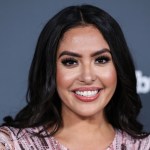