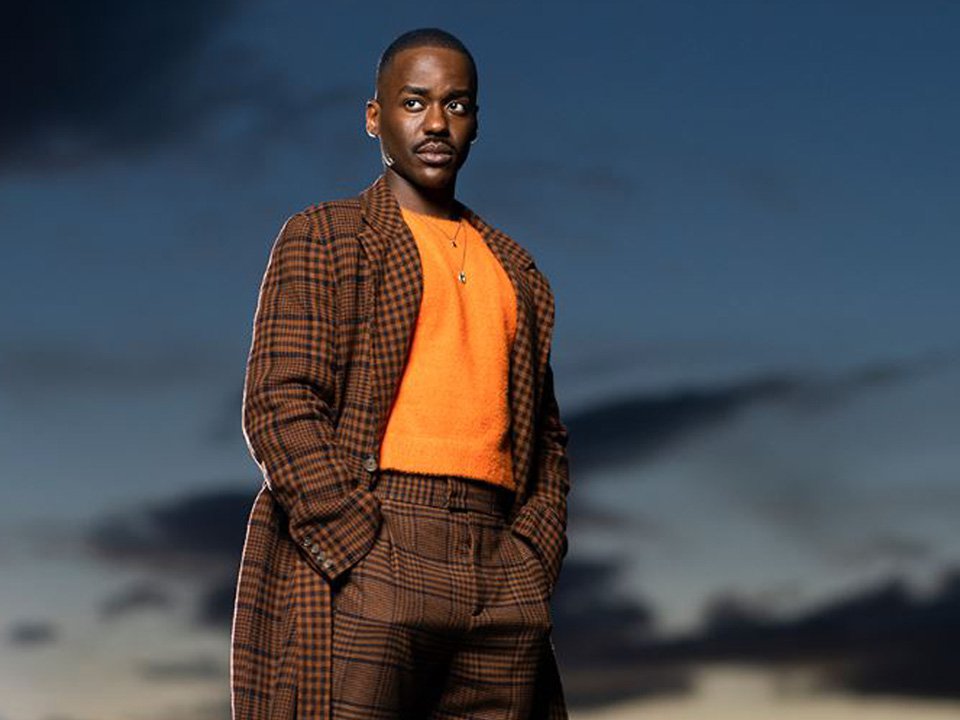 Ncuti Gatwa treated fans to a behind-the-scenes look at the upcoming season of Doctor Who as he prepares to make his debut as the Time Lord.

While details over the series’ air date have been kept under wraps, the Eric Effiong star confirmed that filming is officially underway.

‘I genuinely feel I have an adrenaline hangover. But boy oh BOYY what we have in store for you.

‘P.s that video is just an excuse to show off the fit of my trousers, tell me you wouldn’t do the same!

In the first official pictures, published by the BBC on Saturday [December 17] , Ncuti is seen looking very dapper and stylish in a neon orange T-shirt and brown tweed suit.