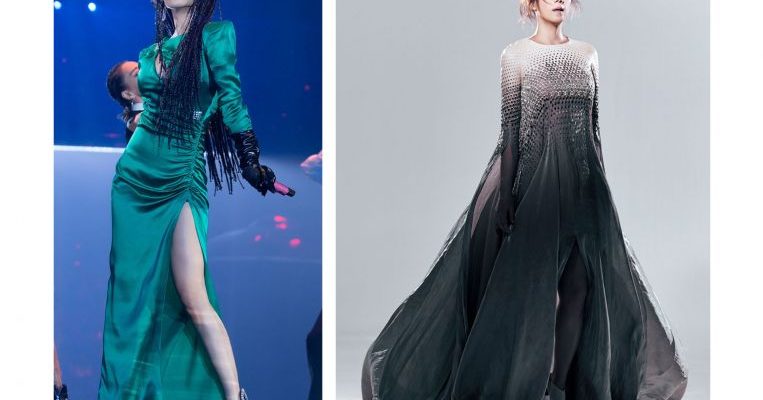 The new record 0, her 12th Mandarin release, feels more cohesive, with her clear-as-a-bell voice breathing life into a crop of songs dusted with electronica.

It opens with Breathe In… Breathe Out – one of two English numbers – a piano-backed track for which Lam co-wrote the music and lyrics.

Some of that Earth Mother vibe resurfaces on 0, with references to trees, mountains, rivers and ants. Solar System goes further as she delves into the cosmos: “The life force from light/The one and only you.”

Some of the loveliest tracks here are effortlessly exquisite.

Qian Wei, which is titled Angels in English, is about the ache of longing: “Are there enough memories to weave into a blanket.” While Morning Light is about the bliss of love: “Wild flowers are ostentatious/Sparrows are flying/We are in love again.”

The philosophy of living in the now comes full circle at the end with the Mandarin version of Breathe In… Breathe Out, Yi Hu… Yi Xi. At this stage of her long and storied career, Lam’s music is more intimate than ever, an inward journey that is both revealing and rewarding.

Where once she sang cheerily about plastic surgery in Kan Wo 72 Bian (Magic) (“Make the nose higher, so the air is fresh”) – and was herself the subject of rife speculation whether she had gone under the knife – the artist now embraces herself fully.

She sings on Ugly Beauty, which she co-wrote: “Who dares to set the standards of beauty/Who I wanna be today/It all depends on me.”

Her self-confidence comes through clearly. In Necessary Evil, with its ominous synthesizers, she lays it out: “Who’s a witch, I’m cold therefore I’m beautiful/Only I can see clearly the shape of my soul.”

And her advice on the groovy Womxnly: “Don’t let anyone change you.”

There is an edginess and playfulness here spilling over from her last record on tracks such as Lady In Red, in which she riffs on the scarlet hue and its multitudinous associations: “I am fresh blood, I am fire, I represent danger/I am tears, red-rimmed eyes.”

She would rather tell it like it is on her 14th studio album, even if it might raise an eyebrow or two, with much of the material draped in dance floor-friendly tunes.

Life Sucks does not hold back: “Horoscope for the year not too good, treat it like taking a dump.”

And she gets her sexy on for Sweet Guilty Pleasure as she teases: “I enjoy every detail of your desire/ Love the lump in your throat as you furtively swallow your saliva.”

It all flows smoothly and makes for one compelling Ugly Beauty.