You are not going crazy, Disney is all-in on doing live-action remakes of its classic animated movies, and no title is safe.

Next up is the movie that is one of Walt Disney Animation Studios’ crown jewels from the early 1990s: “Aladdin.” The movie won two Oscars — one for original score and the other for the original song, “A Whole New World” — and was the top-grossing domestic movie of 1992,making over $200 million.

And what that all means to the powers-that-be at Disney is there’s a built-in audience on a massive scale. But instead of “unlocking the vault” and doing a rerelease of the title, the studio combined childhood nostalgia with glossy CGI to produce a live-action version to pull in the masses. Like “101 Dalmatians,” “Alice in Wonderland,” “Cinderella,” “The Jungle Book,” “Beauty and the Beast,” and “Dumbo” before it, “Aladdin” (opening in theaters on Friday) comes with the lofty expectation that the audience will get the same feeling watching it as they got from the original.

Even though the formula has worked in the past (“Alice in Wonderland” and “Beauty and the Beast” made over $1 billion at the worldwide box office, and “The Jungle Book” was just shy of a billion), it’s still a huge ask for the filmmaker to recapture the original’s magic. 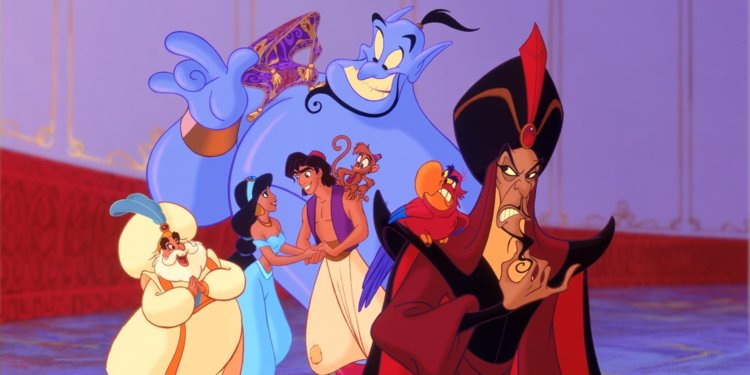 The original “Aladdin” was released by Disney in 1992 and was the highest-grossing movie at the domestic box office that year with over $200 million earned.DisneyIn the case of “Aladdin,” all eyes turn to director Guy Ritchie (known for his stylish action movies “Lock, Stock and Two Smoking Barrels,” “Snatch,” and the “Sherlock Holmes” franchise).

To accomplish this feat, Ritchie tries to take the spirit of the original movie and shake it up a bit so it has some original flair. Sadly, what he delivers feels like a super-expensive community production of a classic. It’s like watching Shakespeare at your local playhouse — if that playhouse were given unlimited resources.

Read more: “Booksmart” is more than just the must-see movie of the summer: it’s generation-defining

The story does not deviate from the original. It’s still about an Agrabah street kid named Aladdin (Mena Massoud) who falls for a princess named Jasmine (Naomi Scott) and, after coming into the possession of a magical lamp with a Genie (Will Smith) inside who offers him three wishes, tries to win her heart. But outside of the plot, a lot is tweaked.

All the memorable songs from the original are remixed — slightly in the case of “Arabian Nights” and “One Jump Ahead,” and in a major way with “Friend Like Me” and “Prince Ali” (“A Whole New World” gets the least amount of rework). There are Parkour-styled action sequences and lavish dance numbers. And Jasmine sings a new original song.

And then there’s Will Smith as Genie. Disney had to know this was the biggest gamble for the movie. Smith, or whoever took on the role, would have to go up against the iconic performance given by Robin Williams in the original. 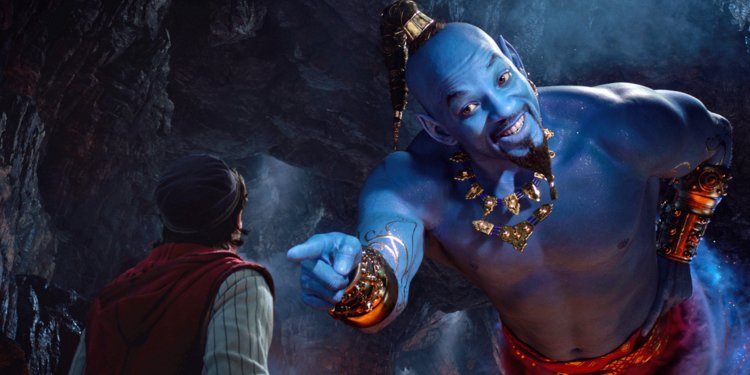 Will Smith as Genie comes off as his character from “Hitch” sometimes.DisneySmith’s comedic talents and star power help him pull off the role. He tones down the Genie energy a lot compared to Williams, though he still throws out a memorable line or two from the original. But honestly, I couldn’t help but think of “Hitch” — Smith’s great 2005 romantic comedy where he plays a date doctor — in the chunk of the movie when the Genie is trying to build up Aladdin’s confidence to go and talk to Jasmine. That section contains some of Smith’s funniest moments in the movie.

But that is also the part of the movie when things go a bit too long. In this version, a lot more attention is put on Aladdin going against Genie’s advice to be himself and instead trying to embody the Prince Ali persona.

But one aspect of the movie that works well and is not from the original is Jasmine’s independence. She talks throughout the movie of wanting to be the Sultan instead of having to marry a man who will be one. And it culminates in this incredible scene when time stops and Jasmine sings an original song for the remake called “Speechless” that drives home her individuality. Scott’s amazing performance in the sequence will give you goosebumps. It’s a good bet the song will be nominated for best original song at next year’s Oscars. 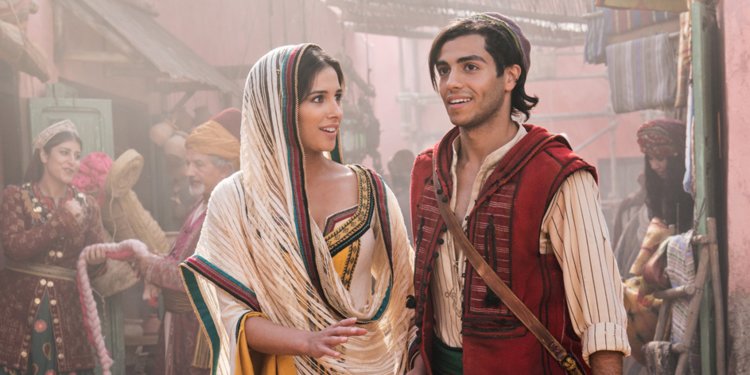 Naomi Scott and Mena Massoud as Jasmine and Aladdin is perfect casting.DisneyThe biggest problem with the “Aladdin” remake is it’s all over the place. Sometimes it’s a Bollywood movie; sometimes it’s “Hitch 2.” Some individual scenes are strong but as a whole it doesn’t work. (Though expect it to still make a lot of money at the box office.)

Halfway through the movie, I tried to take the original movie out of my mind and asked myself if I would enjoy this on its own merits. Massoud and Scott are perfect casting and I enjoyed that Ritchie used a lot of practical effects and numerous physical sets instead of all CG. By the end, however, I just shrugged.

It was a fun time, but after writing this review, I’ll probably never think of this movie again.