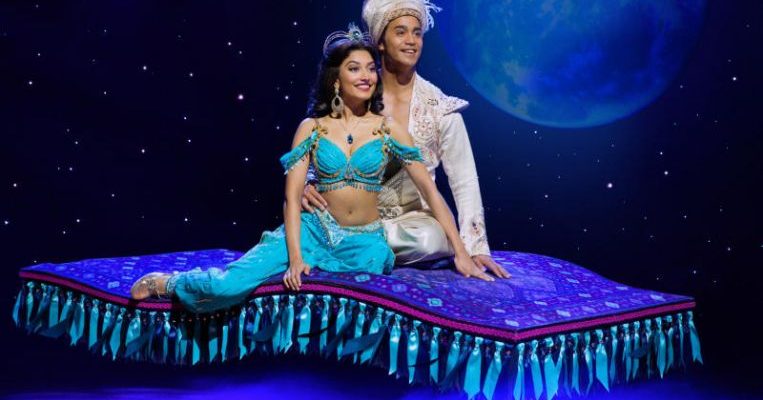 SINGAPORE – The hit broadway musical Aladdin will be staged at Marina Bay Sands in July (2019) – the first time the English version is being performed in Asia.

The production, which promises to be a dazzling visual spectacle, will feature 40 tonnes of exotic flying scenery, 60 tonnes of automation and staging, and hundreds of glittering costumes with 1,225 different fabrics, 712 different styles of beads and nearly 500,000 Swarovski crystals.

The musical is adapted from the popular 1992 Disney film of the same name, as well as folk tales such as One Thousand and One Nights.

Aladdin made its world premiere at Broadway’s New Amsterdam Theatre in 2014. So far, close to 10 million people around the world have seen it.

Set in the fictional Arabian city of Agrabah, it tells the story of a young man who is granted three wishes by a genie in a lamp. With the genie’s help, he woos the Sultan’s daughter and thwarts the evil Grand Vizier.

The original musical features music by Alan Menken, as well as lyrics by Howard Ashman, Tim Rice and Chad Beguelin. It was directed and choreographed by Casey Nicholaw, known for his work in The Book Of Mormon.

The Singapore run of the musical is produced by Disney Theatrical Productions, Australia – starring Gareth Jacobs as the Genie, Graeme Isaako as Aladdin and Shubshri Kandiah as Jasmine. It is presented by Base Entertainment Asia.

The musical will feature five songs from the movie’s Academy Award-winning soundtrack – including the popular duet A Whole New World – as well as others that were written specially for the stage.

ADMISSION: Ticket prices range from $68 to $228 (excluding a $4 booking fee). Go to www.MarinaBaySands.com/ticketing or www.sistic.com.sg. Alternatively, call 6688-8826 or visit the box offices at Marina Bay Sands.