McArthur Binion had been creating art almost completely under the radar for four decades, handling his own occasional sales and raising two children in Chicago on a teaching salary.

Now Mr. Binion, the first African-American to receive a graduate degree from the prestigious Cranbrook Academy of Art, has been fully embraced by the mainstream art world — at age 72. His dealer is a prominent Chelsea gallery. Museums and international collectors are snapping up his large canvases, minimalist grids painted in oil stick over collages of personal documents.

With his work selling for up to $450,000, he can now travel first class and easily afford his daughter’s Brown University tuition. “I’m totally ready for it,” Mr. Binion said of the acclaim.

But he was not totally ready for the coarser realities of the modern-day art market. Mr. Binion rejected one dealer who he felt patronized him — she was hustling his freshly-painted works on her cellphone at the Venice Biennale and coaching him on how to speak to curators and the press.

“Nobody’s going to tell me what to say about my work,” said Mr. Binion. “For me, if it wasn’t going to be on your own terms, it’s not worth it.”

Mr. Binion belongs to a generation of African-American artists in their 70s and 80s who are enjoying a market renaissance after decades of indifference. Museums are mounting popular exhibitions of their work and their names, in some cases, are worth millions on the auction block.

And so precisely when many artists are slowing down, they are gearing up — and struggling to balance the new pressures of success. 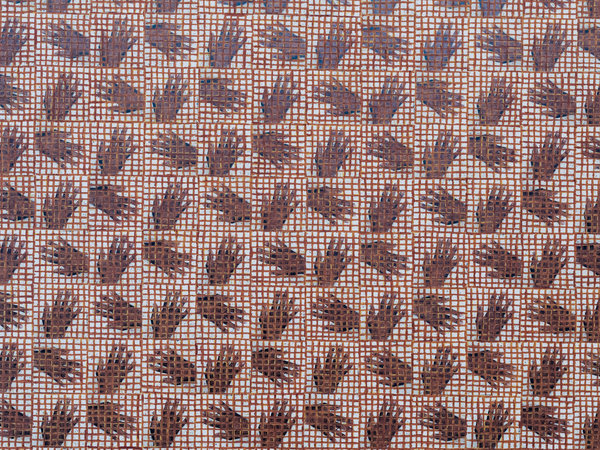 With public appreciation have come demands to attend openings, lectures, interviews and panels at a time when travel can be onerous, or when artists prefer to be in the studio. Those whose work was never political or didactic are apprehensive about being framed as black artists, rather than as just artists.

“The kind of elation I may have had back 30 years, I’m past that point,” said Howardena Pindell, who at 75 uses a walker and can no longer crawl up a ladder to execute her paintings, often collaged with hundreds of paper dots covered in layers of acrylic, dye, sequins, glitter and powder.

Like other artists of color discovered later in life, hers is a different kind of contentment: “It’s a more a sense of feeling protected and safe in terms of the vicissitudes of the art world.”

In interviews, several of these artists spoke of the urge to create new works, which can be physically demanding yet invigorating at the same time. And while all the new money flowing in would have been nice when they were raising families, they were happy to be able to provide some security for their children and grandchildren.

Still, they can only do so much. Alexander Gray, a New York dealer who represents Melvin Edwards, Lorraine O’ Grady and Frank Bowling, said he has been guilty of overestimating the speed of his elderly artists. “With the enthusiasm of the marketplace,” he said, “we forget the age of these human beings and their physical capacity to travel all over the world, expected of an artist in the art world right now. I think it can be overwhelming.”

Ms. O’Grady, an 85-year-old conceptual artist, has been inundated with requests to appear on panels and make presentations. “Anything that involves travel at this point, she is declining,” said Mr. Gray. At 85, Mr. Bowling, who was born in Guyana and maintains studios in London and New York, has also put a moratorium on travel and interviews.

“At this point, for artists of advanced age, time is precious and there’s no more precious place to be than in the studio,” Mr. Gray said.

Recent traveling exhibitions such as “Soul of a Nation: Art in the Age of Black Power,” which opened Saturday at the Broad in Los Angeles, have illuminated the pantheon of black artists working in the 1960s and 70s. “There has been a whole parallel universe that existed that people had not tapped into,” said Valerie Cassel Oliver, curator of modern and contemporary art at the Virginia Museum of Fine Arts in Richmond.

Shattering the $2 million threshold, new auction highs were set last year for Sam Gilliam, 85, as well as Barkley Hendricks and Jack Whitten, both recently deceased. They built on the success of younger African-American artists such as Kerry James Marshall, 63, who recently broke $21 million at auction. (While the artists do not directly benefit when collectors sell their paintings at auction, the high prices make their newly created works more valuable.)

Ms. Pindell’s breakthrough came in 2014, when she signed with Garth Greenan, a Chelsea gallerist; since then a survey of her work has appeared at the Museum of Contemporary Art in Chicago and the Virginia Museum of Fine Arts and is now on view at Brandeis University’s Rose Art Museum.

But as a black abstract artist, Ms. Pindell found an inhospitable reception in New York after graduating from Yale in 1967. She was bucking the widespread expectation that African-American artists should create work about social issues.

“Within the African-American community in the 1970s, if you were an abstract artist you were considered the enemy pandering to the white world,” said Ms. Pindell. “But white dealers would say that African-Americans who did abstract work were inauthentic.”

Unbowed, she followed her own path. She worked in the curatorial ranks at the Museum of Modern Art, then began teaching at what is now Stony Brook University, while showing sporadically at galleries supporting underrepresented artists.

Even dealers who were starting to show women did not often include black women. At one gallery exhibition that had no black artists, she said, “I spoke vocally about that and one white woman came to me said, ‘Would you please be cooperative and shut up about race?’”

But on the upside, she can now afford studio assistants and a driver to take her to her teaching job.

Mr. Edwards, whose abstract, welded-metal sculptures have been acquired by five institutions in the last 18 months, including the Whitney Museum and Tate Modern, turns 82 in May. He, too, said that pursuing abstraction as a black artist was a lonely road.

His geometric barbed-wire and chain structures were shown at the Whitney in 1970, but it would be another two decades before he had his first gallery exhibition. Demand for his work has risen dramatically in recent years as a result of museum shows.

“You invent your own game — and then you push it forward,” said Mr. Edwards, who taught at Rutgers for 30 years. “It’s about time the art world caught up.”

Not Defined by Race

In some cases, the older artists have had younger African-American stars to thank for the new attention. Mark Bradford, 57, the renowned Los Angeles artist who represented the United States in 2017 at the Venice Biennale, lobbied his gallery, Hauser & Wirth, to take on Mr. Whitten, one of Mr. Bradford’s inspirations. And the conceptual artist Charles Gaines, 75, Mr. Bradford’s former teacher, will have his first show with the gallery in the fall.

Yet there’s a rub for older artists whose work has never overtly addressed identity or politics, as Mr. Bradford’s work does.

Michael Rosenfeld, who represents the geometric painter William T. Williams, 76, and the sculptor Barbara Chase-Riboud, 79, said they both “purposefully withdrew from the commercial gallery world for decades,” because they did not want their work to be seen through the lens of identity.

Still, race is an undeniable factor in the market’s new embrace. Rachel Lehmann, co-owner of Lehmann Maupin, which represents Mr. Binion, said she has asked buyers what they responded to in the artist’s work.

Like Mr. Binion, Mr. Edwards has welcomed the new income, which allowed him to buy a second home, in Senegal, and the freedom to experiment there with tapestries, which he hopes to show in his fall exhibition at the Alexander Gray gallery. “I’ve got stacks of ideas and things to do,” said the sculptor.

On a personal level, he has college-age grandchildren and would “like to contribute as much as I can to that,” he said. “When the money comes, we can use it.”

He is philosophical about all the new attention.

“Some is serious, some is fickle and some is not at all positive — you just have to find your way through it,” he said.

“But I’ll say this,” he continued. “I don’t think we’ll ever be out of the western world’s art world the way we were before. That just won’t happen anymore.” 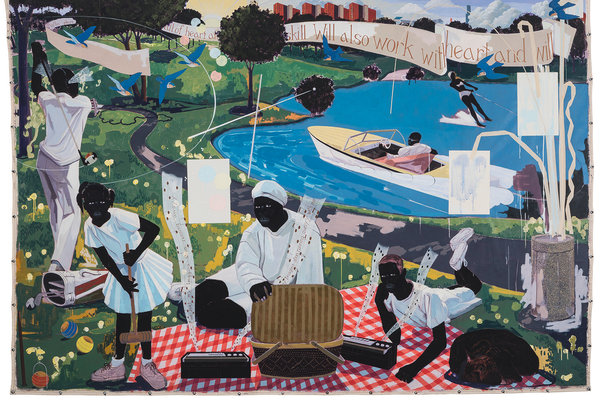 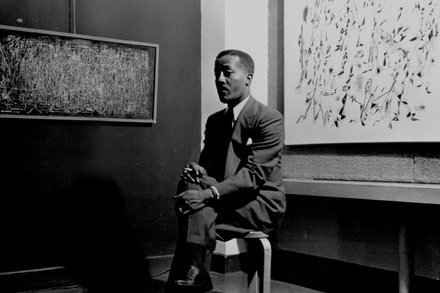 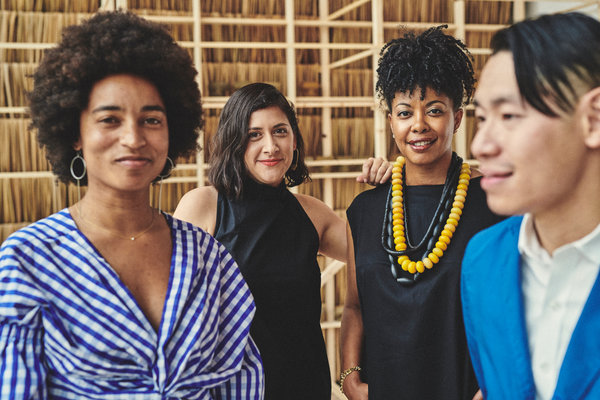 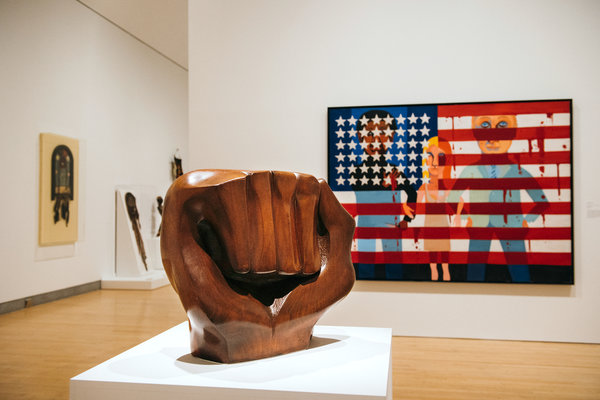