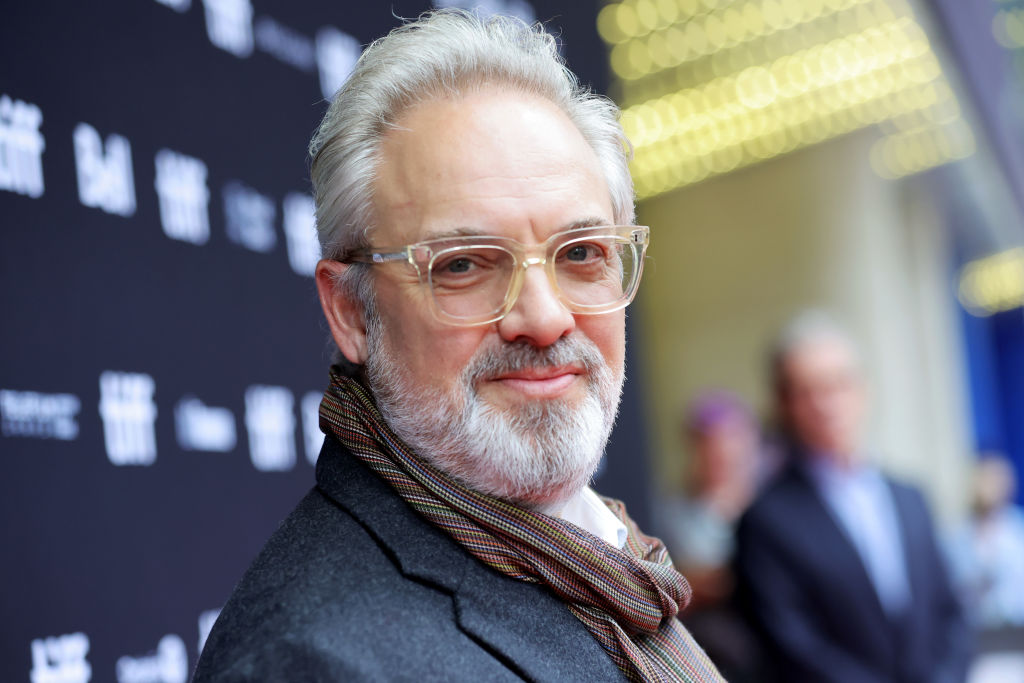 Academy-award winning filmmaker Sir Sam Mendes is totally open to the possibility of having gender-neutral awards at the Oscars.

The 57-year-old, who won best director at the Oscars in 1999 for his first film American Beauty, said he had ‘total sympathy’ with the idea.

His comments come after The Crown star Emma Corrin, who identifies as non-binary and uses the pronouns they/them, said they hoped that award shows will opt for gender neutral categories at future ceremonies.

Sir Sam said: ‘I have total sympathy with it and I think it might well be inevitable in the end. Because I think that’s the way it’s moving and I think it’s perfectly reasonable.’

He added to the BBC’s Laura Kuenssberg: ‘For me, people forget with awards, I think this happens all the time that they use it as a bellwether for the industry, but the truth is awards are a TV show.

‘Awards are there to promote films. If that film wins an award, I’m more likely to go and see it and that’s what you’re doing there. It’s not about yourself, it’s not about the art or craft of the industry especially. It’s about selling films.’

Sir Sam clarified that he’s ‘not dismissing the importance’ of awards, but explained their purpose is to ‘promote films and the craft and art of films.’

‘They’re the shop window but they’re not the thing itself.’

Speaking recently about how award show categories can be made more inclusive, My Policeman star Emma shared that they’re hopeful for change in the future.

‘I don’t think the categories are inclusive enough at the moment. It’s about everyone being able to feel acknowledged and represented,’ they said.

When interviewed by the BBC Radio 4’s Today, they argued more representation was needed in the entertainment industry to encourage ‘urgency’ around addressing the subject.

‘When it comes to categories, do we need to make it specific as to whether you’re being nominated for a female role or a male role?’ they said.

‘You can discuss awards and representation, but really the conversation needs to be about having more representation in the material itself.’

‘The content that we are seeing for non-binary people, for queer people, for trans people – I think that will change a lot.’

And it isn’t just Emma and Sir Sam in support of the shift, as Hugh Jackman has also said he’s a ‘big fan’ of one day having genderless categories.

‘That would be a really positive step,’ said the star, who has been nominated for the best actor in a motion picture gong at the Golden Globes for his performance in The Son.

‘I don’t understand why it’s split into just two genders when we all know it’s a much bigger spectrum.’

The Wolverine actor told the BBC that ‘whatever the mix is, we should maybe just break down any of those categories that end up being divisive and unnecessary.’