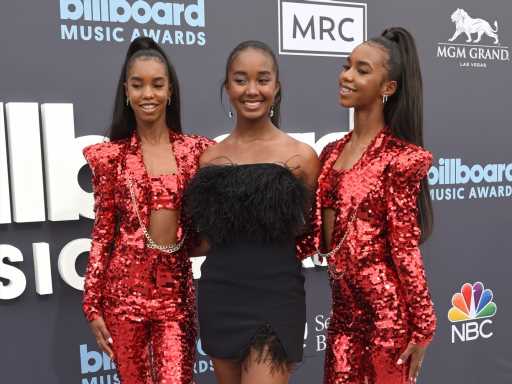 The Las Vegas Strip was the place to be on Sunday night where the 2022 Billboard Music Awards brought music’s A-listers together. Sean “Diddy” Combs was the show’s host and executive producer, but it was his three daughters Chance Combs, 16, and 15-year-old twins, D’Lila Star and Jessie James Combs, who had everyone talking.

The trio is becoming red-carpet pros lately having been featured in Vanity Fair last year and walking the Dolce & Gabbana show. Chance sported a black mini dress with feathers at the neckline and around the hem. She paired the look with black-and-white strappy sandals and simple diamond drop earrings. D’Lila and Jessie went for a full-out sparkle in matching red-sequin pantsuits with a crop top underneath. The look was accessorized with a silver chain across the jacket and elegant high ponytails for the perfect red-carpet edge. 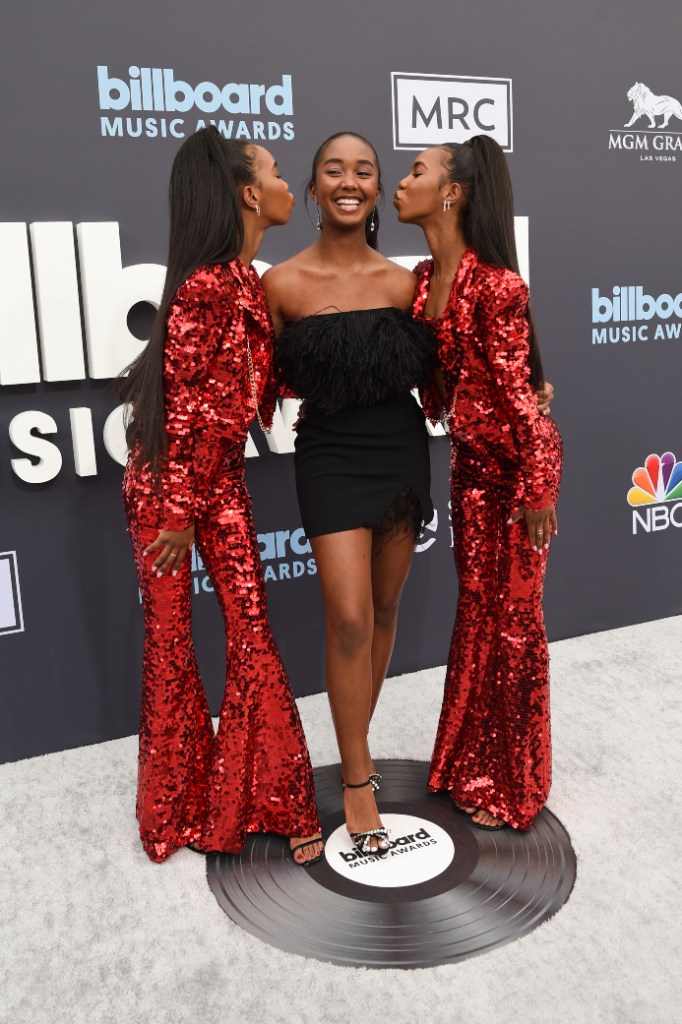 The theme of family is important to Sean, who is mentoring all of his six children to take over his business empire when he is ready to retire. That’s why he thinks it’s important to expose all of his kids to industry events at an early age. He wants his family to “inherit the keys to his kingdom in equal parts,” so his daughters will have as much power as his three sons — a terrific equitable lesson for the corporate world.

That means his teen daughters will one day be running some part of his Combs Enterprises portfolio, which includes Bad Boy Worldwide Entertainment Group, Sean John, Combs Wine & Spirits, AQUAhydrate, The Blue Flame Agency, REVOLT Films, and REVOLT MEDIA & TV. That’s definitely not a bad place to start if they want to follow in their dad’s epic footsteps.

Before you go, click here to see the net worth of 15 mega-rich celebrity kids.