NEW ORLEANS — Le Musée de f.p.c. is devoted to the story of the free people of color of New Orleans, as told by their descendants.

Kim Coleman, 29, a curator at the museum whose grandmother was born three blocks from Le Musée, says that she sees it as a “reminder of who built the city culturally, politically and economically,” even as the black population of the surrounding Tremé-Lafitte neighborhood dropped to 64 percent from 92 percent after Hurricane Katrina.

Before the Civil War, free people of color made up a higher proportion of the population in New Orleans than anywhere else in the United States. At the time of the Louisiana Purchase, free black residents made up about 20 percent of the city’s population, largely because French and Spanish officials had allowed enslaved people to purchase their freedom.

Le Musée de f.p.c. is on the first floor of a grand, white-pillared mansion on Esplanade Avenue. Two hundred years ago, French-speaking Afro-Creole free people of color owned much of the property along Esplanade, a broad boulevard shaded by massive, gnarled live oak trees.

Free people of color, or gens de couleur libre, were highly educated, though their occupations didn’t always reflect that. Some held prominent positions — as composers, artists, artisans — but their primary occupations were carpenters, cigar makers, shoemakers, laborers and deliverymen. They also played a notable role in the city’s sugar industry in the early 1800s, after thousands of free people of color arrived from the French colony of Saint-Domingue, now Haiti.

“In this area, free people of color left their fingerprints on everything,” said Beverly Stanton McKenna, a newspaper publisher who founded the museum in 2008 with her husband, Dwight McKenna.

In the museum, the history is told through rooms hung salon-style with documents, paintings and photographs that shed light on the French and Spanish colonial eras and enslavement, the Civil War and Reconstruction. Alongside sculpture in the museum’s front parlor stands a sizable portrait of Louis Charles Roudanez, the pioneering Paris-educated physician and Civil War-era publisher whose spirit guided the McKennas’ vision for the museum.

Despite the grandeur of the setting and its deep history, the museum’s name reflects the humiliations that free people of color, no matter how wealthy, endured before the Civil War. In documents, their racial status was abbreviated in lowercase letters: f.p.c. They couldn’t vote or hold public office, couldn’t establish organizations without permission. In many of the painted portraits women wear tignons — head wraps that a Spanish governor began requiring of all women of color in 1786 — as a way of indicating inferior status.

The museum’s tours, which are by appointment only, are led by one of about a dozen docents, almost all of whom have roots within the city’s community of free people of color. When the docent Delores Heglar, 71, is giving a tour, she likes to spend a little extra time explaining the Louisiana Purchase and its devastating effect on the city’s free people of color.

“Think of it this way,” Ms. Heglar said. “I’m a lawyer. I can practice freely. I have money in the bank. If a white person commits a crime against me, I can go to court. I can move freely around the city, whether I’m slave or I’m free. But once the United States purchased Louisiana and Louisiana becomes a state, I have to carry papers wherever I go. I can no longer speak in court. I have to have a white person represent me, even though I have more money than he does and my law degree is probably better.” 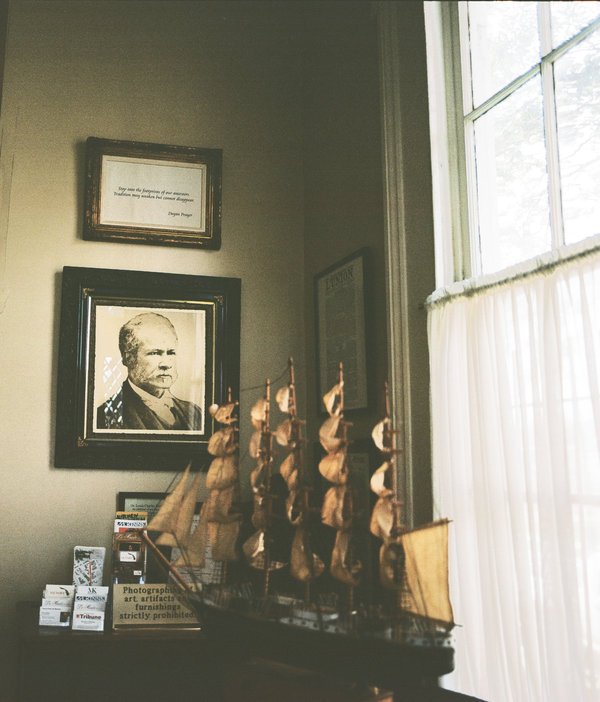 In other American cities, these racial restrictions might have seemed routine. But in New Orleans, free people of color had already experienced freedom, Ms. Heglar said. “So naturally, if you put your thumb on me, I’m going to find a way to resist.”

And many did resist. During Reconstruction, free people of color were the driving force behind Louisiana’s progressive constitution in 1868, which gave equal civil and political rights to all black men and established a state-funded, racially integrated public school system.

After Reconstruction was scrapped, a committee of New Orleans activists, including a shoemaker, Homer Plessy, plotted a legal case against racially segregated train cars, an 1892 effort that backfired with the United States Supreme Court decision Plessy v. Ferguson in 1896, ushering in the Jim Crow era across the Deep South.

Then in the 1960s, descendants of the same New Orleans community fought, once again, for voting rights and school integration, in ways that led the nation.

In the days after Hurricane Katrina, the McKennas founded Le Musée de f.p.c. in the same spirit, as a remonstrance to arguments that many of the city’s poorest black citizens should not return. By that time, they had collected a lifetime of documents, photographs and artwork. Not a scrap of it was ruined in the waters that flooded 80 percent of the city after the storm.

“To us, it was a sign that we should open our collection and share it with people who are not familiar with this rich history,” Ms. McKenna said. “You could say, in a way, that it’s been hidden from us.”

Today, inside Le Musée de f.p.c., walls and shelves reveal rarely seen documents — manumission papers granting freedom to former slaves, property records showing that one-third of the French Quarter was once owned by people of color and, finally, a replica of a petition that was hand-delivered in 1864 to President Lincoln by two prominent free black men from New Orleans, Arnold Bertonneau and Jean Baptiste Roudanez, the brother of Louis Charles.

The petition, signed by more than 1,000 free men of color, asked Lincoln to enact universal suffrage for black men. “We are men, treat us as such,” the petition read.

The president met with the two men, told them that their suffrage was up to the state of Louisiana, and then wrote a letter to Louisiana’s governor urging him to allow some black voters.

On a side wall of her museum, Ms. McKenna displays a photograph of her great-grandmother, who was born into slavery in Giles County, Tenn., in 1860. Below it hangs a photo of her father as he graduated from Meharry Medical College in Nashville in 1929. By 1933, her father became one of the first two black men elected to the Indiana State Legislature.