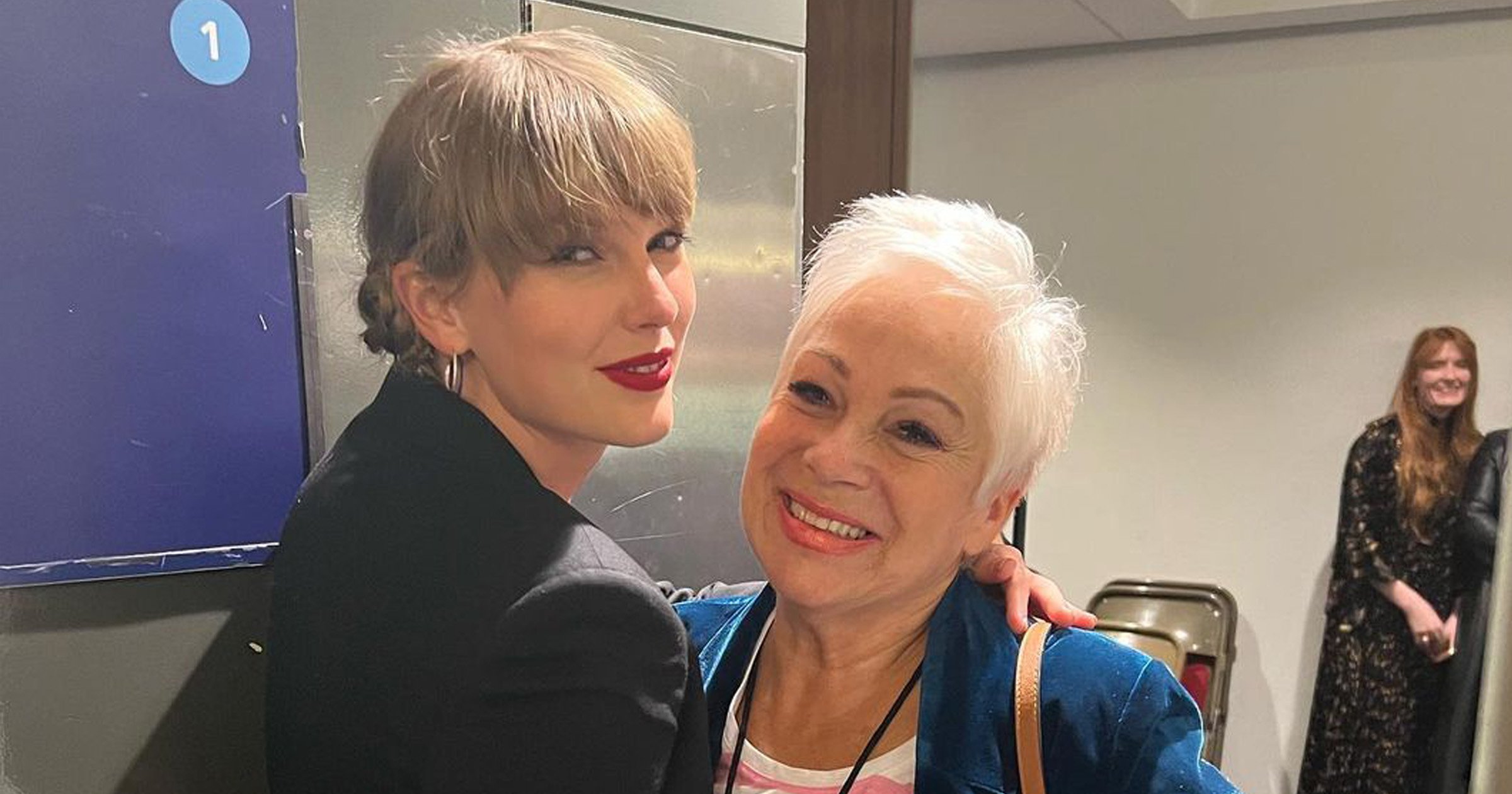 Denise Welch is meeting a whole load of megastars through her son Matt Healy.

The 64-year-old Loose Women star and Coronation Street actor looked ecstatic as she attended The 1975’s gig on Thursday and hung around backstage with Taylor Swift, who made a surprise appearance on stage much to the delight of the O2 Arena London crowd.

The Love Story singer walked on with a knowing grin and performed her chart-topping hit Anti-Hero live for the first time, before covering The 1975’s song The City.

Matty, the band’s frontman and Denise’s eldest son, has revealed in the past the band worked with the star on unreleased tracks for her tenth studio album Midnights, which is how they must have bagged Taylor for the concert.

As for mum, she looked to be having a grand old time, as in one picture Denise is seen cosied up to Taylor in what looks like a happy embrace.

The 1975 fans also spotted someone lurking in the background of the snap – the one and only Florence Welch, superstar frontwoman of Florence and the Machine.

But there’s more: the soap star also took an enthusiastic selfie with singer Charli XCX, and appeared in a picture alongside Loose Woman co-star Frankie Bridge too.

Captioning the pictures, Denise wrote: ‘Oh what a night at a sold out 02. So proud I can’t even begin!!’ before tagging those involved.

In a separate post not long after, Denise gave Florence the limelight she is surely due and shared a picture of the pair together.

The actress also posted a video from The 1975’s first night on their UK tour in Brighton a few days earlier.

Denise opened up about their relationship on Loose Women in 2020, when she said: ‘My husband and I both agree we held on far too long and we were making each other miserable and thankfully we’ve now got a great friendship.

‘I genuinely used to think that being unfaithful wasn’t the worst thing you could do in a relationship. There were infidelities on both sides… which you girls know about.’

As for her son Matt, this is only the start of his 12-date tour across the UK with bandmates Adam Hann, Ross MacDonald and George Daniel.

Wonder who Denise will be rubbing shoulders with next?