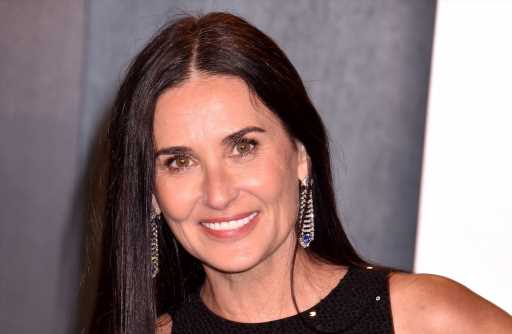 For our favorite Hollywood stars, going under the knife for botox and lip fillers is pretty common. Which is why celebrities constantly spark speculation online if they’ve gotten surgery and even more so, there are always people trying to guess what kind of surgery they had. To be clear, there’s absolutely nothing wrong with having work done — celeb or not. Recently, Demi Moore’s walked on the Fendi runway for Paris Fashion Week, and left people in shock over her unrecognizable appearance. Her “new face” sparked rumors and it had everyone wondering: did Demi Moore get plastic surgery?

The 58-year-old opening Fendi’s Spring-Summer 2021 was a surprise in and of itself. This marked the actress’ fashion show debut and honestly? She’s a natural. See her walk below!

“Fulfilling a teenage dream… Thank you @mrkimjones for having me open the @Fendi SS21 show and congratulations on a beautiful and magical debut!” Moore gushed on Instagram. Moore strutted in a black off-the-shoulder jacket and matching pants. Her look was accompanied by a pair of long statement earrings (similar to the ones Kate Moss wore at the same show).

While Moore’s look was dazzling to our eyes, her face soon became the center of the talk online. Her defined cheekbones caught the eye of the internet and while some of it of course was dramatized with makeup, many claimed that she looked nothing like her old self.

“Demi Moore appears in Paris looking nothing like Demi Moore,” wrote on user on Twitter alongside a series of four pictures — three from the fashion show and a snap where her face appears much more rounded out.

Another person pointed out that if the actress did indeed have surgery, it seems as though she did so recently.

The tweet compared a side-by-side profile of Moore in December 2020 and at the Fendi show, and the actress’ face does appear to have distinct differences — but either way, Demi is still Demi, and she’s gorgeous.

Whether or not she had plastic surgery, we think it’s safe to say Demi Moore stole this show!