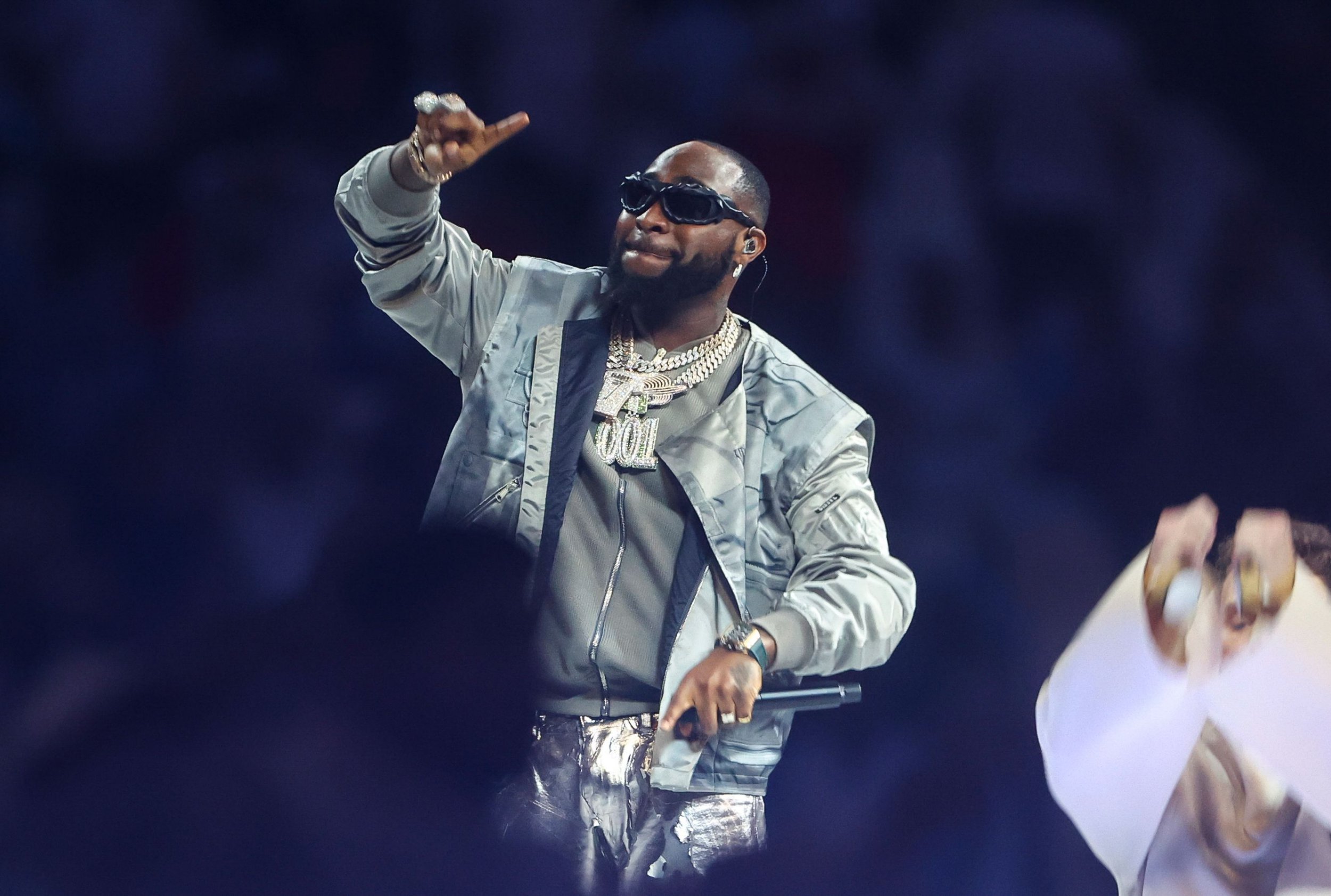 Davido was supported by fans the world over as he made his return to the stage during the Qatar World Cup closing ceremony following the death of his three-year-old son.

The Nigerian Afrobeats singer was among a host of artists entertaining the audience at Lusail Stadium ahead of Argentina’s anticipated clash against France in the World Cup final.

It was Davido’s first major public appearance since the death of his youngest child, son Ifeanyi Adeleke, who died after reportedly drowning in a pool at the singer’s home in Lagos, Nigeria on October 31.

The 29-year-old musician has not spoken out about the heartbreaking incident but fans were pleased to see him back on-stage after time out of the spotlight.

One fan commented as the closing ceremony got underway: ‘He had to battle with the loss of his son. It’s never a beautiful experience for any parent to lose their child, but to see him perform at the biggest stage gladdens my heart.

‘I’m supset [sic] proud of Davido What an incredible sight.’

Another fan wrote on Twitter: ‘Great to see Davido performing on the big #FIFAWorldCup stage after his recent loss.’

Sharing similar sentiments, another said: ‘Very good to see Davido back after his terrible loss of his own.’

The World Cup opening ceremony was shrouded in controversy with celebrities criticised for taking part amid the controversy surrounding Qatar’s human rights issues.

Over the course of the tournament, the nation has been scrutinised over its laws against same-sex relationships, as well as the deaths of domestic workers in the country.

Hollywood star Morgan Freeman made an appearance delivering a monologue at the start of the World Cup, while BTS star Jin was among the few performers.

David Beckham has also come under fire for his role as an ambassador for Qatar tourism in a contract said to be worth an estimated £10million.