‘Bridgerton’ Season 2: Everything We Know

Dynevor, 25, plays Daphne Bridgerton on the Netflix show, while Page, 31, took on the role of her love interest, Simon Basset (otherwise known as the Duke of Hastings).

“I had a bit of a heads up, so I knew,” the actress said on the Thursday, May 20, “Variety Awards Circuit Podcast” episode. “But yeah, I guess it is a spanner. But again, the show centers around the Bridgertons, and there are eight books. And I think maybe the fans of the books were more aware of that happening than the fans of the show. Because I think the fans of the books know that every episode is about a different sibling. And we’re very much passing on the baton to the lovely [Jonathan Bailey], who plays Anthony, and that will be the main storyline of season 2 and the story arc of season 2.” 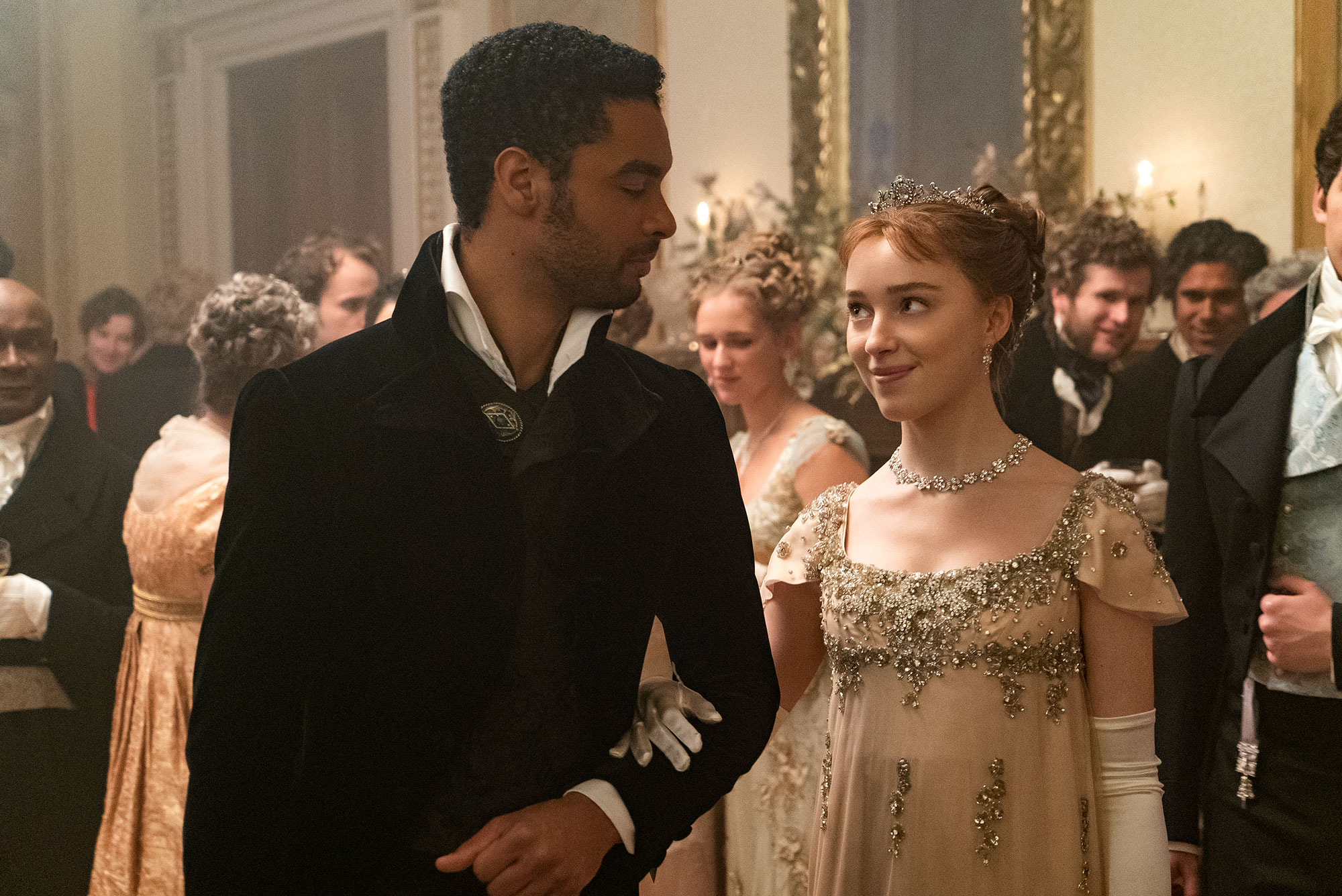 Netflix announced that the actor was leaving the show on April 2 with a statement written in the voice of the show’s narrator, Lady Whistledown.

“Dear Readers, while all eyes turn to Lord Anthony Bridgerton quest to find a Viscountess, we bid adieu to Regé-Jean Page, who so triumphantly played the Duke of Hastings. We’ll miss Simon’s presence onscreen, but he will always be a part of the Bridgerton family,” the statement said. “Daphne will remain a devoted wife and sister, helping her brother navigate the upcoming social season and what it has to offer – more intrigue and romance than my readers may be able to bear. Yours truly, Lady Whistledown.”

Stars Who Are Obsessed With ‘Bridgerton’

Page shared the statement, adding a sweet message of his own. “Pleasure and a privilege! An honour to be a member of the family — on and off screen, cast, crew and incredible fans — the love is real and will just keep growing,” he wrote.

Though the announcement came as a shock to many, the Mortal Engines actor never planned to return to the series.

The London native liked the idea of his run on the show being “like a limited series,” mentioning to Variety that there’s “value in completing these arcs and sticking the landing.” 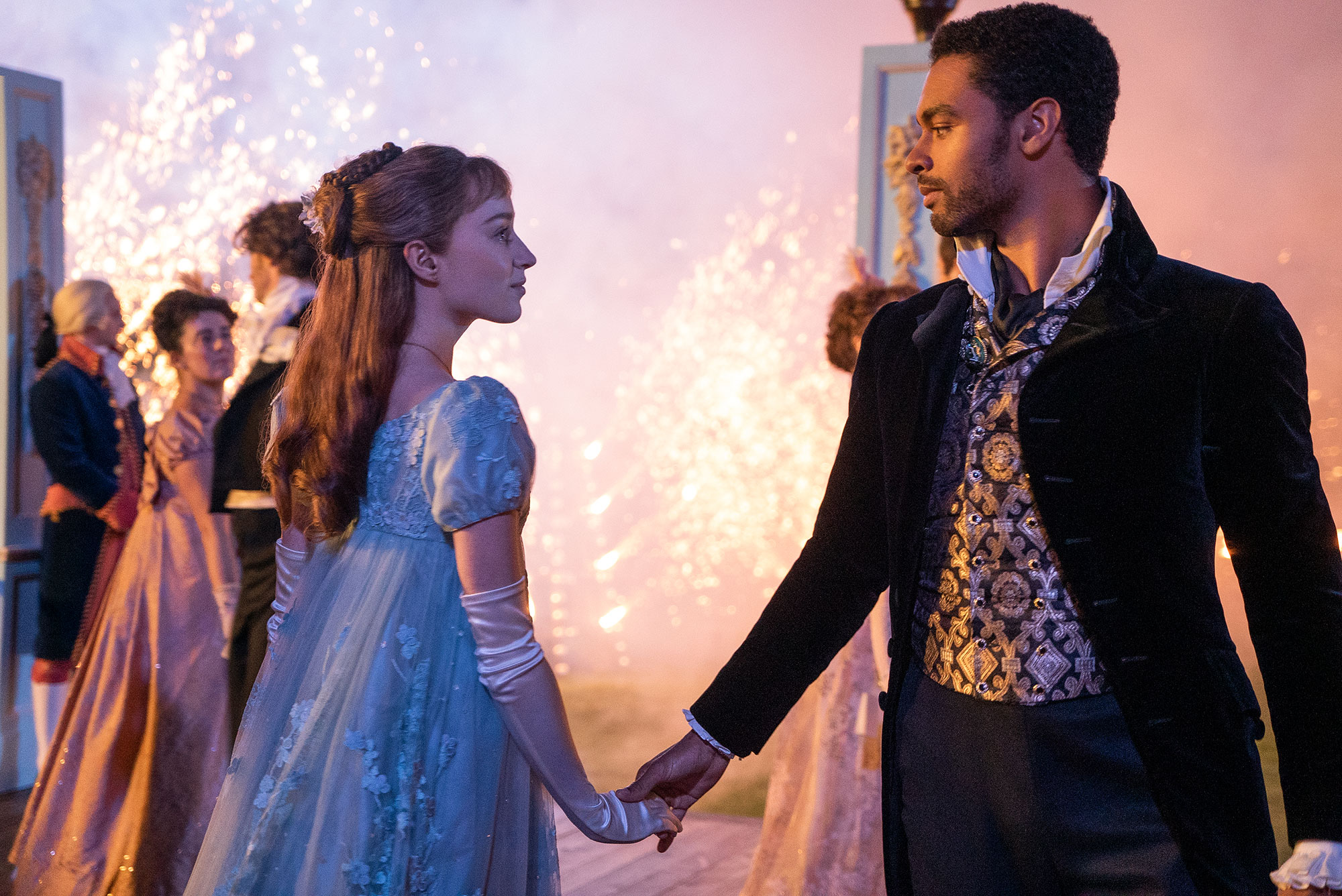 Bridgerton was picked up for season 2 in January. The show, which is set in regency-era England, quickly became Netflix’s most-watched original series after its Christmas Day 2020 premiere.

While season 1 focused on Dynevor and Page’s characters, subsequent episodes will pay closer attention to the love stories of different members of the Bridgerton family. Season 2 will focus on Jonathan Bailey‘s Anthony Bridgerton, but likely won’t look exactly like its source material: Julia Quinn’s novels of the same name.

Get to Know the Gorgeous Cast of Netflix’s ‘Bridgerton’

“With all the books and the relationships in the series, I think Julia Quinn has always been sort of saying the books are the starting point and the writers can have fun around it,” Luke Thompson, who plays Benedict Bridgerton on the show, said during a SAG Awards pre-show on Sunday, April 4. “The main structure is the book, yes, but the writers are also having fun with it, like all the other departments are.”