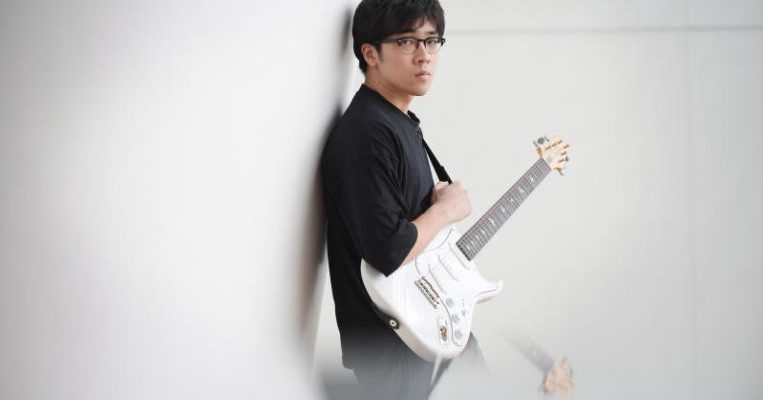 In the home-grown indie music scene, there are few who can match Charlie Lim in musical dexterity.

His concert at The Star Theatre, his largest headlining gig to date, was testament to the wide scope of his three-album repertoire.

The folk troubadour who can switch effortlessly between velvety croonings and high falsettos, the R&B singer with heartbreaking tunes, the soulful artist with a penchant for both vintage jazz and modern electronic music; all of these aspects of him, and more, were on display in the 90-minute set.

The gig was not perfect – there were a few technical snafus, such as ear monitor problems, that resulted in him hitting a few bum notes. And while Lim can be exceptional as a singer, a guitarist and keyboard player, he was hardly a showman.

The banter between songs was awkward, too many “how you guys doing” aimed at the 1,600-strong audience, most of whom looked to be in their twenties. He also looked a tad uncomfortable in the numbers where he sang without playing any instruments.

But what he lacked in flashy theatrics, he more than made up for with his unabashed emotionalism, tasteful stage lighting and a solid rapport with his backing band, The Mothership.

A tight unit made up of exceptional musicians led by music director and jazz whizz Chok Kerong, the band brought a dynamism to the live renditions of the electronic tunes found on Lim’s new album released in October, Check-Hook.

Lim also brought on the guest artists who feature on the new album.

The gig’s energy level peaked during the cameos by the local rap scene’s brightest upstarts, Fariz Jabba and Yung Raja, on Better Dead Than A Damsel while Weish, singer from the concert’s opening act, electronic duo .gif, did a sterling duet with him on Premonition.

Backing singers Vanessa Fernandez and Eugenia Yip, neo-soul artists in their own right, brought flair to older songs such as There Is No Love from his 2011 debut, EP.

But make no mistake, it was Lim who shone the brightest on stage. His jazzy drawl on Blah Blah Blues from Time/Space, his second album released in 2015, was seductive and his expressive voice stood out even among the layered instrumentation of songs like the funky Pedestal and electronic-samba blowout Circles.

Even better were the renditions of the two most emotionally drainingsongs on Time/Space.

The six-and-a-half-minute long Bitter shone with its florid arrangement while the concert ended on a high note with his stripped-down, impassioned rendition of Light Breaks In, featuring just his voice and his electric guitar.

That is Lim’s strength as an artist right there, his ability to elevate a tune with the bare essentials.

It is what made his recent remake of We Are Singapore one of the most poignant National Day Parade themes of recent times, and the show is a splendid example of how far artists from the home-grown indie scene have come.