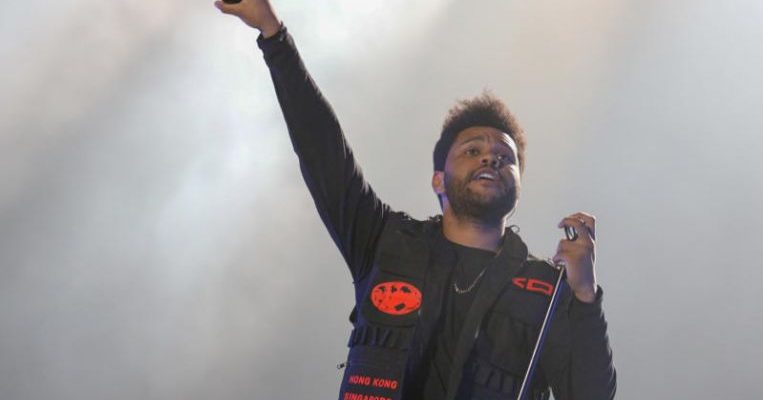 Singapore is ready for more large-scale gigs by urban acts, if The Weeknd’s debut concert here was anything to go by.

The Canadian alternative R&B superstar, whose real name is Abel Tesfaye, weaved through R&B balladry, rap, electronica and mainstream pop over 80 minutes, with plenty of energy.

Donning a military-style vest emblazoned with the names of all his Asian tour stops, he opened with the powerful Pray For Me, off the soundtrack to 2018 superhero flick Black Panther.

His honeyed vocals and effortless high notes took on hit after hit as he went from the chart-topping Starboy to Party Monster.

The speakers of the venue almost seemed to strain under the weight of the bass and power of his lean backing band, made up of drums, guitars, keys and percussion. The energy on stage was matched by the crowd of over 7,000, an impressive number, given that his debut album Kiss Land was released in 2013 and his breakout song, The Hills, came out in 2015.

The 28-year-old was equally adept at slow-burning numbers like Sidewalks, with its squealing electric guitars, and in expressing the pain and heartbreak of Call Out My Name.

Despite that track, Tesfaye seems very much in love with supermodel girlfriend Bella Hadid, who was spotted watching the concert from behind the sound console singing along. Earlier in the day, the couple had shared photos of themselves at Universal Studios Singapore on Instagram.

The three-time Grammy award-winner covered the breadth of his repertoire, from early material like House Of Balloons/Glass Table Girls to later mainstream pop hits like Can’t Feel My Face and Earned It.

Then there was the flurry of gleaming 1980s-style, synthesiser-heavy numbers, namely In The Night, Secrets and I Feel It Coming, which he delivered with panache.

But Tesfaye was able to deliver an atmospheric show with dramatic lighting, well-timed pyrotechnics and solid singing.

No matter who the camera panned to in the standing-pen crowd, the person seemed to know all the lyrics.

Urban acts rarely hit Singapore shores, but when they do, they make you wonder why more do not come our way.